Kluge Interactive is a fitness update for Synth Riders, free package features that will help during isolation to keep themselves in shape all the fans of dance rhythms in VR. Players Oculus Quest and PCVR can enjoy these functions together in a new weekly training “Synth Sundays” with professional trainers.

Synth Riders is an action-rhythm VR game, offering a unique combination of dance and pleasant physical exercises that not only can help players to burn some calories but also reduce stress and improve their mood. The game features 33 songs in various genres, official support custom songs (also on Oculus Quest), and cross-platform multiplayer.

With the new update, players can now track their training progress thanks to the integrated YUR.watch VR Fitness Tracker. This virtual fitness tracker allows players to track their heart rate, counting sit-UPS calories burned, and record the progress in just one movement of the wrist. Fitness training in Synth Riders also becomes more intense with the “big game modifier zone” and smoother thanks to a new “nonstop mode” that offers a continuous flow of music and physical activity.

Staying at home, the Synth players Riders can still chat with other players around the world and enjoy together in the improved multiplayer mode for up to 10 players in the room. In addition to the connection through voice chat and fight for high scores, players can now even see avatars of each other.

The developer invites everyone to join the first living fitness training in VR during the opening of the weekly lessons and training “Synth Sundays”. Players will be able to meet Carize and HeyFalcon, professional Twitch streamers and trainers, who will conduct the training through open rooms in multiplayer games. Classes begin on April 5 and will be held every week. Players will be able to join the trainers to conduct their own workouts or watch the event live: multitwitch.tv

“We are pleased to work with YUR on a solution that can help our players to remain active in these uncertain times, when many traditional options for fitness available. We believe that the “Synth Sundays” will be a great way to unite our players for training and social interactions that are now possible only in a multi-user VR mode” — Abraham Aguero Benzecri (Creative Director). 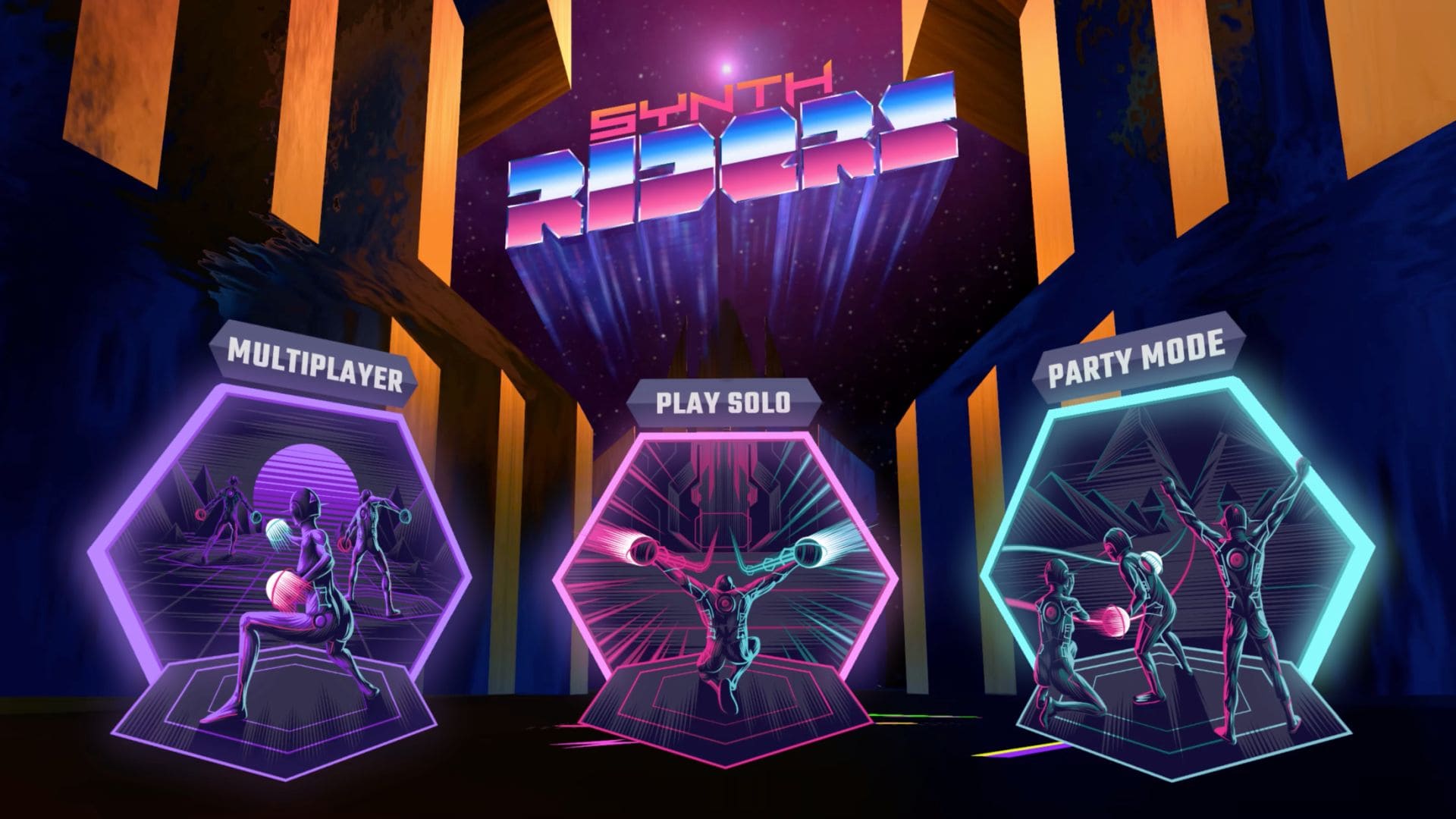 Highlights of the updates:

● The calorie count in the game with YUR.watch VR Fitness Tracker

● The Multiplayer limit increased from 5 to 10 players per room

● Players are now represented by avatars

The fitness update is now available for free in Synth Riders Quest for Oculus and SteamVR.

Synth Riders was originally released for PC and Oculus VR Quest-like game for one player. Now the Studio has released a cross-platform multiplayer mode that allows you to create private and public groups (“lobby”) for five players.

Lobbies are social, says Kluge Interactive blog Oculus, however, all microphones are automatically disabled as soon as a song starts. Every multiplayer lobby counts the total number of wins for the player, while the leaderboard allows you to scroll through several results songs.

The Studio is calling this update the biggest at the moment. In addition to multiplayer functionality, it includes a redesigned user interface, a new song (“the Code War” from Nutronic), a new phase (“abstraction”), new avatars, new sound effects, and some updates to the map editor of the game.

According to the news on Steam, players can change the situation, choosing one of several modifiers such as “Prismatic Notes”, “Sudden Death” etc.

Take a look at the full list of changes below: