Inside the head of a schizophrenic thanks to virtual reality

With the oculus simulator developed by psychiatrists, one can now “feel the symptoms” of schizophrenia.

Who among us knows how a person with schizophrenia feels in times of crisis? This psychiatric illness, which affects 600,000 French people, is still largely unknown to the general public. Health professionals themselves could benefit from better understanding the feelings of these patients. This is the objective of the virtual simulator developed by Dr. David Travers, psychiatrist at the University Hospital of Rennes, on the initiative of the pharmaceutical laboratory Janssen.

Aimed at psychiatrists, this innovative device available on an oculus headset was presented to the media last week. The opportunity for The Figaro to test it, ahead of world mental illness awareness day this Monday.

By putting on the headset, the user is immersed in the skin of a person with schizophrenia in three situations of daily life (in front of the television, on a bus and at the video library). Seemingly innocuous, these situations soon become complicated by the symptoms of the disorder: auditory and visual hallucinations, feelings of persecution and stigmatization. The images and sounds sent to the user thus show him a TV presenter interrupting himself in the middle of a program to belittle him. On the bus, an inner voice repeats to him that he is “worthless” and insinuates that other passengers stare at him because he is “lame”, or poorly dressed. It is difficult to distinguish the real from the imaginary: this is what characterizes the disease.


By putting on the oculus headset, the user is immersed in three situations of everyday life perceived with the eyes of a schizophrenic. Here, a bus trip.

This device, not marketed, is currently presented to psychiatrists at medical conferences and congresses. The Janssen laboratory, which has developed several antipsychotics (haloperidol and risperdal among others) since the middle of the last century to combat this disorder, plans to make this technology available to them to help them “better understand the patient”.

A disorder still too unknown

If many people know the word “schizophrenia”, then the picture they have of it is very often incorrect. Wrongly associated with a split personality, it is actually a mental disorder related to a more complex brain dysfunction that affects one in 100 people. Schizophrenia is characterized by a number of symptoms: hallucinations, delusional ideas, disorganized speech and behavior, as well as a decrease in emotional expressiveness and willpower. These symptoms appear insidiously and gradually settle into the daily life of the patient. Most cases occur in adolescents or young adults between the ages of 15 and 25.

“This simulator could help to understand the disease and destigmatize it,” says Yann Hodé, a psychiatrist at the Bernese Jura hospital. “It is often claimed that the schizophrenic is someone who manipulates, but this is false,” he continues. “Ignorance fuels prejudice and avoidance. All this is linked to the false idea that the schizophrenic is someone violent”, recalls Véronique Antoine, vice-president of the association Promises which brings together relatives of those affected. “It is important to know that this disease evolves well and is cured. By treating people who suffer from it earlier, we will lead to better results and change the image of the disorder, ” says Yann Hodé. 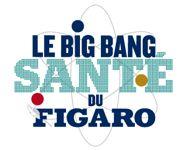 “Discover the new event of the editorial staff of Le Figaro

THE EDITORIAL STAFF ADVISES YOU:

Schizophrenia: What is delirium?

Schizophrenia: what if it were several diseases?

Too many misconceptions about psychiatric patients