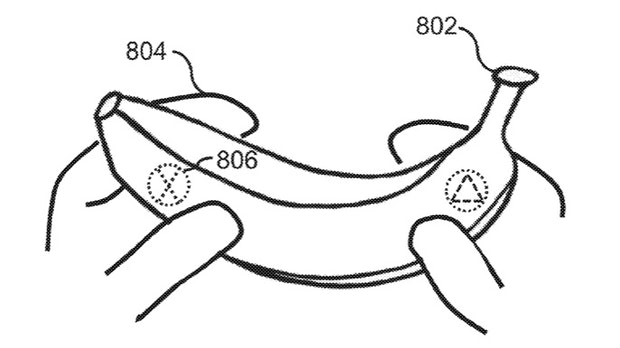 With the PS5 controllers, Sony currently has some problems. Now, a Patent by the Japanese group showed up, thanks to the Playstation with a banana control.

In the past few weeks, many PS have complained-5 players on Defects in the dual sense-controllers of the new console. In the US, a class is already running lawsuit against Sony because of the players complained about Drifting. The Crafting experts from Ifixit had at last identified the reason for the Controller of the problems seem to also be the controllers of Xbox One, Nintendo Switch and the PS4. Sony now wants to make bananas controllers.

Everyday objects as a PS Controller

A recently surfaced Patent, the banana is just one example of the Sony to the future control of the Playstation-designed objects. According to the description, it is a System for the production of inputs for video Games. This passive and non-luminous objects are to be used. At another point is that it should (also) be a simple, cheap, and non-electronic devices, such as game industry writes.

In addition to fruit, this might be a Cup or a pen, maybe a cushion or a spoon. This will be detected by the patented System, a camera and scanned. Then, an artificial intelligence in the Background, possible areas for the Playstation calculated buttons, and confirms this with the corresponding functions.

In addition to the use as a Controller, the input system can be used, but also elsewhere, for example, if in a particular game special items will be explored. The game experience will be immersive. Also, it should be possible to use two items, such as bananas, together. As an example, here is a steering wheel.

Sony could aim of the Patent System described mainly on users of its Virtual Reality headset. The Japanese company is working currently, despite initially, contrary to the statements of the leaders of the video game division to a new Version of the four years ago, launched the Playstation VR. Which is actually for the PS4 developed current Playstation VR but via an Adapter on the PS5 use.

If and when the above-described Patent from Sony will be learning are implemented and bananas to PS control, but is in the stars.