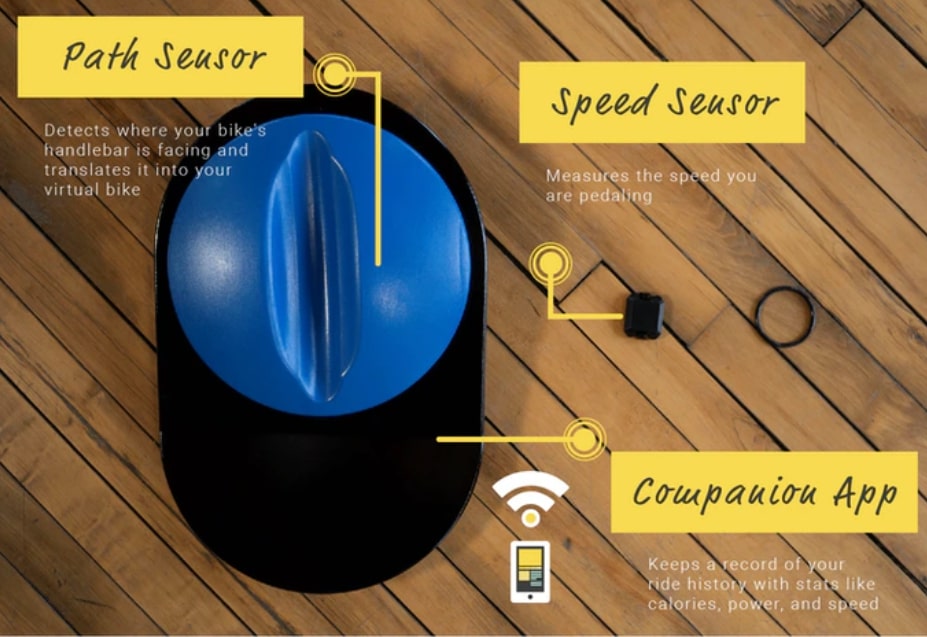 Ride through a variety of virtual landscapes, or create your own with Blync.

Kindona Limited, a small group of engineers and designers under the leadership of Izuchukwu Okonkwo, currently engaged in the development of Cycling controller with support for virtual reality, which will allow you to navigate through virtual worlds, sitting on your real bike.

According to the official Kickstarter page , the platform will include many virtual environments, games and stunts, multiplayer functionality and the ability to create a customized landscape.

“Blync idea came to me when my wife bought the bike, but was unable to ride it due to busy schedule and our two young children. When I was looking for a solution, I first experienced VR, ” says Okongwu. “Then I asked:” What if I can get my wife to feel that she goes outside while she is at home, using the VR system? “So I began to develop Blync”.

The system itself is ingeniously simple. The players start with, set rear wheel on a standard rack-trainer (not included) and attach the speed sensor to the hub. The front wheel is installed on the encoder that monitors the position of the steering wheel in real time, allowing you to turn in the game. There is also a companion app that you can use to track travel history, including calories, speed and power.

The promotional video shows that the device is used with auxiliary headset Oculus Go, although the company says it is currently working on support for other major platforms and devices. Those who do not have the gear VR headset, can instead use a standard computer monitor, although the team recommends the use of VR for more fun fitness. 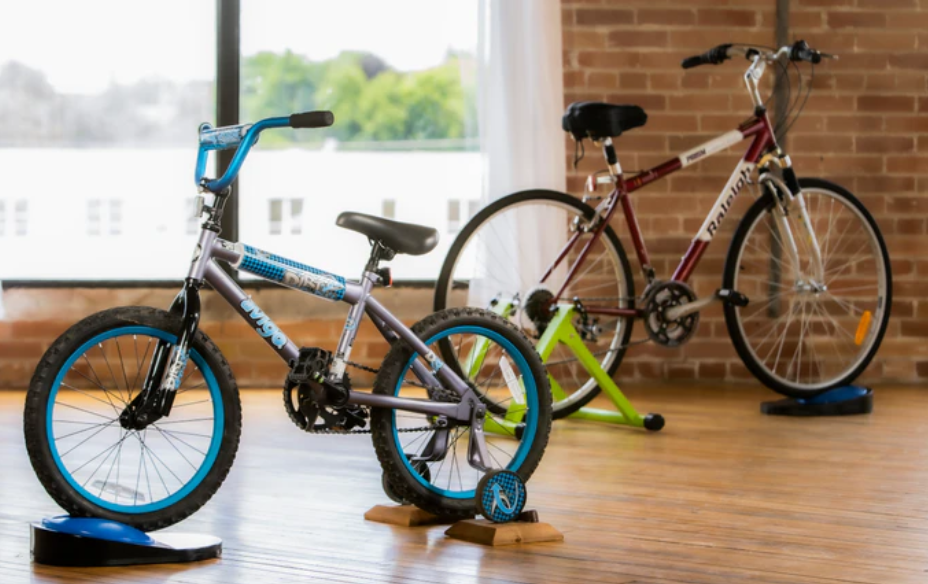 At the time of writing Blync collected half of its targeted funding in 22742 dollar, and by the end of the campaign only 22 days. Pending successful funding of the first wave of devices will begin to ship the first sponsors from January next year. Those wishing to learn more can visit the official Kickstarter page .