VR-app Bigscreen gets the video player

VR-app Bigscreen gets the video player 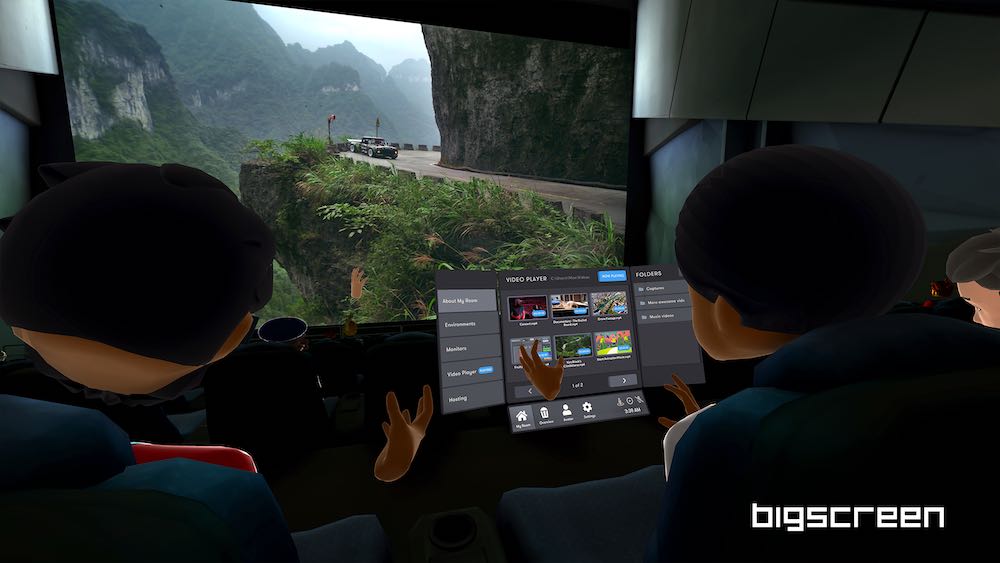 Social VR application Bigscreen gets the video player. This should particularly appeal to users of Quest.

By sharing the desktop screen users Bigscreen can migrate your Windows desktop in virtual reality and share it with others, to listen to music or watch movies in a virtual environment.

Official streaming movies is implemented in cooperation with major studios and allows users to visit the Bigscreen cinema.

With the help of video player now has a third option of viewing content on a larger screen: you can download (3D) films on the VR glasses like the Oculus Quest, and play them back at any time and any place on the big screen, without connecting to the Internet or player PC.

The video player supports many formats and codecs and offers its own interface Bigscreen, arethis for VR.

New playback function has an important limitation: if you want to watch a movie stored on the device, with other users Bigscreen, on your both devices must be set to the same movie file. Reason: I can’t broadcast for copyright reasons. Thus, the video player sinhroniziruete the video only during playback.

It works on all supported VR-glasses and platforms. Support self-sufficient points 3DoF Oculus Go will be discontinued in August 2020, as Facebook no longer sells the device and does not allow app updates from the end of the year.

Bigscreen was founded in San Francisco in 2014, has received investment capital of $ 14 million and has ten employees. According to the developer, free social app for virtual reality, which is available for almost all of virtual reality glasses, has more than 1.5 million downloads.