Four of the VR headsets release in the spring of 2019

Four of the VR headsets release in the spring of 2019 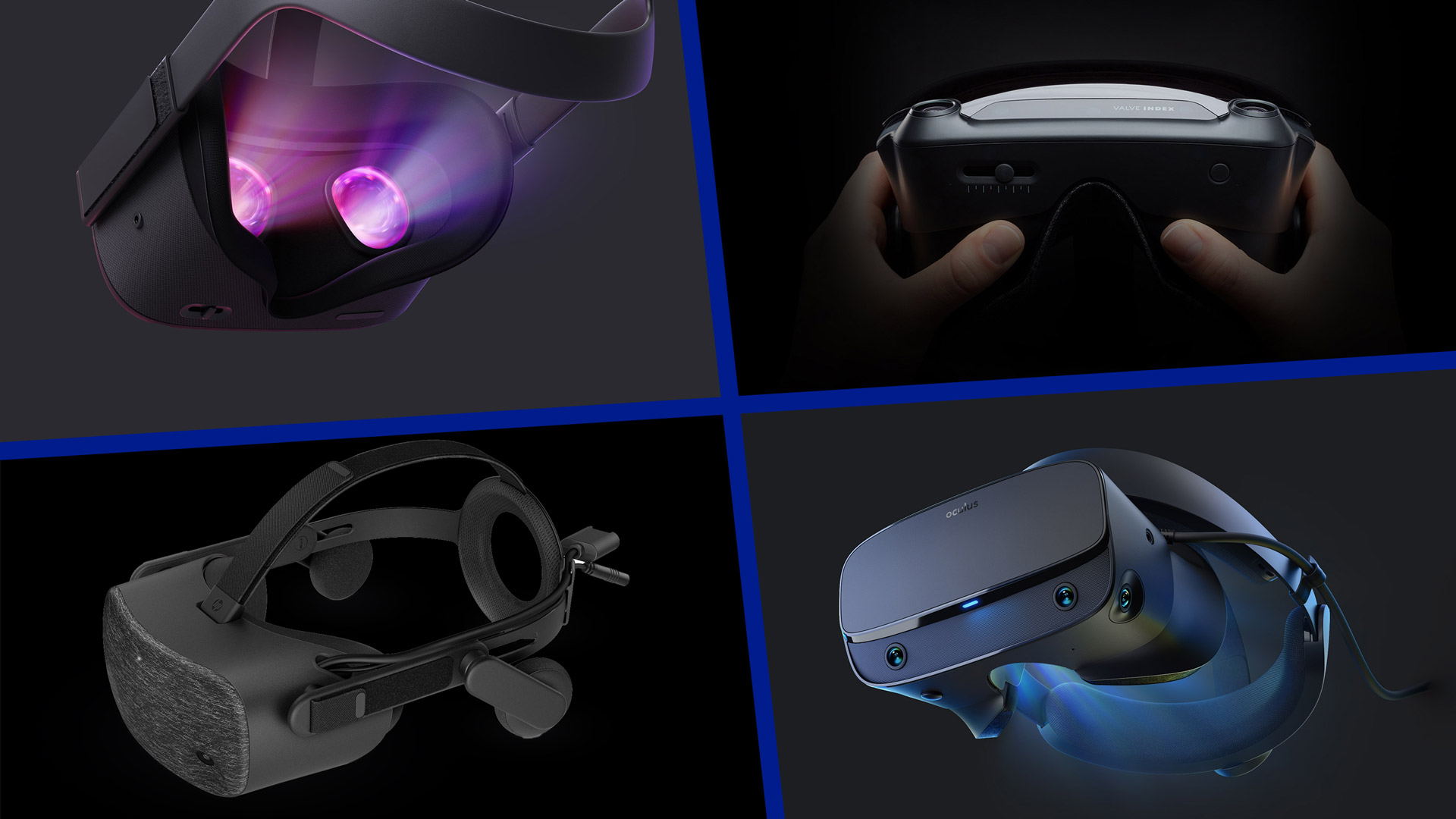 In 2019, the interest in virtual reality again has increased several times over thanks to the four major virtual reality headsets, which will be launched in the next few months. 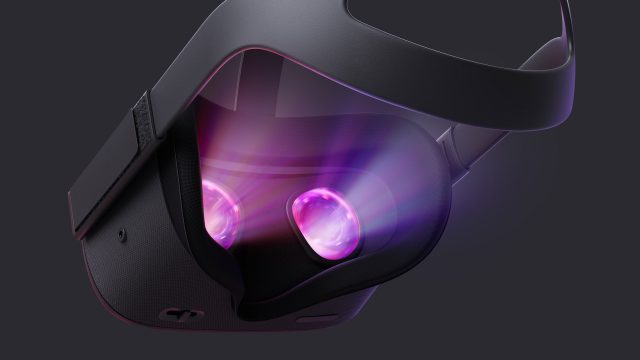 Quest is the first standalone VR headset Oculus, including 6DOF tracking on the headset and controllers. This means that the movement of your head and hands are tracked in all directions, just as you would expect from a high-performance virtual headsets except for the fact that Quest does not use an external PC or trackers all built correctly.

It’s like Oculus Go, except that Go only tracks rotation of head and hands — which means that he can only offer static, seated VR experience. With full 6DOF tracking, Quest is able to run some of the best VR games like Beat Sabre , Superhot and VR , Job Simulator , Moss , Robo Recall and others.

Quest is designed for games and is most suitable for users of virtual reality who do not want to invest in a gaming computer, which has enough power to operate the PC VR headset. Quest can only launch the content available in the Oculus Store (Oculus Rift and Oculus Go also have their own separate libraries of content).

Given that it is completely Autonomous, it is also portable, making it an excellent choice for those who want to be able to take it anywhere and share the fun with friends.

It is also likely to be the most minimal solution for those who just want to be able to play in the Beat Saber for fun or exercise, and, most of all, it is perfect for this purpose .

Oculus said that Quest will be released this spring, but did not specify a release date. Due to the fact that at the end of April will be the annual conference of Facebook developers, you can expect that the company will either release the headset at the event, or provide a final date of launch.

Oculus confirmed that the Quest will cost $ 400. 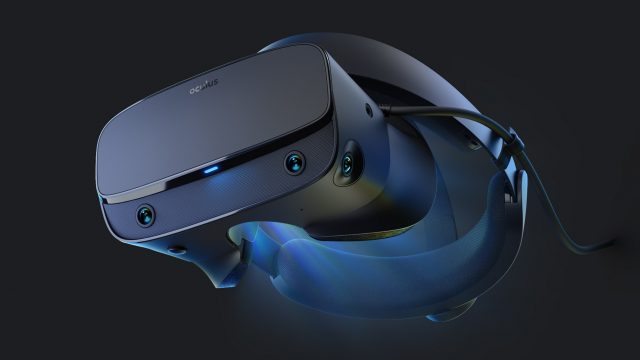 Rift’s is the second headset for PC VR from Oculus, and the company is positioning it as more easy to use version of the Rift with a few updates. The biggest change is that now the headset uses a built-in tracking system — this means that the external camera is required for the original Rift, you no longer need. This change will reduce the complexity of setup compared to the original Rift.

Another update compared to the original Rift is a new display with higher resolution, which will make the graphics more clear and will reduce the “doors” screen (dark gaps between pixels), which will make the step visible. Change the display has two drawbacks: the transition to the LCD display means that darker scenes will look more blurry than when using the original Rift, and the headset loses the ability to adjust the interpupillary distance (also known as IPD), which reduces the range of users that will fit into the proposed range of the eye.

Rift’s is a gaming headset that is best suited for those who have or want to buy a gaming PC in order to access great-looking (and reproducing) the content in virtual reality. Rift’s can play games from Oculus and SteamVR Store, giving players a wide range of possibilities. And thanks to the power of the PC graphics will far surpass any PC headset, such as Quest or PSVR. Thanks to the integrated tracking it will also be easier to set up than a headset, using external tracking.

Like Quest, Rift S can appear at the upcoming developers conference Facebook at the end of the month, or at least as we get a specific launch date.

Oculus has confirmed that Rift’s going to cost $ 400. 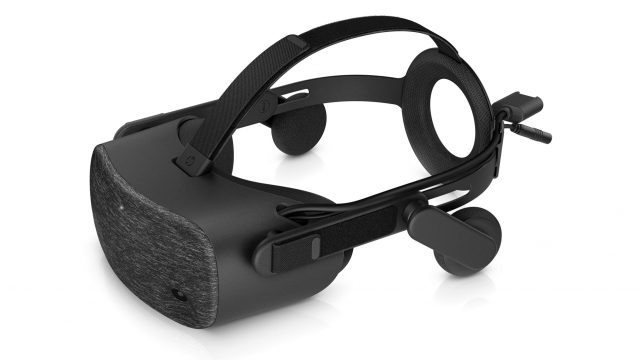 HP headset Reverb — this is the second computer VR headset that runs on a Microsoft Windows platform, Mixed Reality, and can also play content through the official SteamVR plugin. As Rift S, Reverb uses the built-in tracking.

The biggest improvement that appear in Reverb is the new displays, which offer a big leap in resolution compared to almost any other headset.

HP is positioning the Reverb as a professional and corporate headset, but will also sell it directly to consumers. Reverb can play VR content from the Windows store Mixed Reality and SteamVR.

With leading resolution Reverb seems to be the perfect choice for enthusiasts who already have a gaming PC and are looking for maximum clarity. However, since Reverb is used in LCD, for those who want to play space simulators like Elite: Dangerous, may not like the blurred dark in color compared to the headset with OLED displays.

As for tracking on-Board Reverb uses only two camera coverage of the tracking controller are not as good as Quest or Rift’s means that it may not work so well for certain games that require maximum reliability, but most of the content will work perfectly.

HP says that the release date of Reverb — the end of April, but has not yet offered a more accurate launch date.

HP confirmed that the Reverb will cost $ 600 for the consumer version and $ 650 for the professional version for business use. 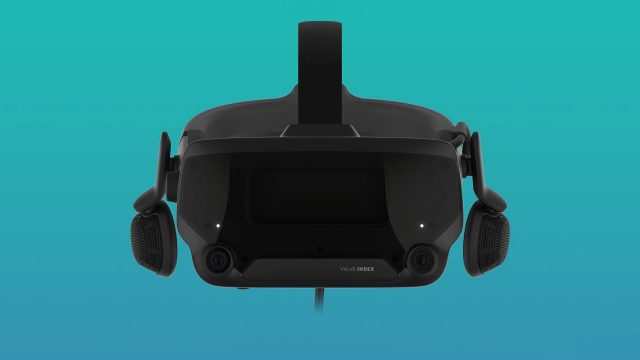 Although Valve has made a significant contribution to research and development for the HTC Vive, the upcoming Index will become the world’s first VR headset for the PC, made and sold by the company Valve. Although at the moment only available limited information, it appears that Valve is positioning Index as the flagship headset for SteamVR, and it is believed that the company may announce at least the first game to launch with a headset, but it will have to wait. The headset will be launched with controllers “Knuckles”, although in the future they plan to call them “controllers Valve Index”.

About Valve Index lot we don’t know even the basics like resolution, field of view and price. But almost certainly the Index will use SteamVR Tracking (the same technology external tracking that is used in the HTC Vive), it is possible that the headset can offer some form of integrated tracking (including camera, visible on the headset), but it is still only assumptions.

Because the Index is still a lot of questions, it is difficult to understand who he is best suited. The assumption is that the Index will be focused on existing PC enthusiasts-virtual reality and those who are looking for a high quality virtual reality experience; who is willing to put up with the installation of the outer tracker in the virtual space. We will be able to clarify our expectations soon enough, as will soon open pre-orders for the headset, and by that time you should see much more information.

Valve Index can reproduce the content of SteamVR. For those who are not worried about using an unofficial workaround, it can also play content from the Oculus store Store (through Revive ), although with some reservations.

Valve has confirmed that pre-orders for the Index will begin on 1 may and by the time when this happens, we expect to obtain some important information about the headset. The actual release date for the Index scheduled for June, although a specific date has not been confirmed. The price index is still unknown.