When will the ubiquitous transition to VR happen? / Habr

Today I raise the topic of the future. In 2022, the question is acute: at what point will people start working fully in VR while wearing helmets? Yes, indeed, in our age, it is only necessary to develop a virtual environment that simulates a familiar workplace, and that’s it. It would seem.

Hello everyone First I want to introduce myself.

I, Kristina Shumskaya— am the head of development and Co-CEO of Black VR, a company engaged in the development of immersive solutions for the B2B segment, FMCG brands and retail. We also create virtual simulators, digital doubles for heavy industry and personnel training.

The founders and I have come a long way: from the moment the industry was formed in Russia to the present day, we have formed a strong staff of specialists with global experience in the development of virtual and augmented reality. We cooperate with state corporations and the private business sector.

Purpose of presence on Habr

Immerse you in the ”inner kitchen” of AR/VR developments, share your experience and the company’s experience, and get a constructive opinion from colleagues on the shop floor! I will be a guide to the world of industry, giving practical benefits, and sometimes, perhaps, I will share the successes of the Black VR studio!

We are approached by customers from different areas – retail, FMGG, b2b, b2g, and they all understand the need for digitalization of work processes. True, sometimes it happens that there is a request, but there is no understanding of the algorithms.

Ubiquitous transition to VR: when to wait?

Basically, this question is asked by specialties that process a large amount of information from multiple monitors or those who work with analytical data. For them, a VR helmet could simplify tasks and reduce the cost of additional equipment.

Disadvantages of working in VR

Let’s figure out why we shouldn’t expect a full-fledged transition to VR in the coming years. 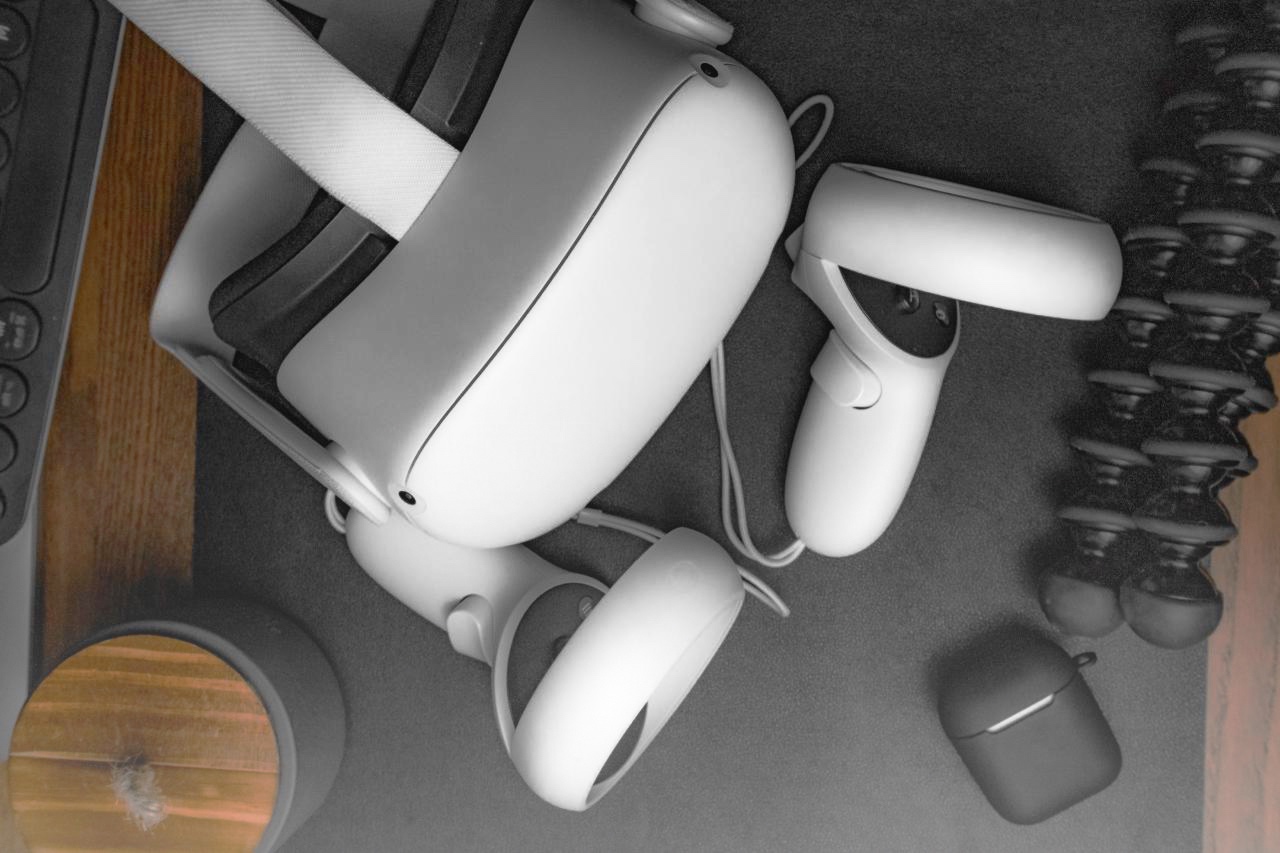 The main disadvantage of the VR environment can rightfully be considered low resolution pictures. For example, the Oculus helmet has a resolution of 2160 * 1200 pixels for both eyes, which is why small inscriptions and numbers will become unreadable, therefore, for processing databases, working in a VR helmet will become energy-intensive and inefficient, because in order to see at least something, you will have to bring the desktop as close to you as possible.

Creating multiple desktops in VR is great if you play games. You can play the game and take out the Youtube window right into it to listen to music or watch something, but this is well applicable only to the gameplay.

The developers are trying to fix the resolution problem as quickly as possible, and the number of pixels is already increasing in the new helmet models, but not much higher than the figures already mentioned.

Low mobility and comfort. If you remember fantastic films, you can clearly detect the difference between a fictional helmet and a real one. The models from the films are light, comfortably placed on the head and are often used wirelessly. The real models are distinguished by their impressive size (after all, all the iron and eyepieces are placed under the body), due to this, the average weight of the model is about half a kilogram. In some models there is no ventilation, and the glasses periodically fog up.

Again, if you watch movies or spend 3-5 hours playing sessions, you will definitely be able to suffer some discomfort. Nevertheless, to withstand an 8-12 hour working day in a VR helmet without removing it is an extremely difficult process.

Harm to health, which also needs to be mentioned. Indeed, VR technologies are relatively safe, judging from the point of view of the emulations of fires, explosions, etc. being developed. If we talk about the health of the user, it is important to say that working with a VR helmet is a constant strain on vision. With short sessions in games, it is unlikely that you will feel it immediately, but working a full working week, the malaise will definitely manifest itself.

Problems with printing and typing. Since the user does not see a real keyboard, it creates a feeling of printing in the air. If you don’t have the skill of blind typing, then there is a second problem — the lack of feedback. On a virtual keyboard, only the cursor is used, whereas typing on a conventional mechanical keyboard, we control the force of pressing the buttons and the speed of writing. In 2020, Oculus announced tracking for hands under its helmet, but the principle of operation has not changed.

In this case, we should expect the appearance of special gloves that will give a normal response when pressing the virtual keyboard or equipping helmets with special cameras that will allow you to see the real keyboard. 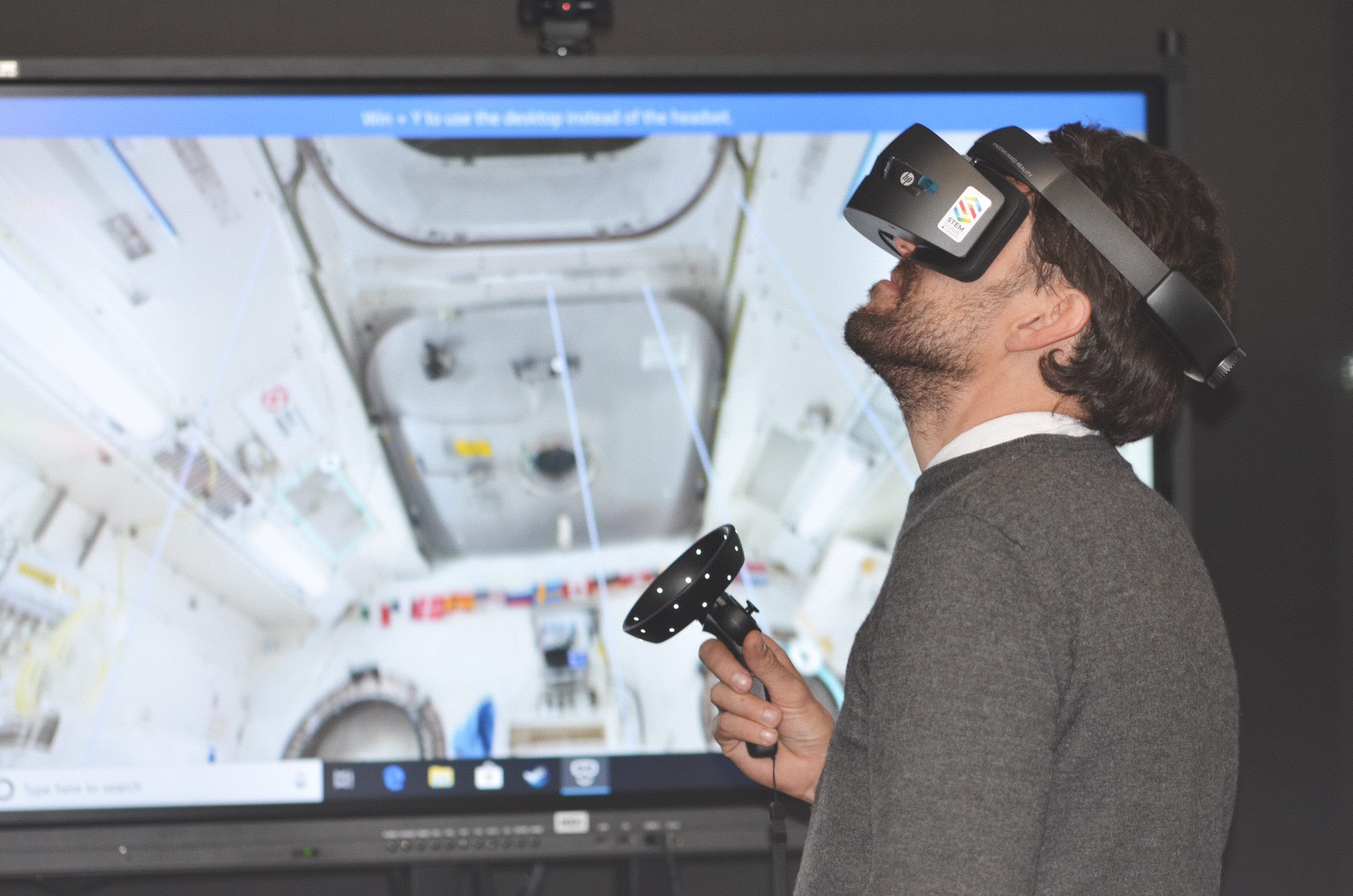 Speaking about digitalization in general, marketing and retail, heavy and light industry, education have become the most adapted industries to it. At the same time, the transition in these areas is also incomplete: not every school, university or kindergarten is ready to invest in virtual education, and in the field of sales, virtual and augmented reality are only a tool to increase profits and attract attention to brands. In industry, the situation is similar — VR is being introduced to train employees, but the low mobility and high cost of equipment force business owners to train employees “on the spot”, and not from home.

Nevertheless, immersive technologies have gained their place in the market, the total number of investments in the development of new devices and software is growing every year, so our team believes that a smooth transition to VR is what is really necessary for the modern world.

This topic can be safely continued, because companies that produce VR headsets strive to optimize and simplify the process of device management as much as possible, so that working in virtual reality becomes more mobile and convenient.

Next time I’ll tell you how HTC helps its customers by offering a solution that allows you to control the helmet without additional trackers and gadgets using motion capture technology.