What if fleeing is no longer a solution?

We all want to leave. Some more, others less, but everyone knows the urge to escape. From suffering or boredom. At some point we all want to get out. From marriage, gambling addiction, debt. Some have to flee from war, others are allowed to flee into virtual realities.

Like Marty McFly or Doctor Who, we want to go into the past and the future. And if we mess up, if our lies are exposed, then we want to sink into the ground, as they say so half-beautifully.

But what if the whole planet is junk? What if all mankind has failed? What if the eighties or Europe or the Earth’s interior or virtual realities no longer function as places of refuge?

Dystopia from the modular system

Then we want to go to the Moon or Venus or Mars. David Bowie wanted that. Nasa wants this. Elon Musk wants that. Restart. Into space, first with a few adventurers, then forming entire colonies. As if it were easier there.

In “Ready Player One”, the new film by Steven Spielberg, which is based on the novel of the same name by Ernest Cline and has been eagerly awaited by millions of fans for years, everything is a single escape.

The film takes place in the year 2045, it makes the arc future in order to be able to draw the problems of the present more dramatically. Dystopia according to kit: it is gloomy, it smokes, poverty, climate disasters, raw materials shortage, crowded cities with huge canvases, and separately enthroned a few rich powerful.

The warning message to cinema viewers is unmistakable and as smooth as most critiques of capitalism. You know them from “Metropolis”, “1984”, “Blade Runner” and “Black Mirror”: If you continue like this, hell awaits you soon.

“Reality is crap, “says Wade Watts, the protagonist in Ready Player One, an orphaned teenager living in a vertical trailer park in Columbus, Ohio. And because reality is crap, Wade (played by Tye Sheridan) and the vast majority of Americans escape into a virtual reality called Oasis every day in 2045. With VR suits, VR gloves and VR glasses, you can do anything you want in the artificial worlds of Oasis, you can surf, fight, date, study.

And even better: they can be anything – woman, man, monster, Super Mario, Lara Croft. The Oasis wants to be not only gender fluid, but also species fluid. Today Batman, tomorrow Samurai. “A world where the limit of reality is your own fantasy,” as Watts raves at first. The Oasis is so spectacular that players can repress their miserable existence outside the VR for hours.

This mega simulation was invented by James Halliday. A touching nerd and ingenious inventor, more ingenious than Steve Jobs, Mark Zuckerberg and Bill Gates combined, who is fond of video games and doesn’t know how to approach women. Because Halliday feels strange in the old world, he creates the new Oasis.

And because he is also a fan of the pop culture of the eighties, you have to imagine this virtual universe like a theme park of his safe childhood. To the music of Depeche Mode, A-ha and New Order, the avatars curve around with the DeLorean sports car from “Back to the Future”, through the legs of Mechagodzilla and King Kong, and collect points. Everything like back then, in front of the Atari in the nursery, only louder, faster, more bombastic, more real.

It usually goes like this: a book is written, then sold, then turned into a bestseller, until one of the film studios finally acquires the rights to the material. In this case, the book was not yet on the market, since Warner Bros had already secured the film rights to “Ready Player One”. This is all the more remarkable because it was Ernest Cline’s debut novel. Apparently, a whole generation, at least one, was waiting for this work.

Cline was born in Ohio in 1972. All the references he throws around in the book are his lives. The video games, the science fiction movies, synth-pop and new wave. He stares and gambles and listens, sucking up all niche knowledge.

When Cline is twelve years old, the film “Revenge of the Nerds” is released in cinemas, in Germany under the title “Die Rache der Eierköpfe”. There computer geeks and football players fight each other, it is the antagonism of many US teen comedies: glasses against muscles. “We have news for the beautiful people out there: there are more of our kind than you,” says Lewis, before leading the nerd revolt.

And “Ready Player One” now feels a bit like the revenge of the egg heads. Those who do not know the pop culture of the eighties have less fun in the cinema. At least one experiences these days that the spectators laugh the loudest when the smallest shreds of nostalgia flash on the screen.

And the more often you laugh – sometimes a very confident nod is enough-the more obvious the expertise. Everyone can crawl into the decade of their longing: the writer Cline, the Oasis inventor Halliday, Watts, the hero of “Ready Player One”. And the toughest nerds of 2018 will definitely want to see the movie three or four times, not to miss a single reference.

But of course, the Oasis does not solve the problems of the residents of Columbus, Ohio. The virtual game worlds create new hierarchies, envy and aggression. The Oasis may be distracting, but it doesn’t make you happy. Halliday, the “Creator who hates his creation,” also recognizes this.

Before he dies, he hides an Easter Egg, so they call special treasures in the gamer language, in the Oasis. Whoever finds the Easter egg will inherit Halliday’s billions and take control of the game, including the delete function. And also here applies: who has bizarre geek knowledge, is the better egg hunter. The revenge of the eggheads. 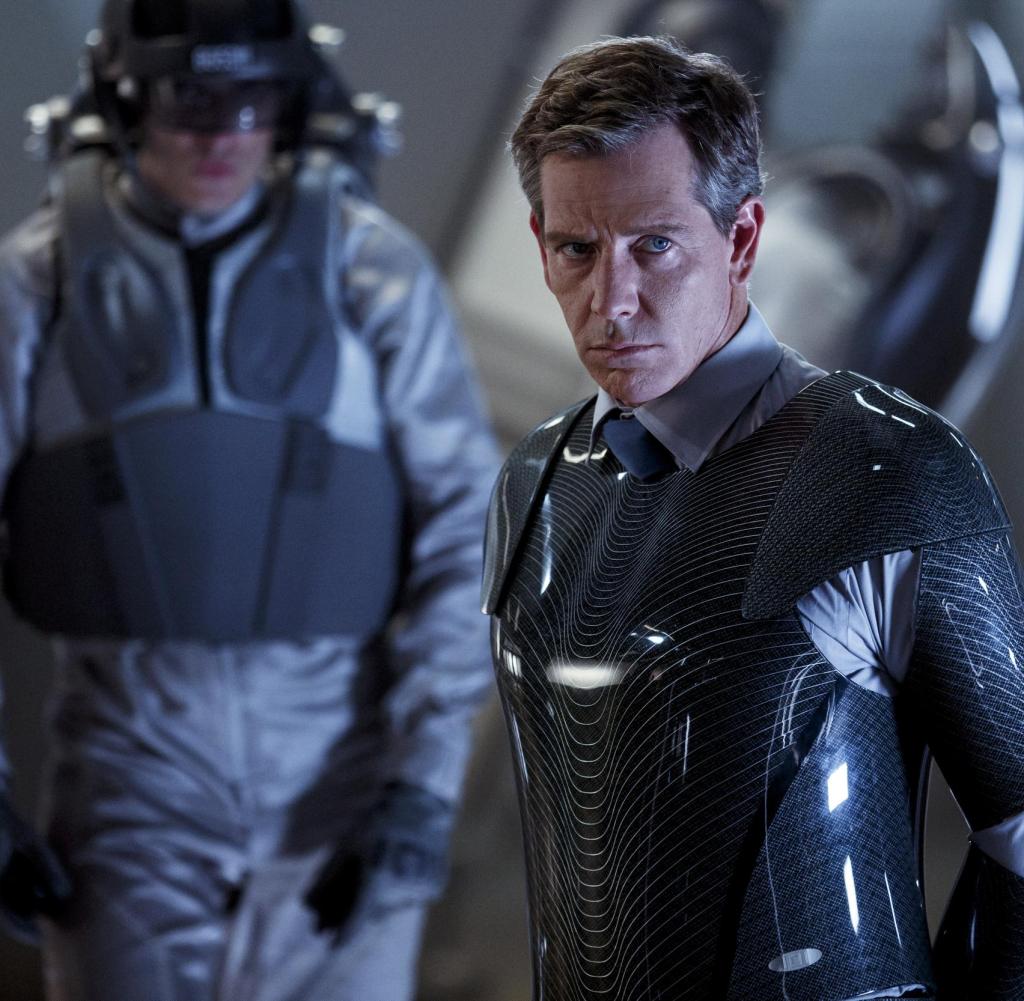 Because Watts, who acts as Parzival in virtual reality, is one of the best players, he is pursued by the overcapitalist corporation IOI and its unscrupulous boss Nolan Sorrento (played by Ben Mendelsohn). Everyone wants the jackpot, especially the bad guys. In the middle of the treasure hunt explosion hunt, a rather banal love story unfolds between Parzival and another avatar, Art3mis, or between the two teens behind the characters.

If you find musicals terrible, you have to close your eyes for a moment, but then the big battle begins, a medley of Mad Max and Tekken. The special effects of movies like” Ready Player One ” are now so standardized – and at the same time overwhelming – that they are hardly special anymore. Great though: Parzival and Art3mis both look like alter egos of David Bowie, with their colorful manes, and in short, you wish “Life on Mars” much more than Depeche Mode.

The Silicon Valley class has long since decided. Starting next year, Tesla founder Elon Musk wants to explore Mars. “If there is a Third World War, then we should make sure there is enough human civilization elsewhere to bring it back and shorten the dark ages,” Musk said a few weeks ago.

Matthew McConaughey and Anne Hathaway also experienced something similar in the Christopher Nolan blockbuster “Interstellar”. A few years ago, Nasa introduced a concept that allows people to live in floating cities on Venus. In mid-April, the probe “TESS”, affectionately called “planet hunter” by Nasa, will be launched into space.

Nasa’s planet hunter and egg hunter in “Ready Player One” ignore the same dilemma: Earth is not the problem. It is their inhabitants.