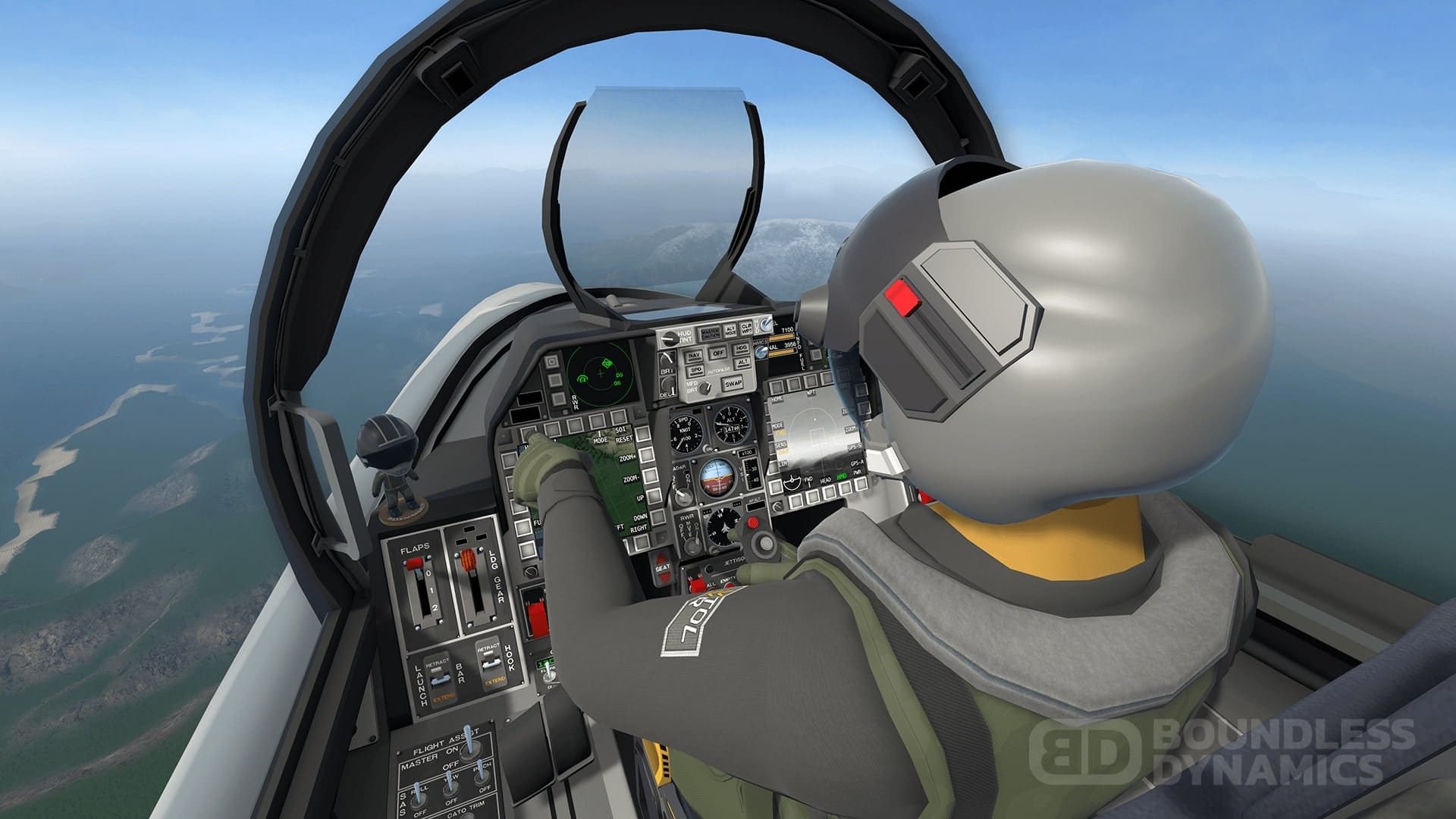 SteamVR game about combat flying VTOL VR came out of early access exactly three years with a major patch to the revision and final correction of errors.

Most of the simulators created for the game on the monitor, and the VR support is added later. They usually play with the joystick. VTOL was designed specifically for VR headsets with the observed controllers.

VTOL in the game the joystick is just another element of the cockpit that you interact with their “virtual hand”. VTOL is not technically a simulator, but performs surprisingly detailed modeling of the control panel of a fighter and multi-function displays (MFD) used in many real-world cockpits.

Stretching the hand and pressing the buttons on the front panel of the MFD, you can view the GPS map, rotate the module of guidance, control radar and charge weapons such as missiles and bombs. Developed by Boundless Dynamics describes these types of systems as “nearly realistic.” Think of it as “light version” DCS for virtual reality .

Three aircraft that can fly in the mode of vertical takeoff and landing, are fictional vehicles of the near future, but taken from real systems:

As in the real world the F-35, F-45A replaces the physical MFD large touch screen with four virtual MFD.

After three years in the game, a lot. Land on an aircraft carrier, in the great outdoors air of the tanker and perform a number of combat missions. Available level editor.

If your build of Windows 10 supports voice recognition, you can even to talk loudly with your companions, dispatcher, ATC, with AWACS and ground crew.

If you use the Oculus Quest for PC VR or Rift, do not use it on private mode Oculus. It is marked as “Not recommended” and have a strange problem with jitter tracking. However, the game works perfectly in mode SteamVR.

VTOL VR available on Steam with a “very positive” feedback. Regular price — 499 RUB, but before August 10, the game is sold at a price of 399 rubles.