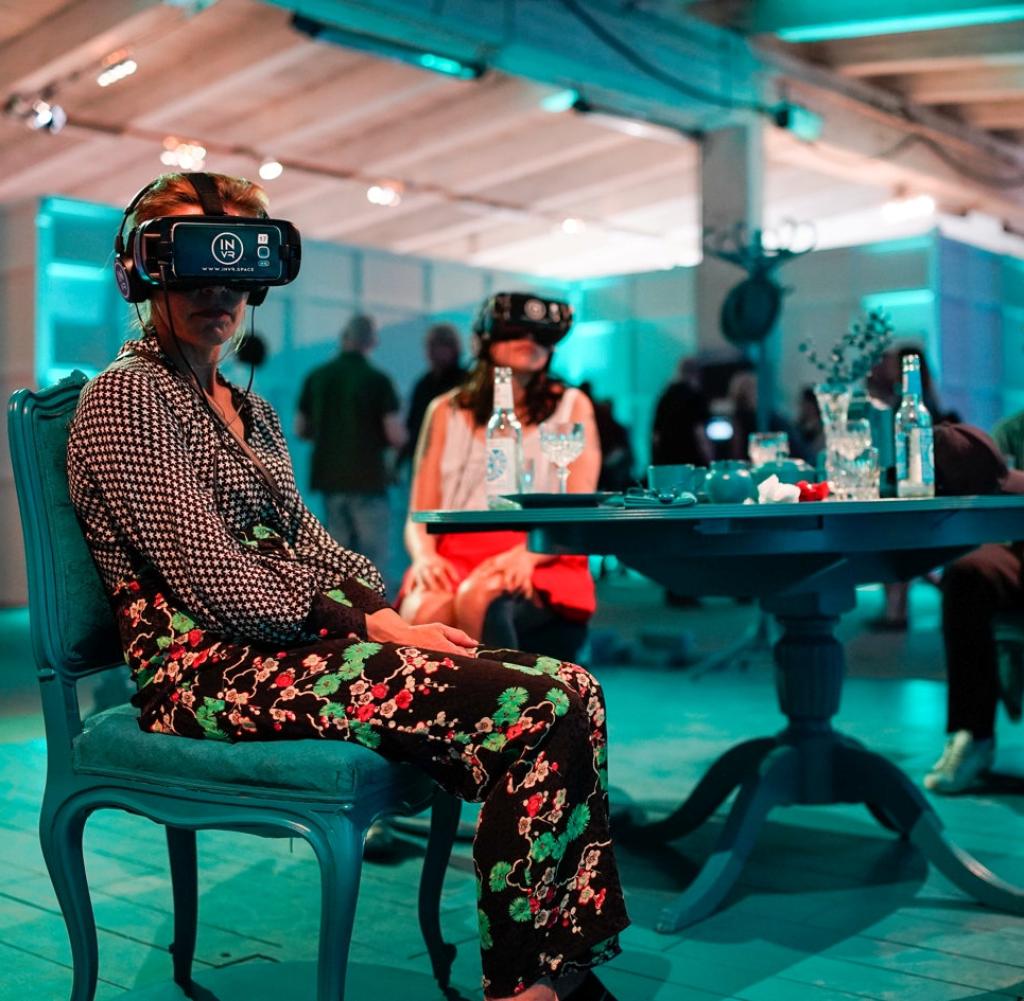 A glance to the right: several stick figures stand trembling on the wall. A look to the left: a woman is sitting on the floor trying to calm a baby. The fact that you are being persecuted because you are Jewish should never have happened again, says a man’s voice. The haunting VR documentary “Paris Terror” reflects the experiences of the people who hid from a terrorist in the cold room of a kosher supermarket in Paris in 2015. She is part of the VRHAM!-Festivals for virtual reality art, which will take place for the second time in the Oberhafenquartier from 7 to 15 June.

“Virtual reality art transcends the boundaries of all conventional forms of representation of art, because it puts the viewer in the center and surrounds them with their own 360-degree world,” says the artistic director, Ulrich Schrauth. The first festival was still an attempt, but the response showed that it was a success: more than 4000 visitors visited the exhibition last year. “We will therefore involve more artists this year and also show more different formats,” said Schrauth. For example, there will be VR music and dance theater. These are located in the block VRHAM! Summarized live, there is also the main exhibition VREXHIBITION and a free additional program.

New art every day at the Rathausmarkt

The exhibiting artists will present a wide variety of works on the topic of “Dis:Solution”. The “cyber robbers” from Germany, for example, let the visitors equipped with VR glasses take part in Romeo and Juliet’s first encounter. The Iraqi artist Gayatri Parameswaran takes his audience to the city of Fallujah, which until recently was controlled by ISIS. The visitors accompany a man who is returning to his homeland and who is worried about booby traps that have been placed hidden by ISIS.

The organizers also want to make the city center a public exhibition space. The Spanish artist Magoz will show a different of his graphic works of art every day at the Town Hall market. Passers-by can easily scan a QR code with their smartphone and start searching for the augmented reality illustrations.

The fact that VR is also used by established artists has already been shown in the selection of exhibitors last year. For example, Jonathan Meese was also represented at the festival in 2018. Visitors could use VR glasses to see how the artist from Ahrensburg interacts with his mother.

Tickets are now available via www.vrham.de available. Admission to the exhibition costs eight euros, reduced five euros. The VREXHIBITION can be visited daily from 14 to 17 o’clock and from 17.30 to 21 o’clock. In addition, there are live performances, concerts and theater performances on several dates, which are offered for 14 euros each (reduced eleven euros). Admission to the accompanying discourse program, which is offered daily from 14 to 21 o’clock, is free.