The use of virtual reality (VR) generation technology to create simulation simulators for personnel training often creates the problem of precise control of various elements using “standard” VR devices. The use of HTC Vive joysticks, for example, makes it very difficult to accurately and quickly control the joysticks and toggle switches of real installations, which does not create the right mechanism for transferring control skills.

Even the use of high-quality VR “hands”, for example, TAU Tracker does not allow you to accurately control levers and toggle switches, because there is no feedback and fingers often “fail” in the model. Of course, it is possible to use systems to simulate the effects of the environment (touch) provides simulation of force resistance (the need for force) when interacting with virtual objects. Touch simulation devices can be represented as a simple glove with a touch contact, or a complete model that provides force resistance in all joints of the arms or legs.

But it is quite expensive, difficult… and not for this task) And now, having received another order for the manufacture of a simulator with accurate reproduction of motor control …. we decided to combine a VR helmet + trackers for tracking hands, but to implement the control itself on an interactive layout. Thus, on the one hand, it was possible to realize the perception of space as accurately and realistically as possible, on the other hand, to accurately reproduce the control devices and the user accurately feels the swing and control, including vibration.

In our opinion, such a bundle combines all the advantages of VR and interactive educational layouts. Well, here’s what we got and how we did it. Core drilling is a very promising direction in terms of creating simulators. We simulate the Russian installation ZBO S15, produced by the Drilling Equipment Plant, Orenburg. The simulator being developed is designed to train and test the skills of drilling rig operators in the process of drilling wells, their ability to respond to changes in parameters, the occurrence of pre-emergency and emergency situations, in virtual conditions, allowing them to have an idea of the operation of equipment on a real object.

The terms of reference include the implementation of the following functions:

Since we simply did not have time to design and order the boards, we decided to do so…. 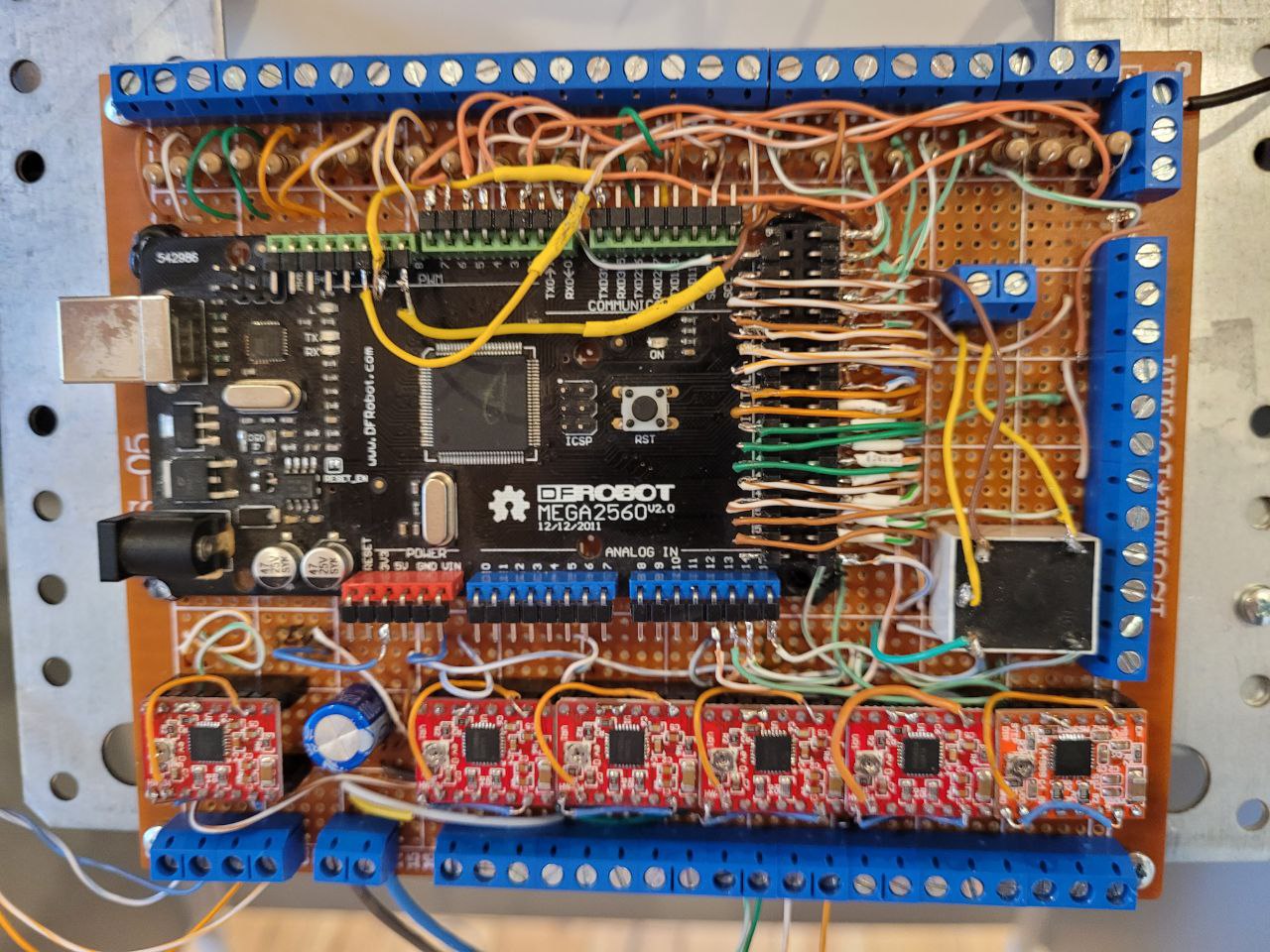 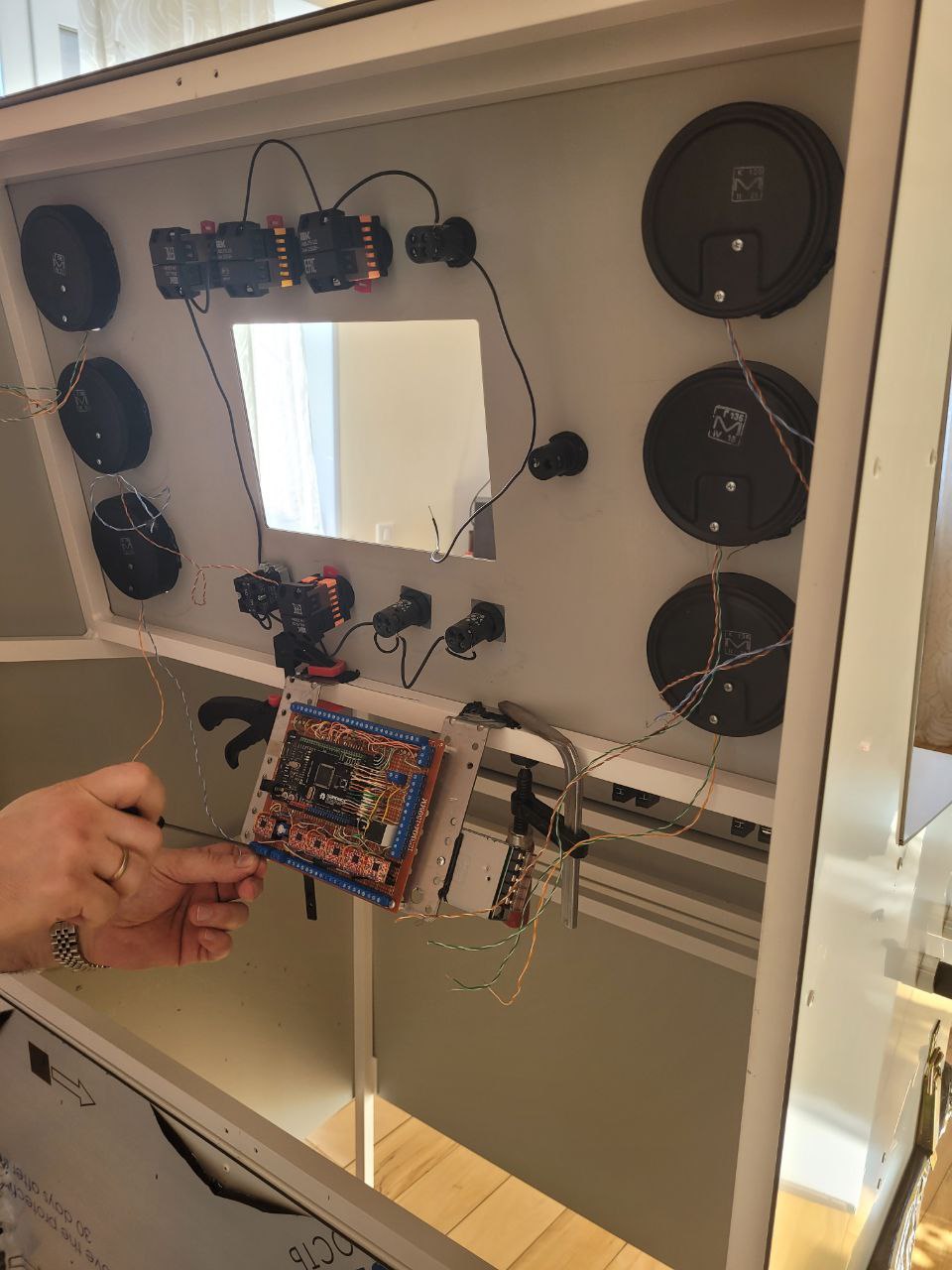 Eventually, this stand was connected to a stand for the Virtuality Freedom 3.0 attraction 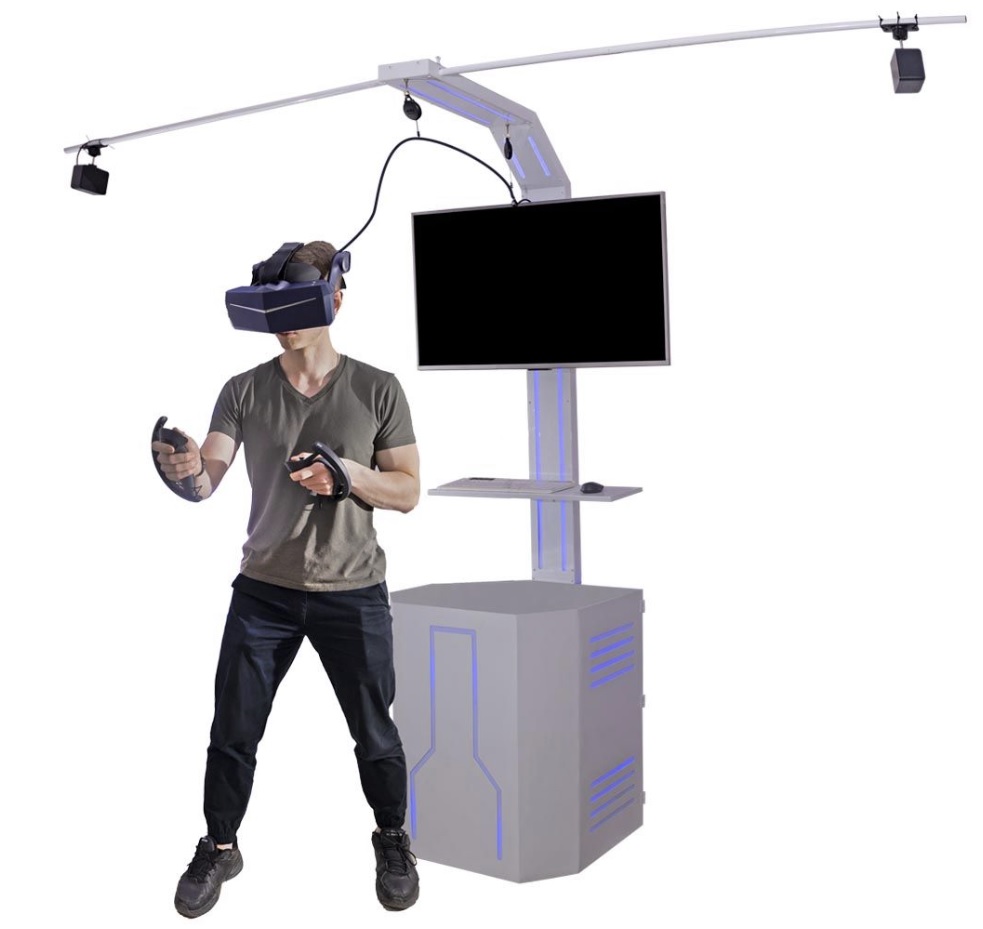 And everything worked out. Using a helmet on your head and Vive trackers on your hands + a hardware control panel did exactly what you needed.

Here is the installation process at the customer’s Siberian Geophysical College (Novosibirsk) – (plasma in order for the “audience” to comfortably observe the process, and controlling the “camera” for review)