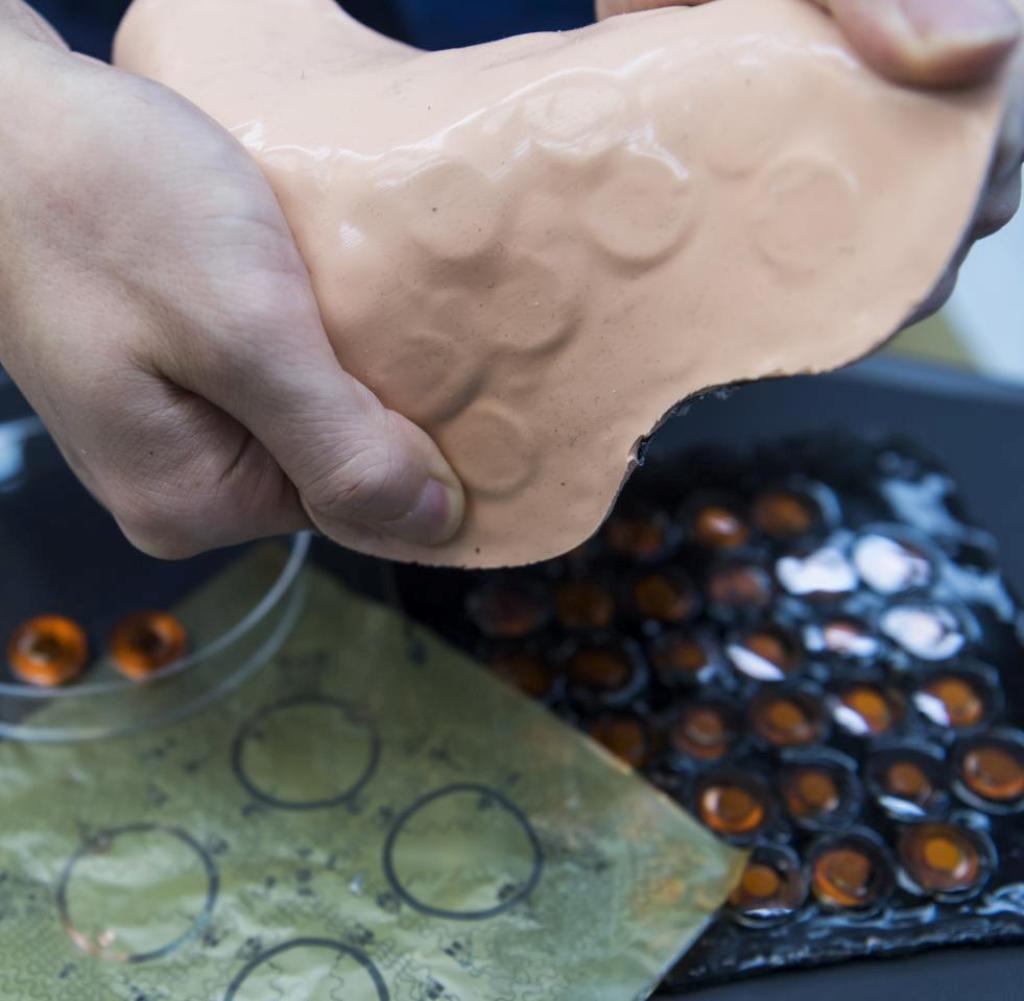 Stroking your loved ones in the distance via the Internet or literally experiencing a fight up close in a video game – this is to make an artificial skin possible, which scientists have developed. It makes the wearer feel touch and pressure, reports the American-Chinese research team in the journal “Nature”. This is made possible by small vibrating electronic elements that are integrated into the artificial skin.

In addition to seeing and hearing, the sense of touch can become another element of virtual reality, write the scientists led by John Rogers from Northwestern University in Evanston (Illinois, USA). Although there are already devices that evoke sensations of touch, they often work with light electric shocks or are unwieldy because of batteries and many cables.

The touches are generated by touch screen

The artificial skin developed by the Rogers team does not require a battery, but is supplied with energy from the outside by radio waves. Large-area antennas laid in serpentine lines are used to receive the radio waves. Built-in electronics, embedded in elastic plastics and enveloped by an air-permeable fabric, in the standard version of the device controls 32 vibrating components or actuators. They consist of a flat coil and a plastic ring that encloses a magnet. If current flows through the coil, the magnet begins to vibrate.

Touch sensations can be created with the help of a touch screen, the scientists explain. They will be transferred electronically to the artificial skin. The device allows spatially distributed touches of different strength. The scientists show how this is done in a video: in it, a woman strokes over a touch screen. A child who is talking to the woman via the Internet from another place can feel the touches thanks to the artificial skin glued on the back.

Use in computer games or in medicine

It is also conceivable to use it in computer games: artificial skin elements on several parts of the body, such as the hand, elbow, arm, chest or back, let a player experience a fight up close. The scientists are also focusing on medical applications. Thus, the device can give the wearer of an arm and hand prosthesis a feeling for the object in his artificial fingers. For this, the artificial skin is applied to the upper arm. It then conveys to the person different touch patterns for pen, mobile phone or mug. 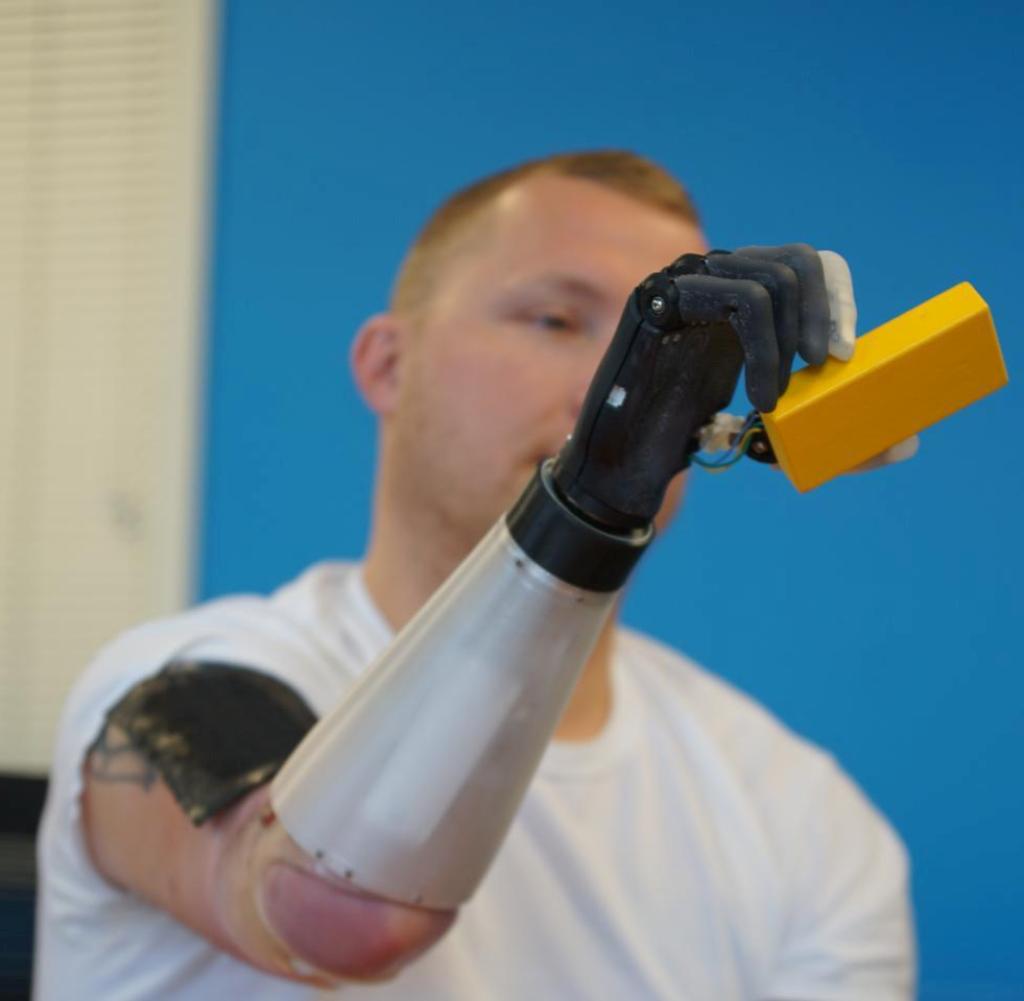 In a comment, also in “Nature”, Xiao-ming Tao from the Hong Kong Polytechnic University in Kowloon (Hong Kong, China) points out a disadvantage of the device: “Although an optimized actuator requires only 1.75 milliwatts of power, the total power consumption of the technology is still a decisive limiting factor for the sustainable and wireless operation of the platform in practical use”. The group around Rogers states in their study that a further reduction in the size of the vibration elements would significantly reduce the energy requirement.