This tram takes you to the Cologne of 1900 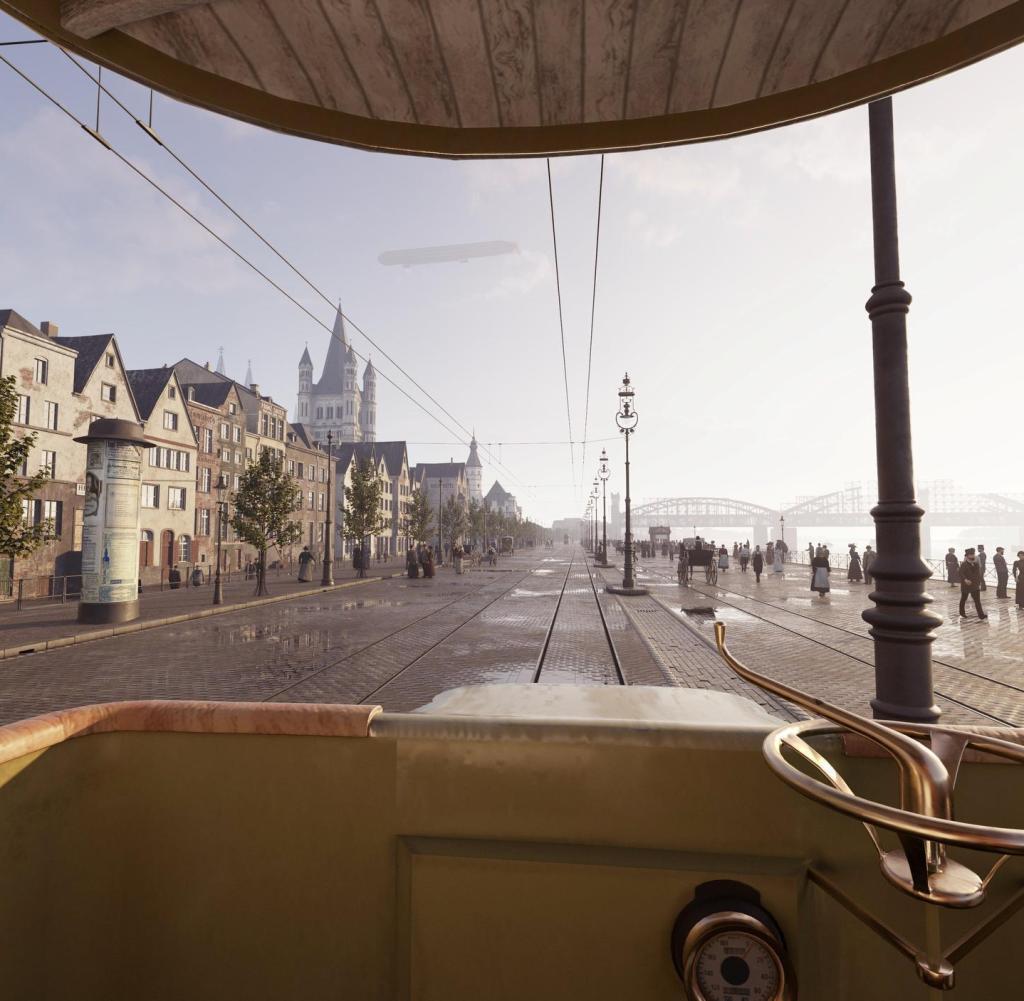 “Dat is Kölle”, shouts the tram driver. Right next to the railway, a thief just gave a street boy his prey – an apple. Other passengers only smile mildly at the gesture. In the 21st century, such an apple is not really worth anything. But the scene takes place in Cologne 100 years ago. Around the cathedral, the historic city center has been resurrected, which was almost completely destroyed in the Second World War – and in the middle of it runs the tram of Time Ride VR. The company has been offering a time travel as a tourist attraction since Saturday.

All you need is a pair of virtual reality glasses. They have been installed in an elaborately reconstructed Cologne tram. If you put on the glasses with HD screens, the tram rumbles virtually for 15 minutes through the old Cologne. In addition to the light wind and the contemporary driving feeling, you can even feel how the train bends around the curve. “We also installed the so-called Buttkicker in the tram,” says Time Ride spokesman Matthias Flierl. The device ensures with strong bass that the rumble really feels, as if the tram is actually rolling over tracks. But the highlight remains the scenery, through which almost 3000 animated citizens trudge. In it, the visitor can constantly look around at a 360-degree angle and discover new details. 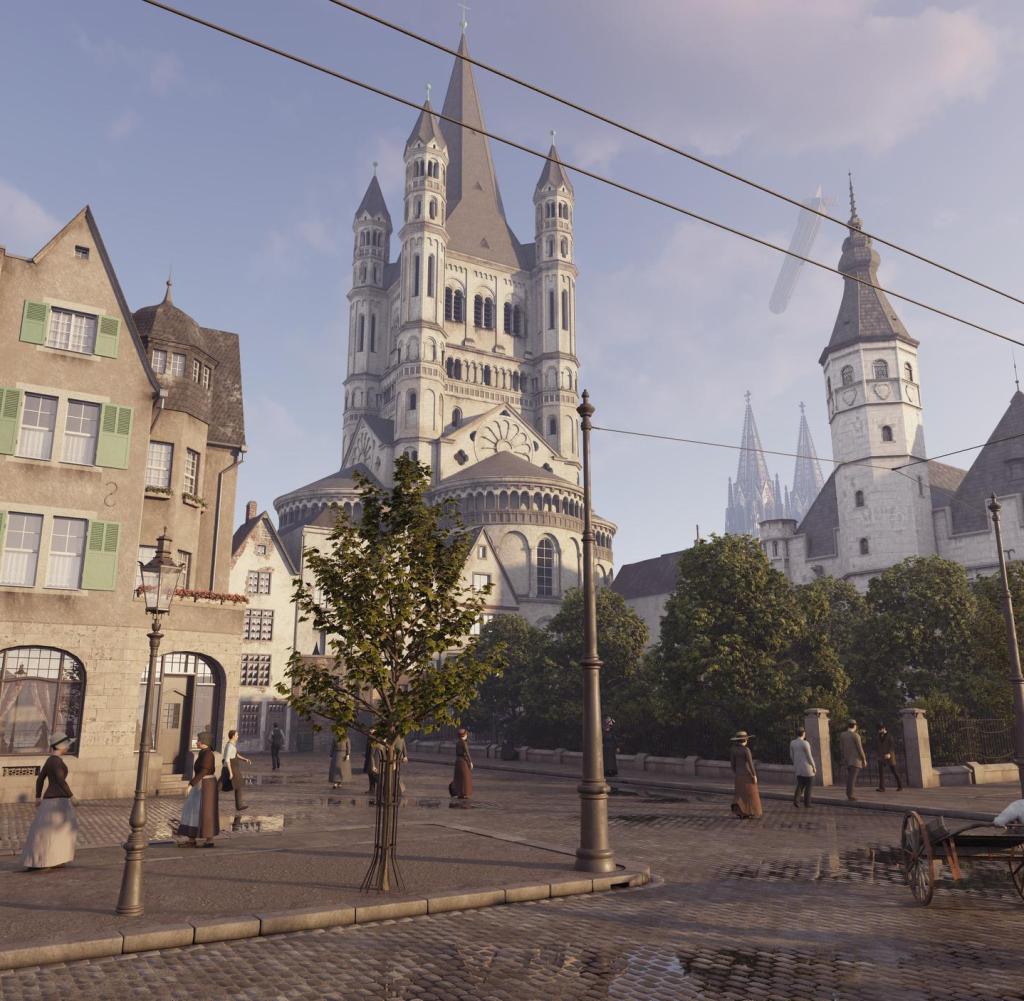 With the attraction at the Alter Markt, where cafés and bars usually invite you to drink cappuccino and cologne, another attractive application branch of the still young virtual reality technology (VR) is revealed. So far, visitors have been able to take a roller coaster ride with VR glasses in the Europapark Rust, for example. Only instead of reality they see an elaborately programmed computer world in which they wind their way through.

And in Berlin, interested parties can interactively solve puzzles together with their friends in virtual reality. That’s where programmers transplanted the principle from the popular escape room games. In this way, the developers show what is now possible with the technology that is still waiting for its real breakthrough in the consumer sector. So far, manufacturers have had to push their VR glasses into the market with strong discounts, hoping for faster growth.

No one dared to travel back in time in the tram

With their idea, the Cologne-based company Time Ride is now proving that VR can also be used to teach a subject such as history in a more creative way. “We are already doing a lot of pioneering work here,” says Jonas Rothe. During his studies of cultural management, the managing director of the company had repeatedly considered what museums would look like in the future. “I wondered how to convey history better,” explains Rothe. At first he thought of 360-degree projections of films. But with VR technology there is now the much better technology. 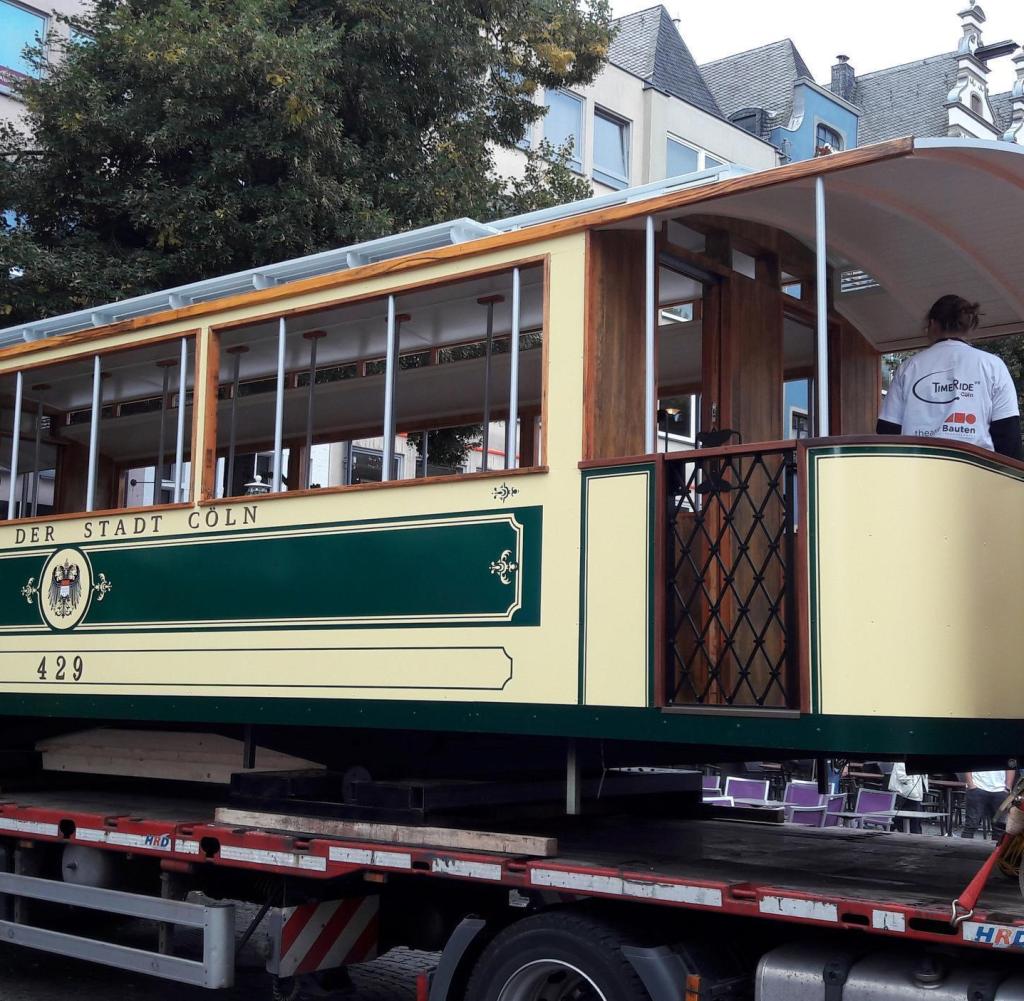 Rothe is certain that no one in the world has ever dared to travel back in time in a tram. That’s why you had to develop many things yourself. For example, the tram, which is precisely tailored to the needs of time travel. “Although it is largely based on an old Cologne railway, the rows of seats, the length and the height of the tram are not quite right,” explains Matthias Flierl. After all, visitors should not touch each other with the glasses when admiring the area around the railway.

Another hurdle in the development of virtual time travel, which began in November 2016, has been provided by the Cologne Archives. “In some places, of course, we also had to exercise a certain artistic freedom. Because there are not photos of all the houses on a street,“ explains Rothe. For the time being, they have therefore concentrated on an area of Cologne that is particularly well documented. The journey begins on the banks of the Rhine in the direction of the cathedral. Shortly before him, the tram turns into Bischofsgartenstraße, where after a few meters it dodges an crashed transport car and turns back towards the Alter Markt, where the journey ends.

Admission costs only 12,50 Euro for the time being

Jean Pütz is certain that time travel could also work well for other German cities. The presenter experienced with other guests such as comedian Tom Gerhardt one of the first trips through the old Cologne. But Time Ride VR still does not want to comment on possible expansions of the modern tourist attraction. “At the moment, our focus is definitely on Cologne. Like perhaps no other city in the republic, there is an incredible connection to home, ” says Managing Director Rothe“ In addition to interested Cologne but you also want to reach many tourists. For now, admission to the time travel capsule costs only 12.50 euros. 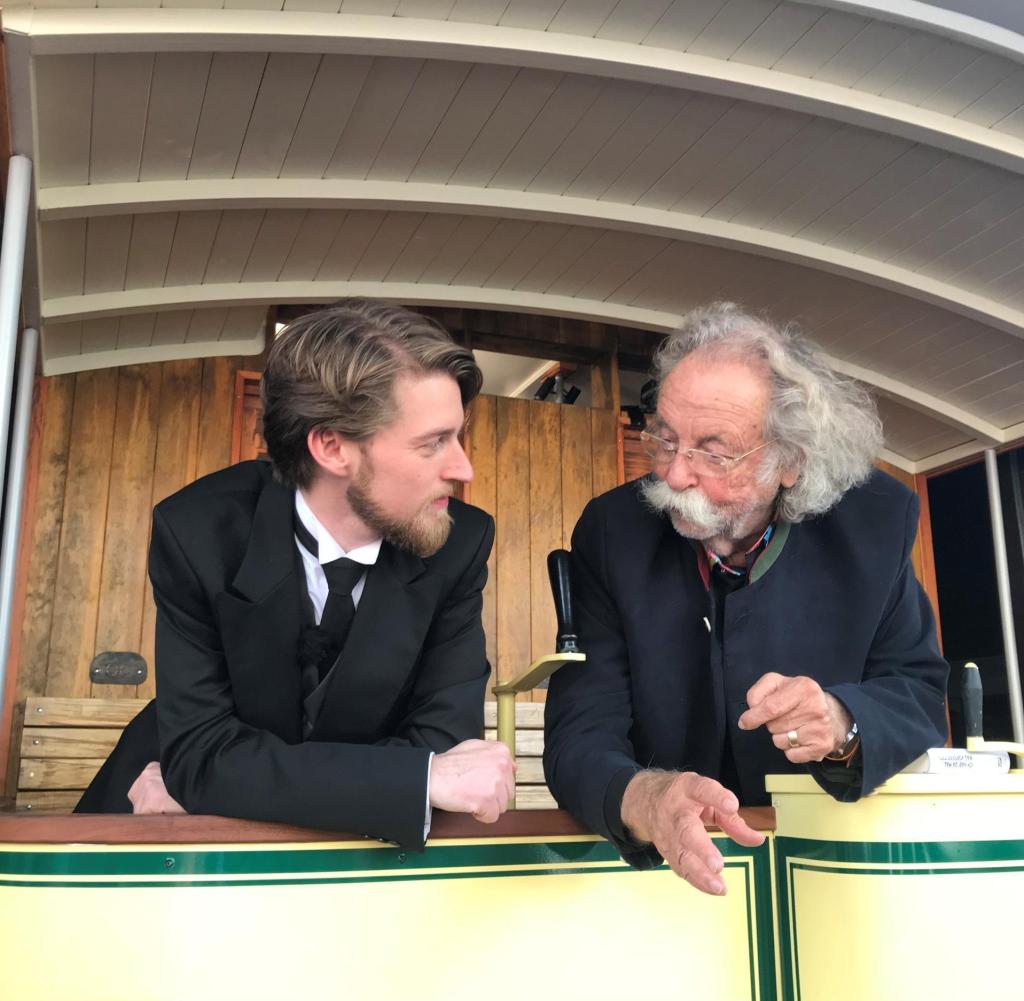 The jump to Cologne around 1900, for which the developers are said to have invested a seven-figure amount, remains only a foretaste of what VR technology will offer in the future. Although the data for the virtual tram ride is already available in high-resolution 4K quality, the current glasses can only display the images of Cologne’s city centre in HD quality. Individual pixels are still visible to the human eye so close to the screen. This impression will disappear in the future. Until then, the tram driver makes his first laps with his guests. True to his motto: “Levve un levve losse.“