These technology trends will change the user's everyday life

Many years ago, it was smartphones, then VR glasses, and recently speakers with built-in voice assistants: new technologies are rapidly transforming the everyday lives of their users.

“In previous years, technologies have repeatedly emerged and were quickly hyped without knowing the extent – from Google Glass to drones,” observes Theresa Schleicher, consultant at the Zukunftsinstitut in Frankfurt. Meanwhile, companies are focusing more: for example, on smart everyday helpers.

Voice assistants such as Amazon’s Alexa, Apple’s Siri or the Google Assistant have boarded smartphones, laptops and living rooms in the past year. In the future, the assistants will be installed in almost all networked devices and waiting for commands.

If the digital assistants reach their limits quickly, they will probably not only react more reliably to direct commands in the future, but also understand indirect wishes.

“In principle, you should be able to say: ‘I’m cold’, and then the heating goes on,” explains Sven Hansen from the computer magazine “c’t” the target.

“Artificial intelligence is one of the most important technology trends,” emphasizes Christoph Loeffler, Group Director of the design and innovation consulting agency Fjord in German – speaking countries.

“Artificial intelligence in the form of chatbots plays a role, especially in logistics, manufacturing and warehousing, but also in the service sector,” explains trend expert Schleicher. In the car, the assistants are on board as passengers, driving assistants and traffic jam pilots point the way towards autonomous driving.

At the moment, Alexa and Co.listen to the wishes of their users above all via smart speaker boxes or mobile phones. Sooner or later, however, special hardware will probably be superfluous.

Kitchen appliances such as microwaves already have voice assistants on board. “The trend is towards more than one microphone in the house, “believes”c’t” employee Hansen.

Initially, however, the number of voice assistants will increase in the short term, predicts Alexander Henschel, Managing Director at the consulting company Goetzpartners in Munich. “But then three to five dominant players will prevail.“

The smart home of the future will not only change the everyday life of residents through voice control. A combination of sensors, intelligent camera systems and screens will help to cope with everyday life in the future, says innovation consultant Loeffler.

In addition to shopping and entertainment, the networked home could also ensure the safety of residents – for example by interpreting unusual movement patterns or sounds as a possible emergency situation. Whether Internet companies, energy suppliers or telecommunications providers will hold the reins in their hands is still uncertain.

The new OLED technology also promises better contrast values. What added value these superlatives offer for customers, however, is questionable, the experts agree:” Even with HD you already have very good pictures, ” says Henschel.

As for the housing, the TV is “on the way to wallpaper,” says “c’t”editor Hansen. Super-thin and roll-up displays make the new devices of some manufacturers more like posters than the original tube TV.

Smartphone, notebook, tablet-still these are different devices. If you look at the new models, the classic categories are becoming increasingly blurred. Thanks to high-performance chips and docking solutions, smartphones will also come into consideration as working devices in the future. 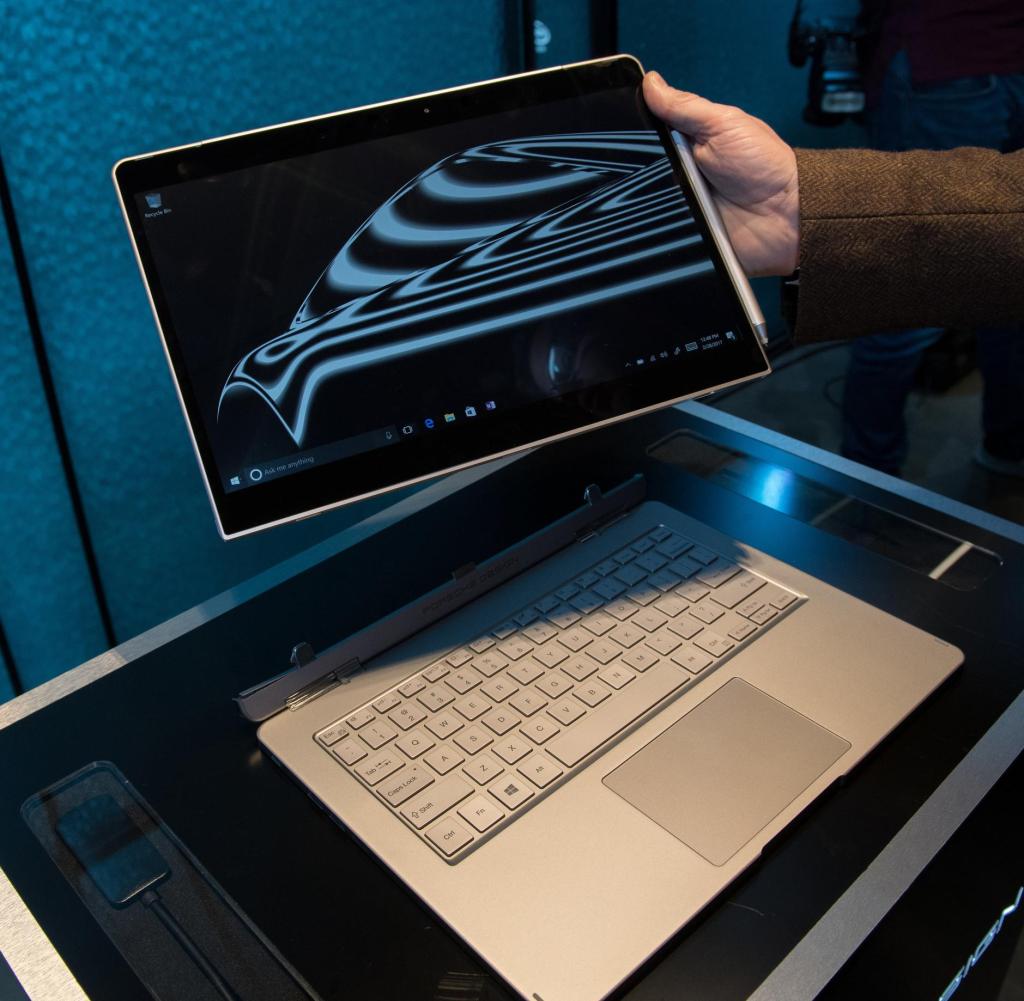 Hybrid formats such as convertibles, which work as both a tablet and a notebook with a keyboard, are also increasing. “Manufacturers are trying to sell people: that can be anything,” Hansen says, describing the development of the hardware. In addition, the trend is towards frameless displays and wireless connections.

The hype around virtual reality (VR), which culminated with the market-ready mass-market VR glasses such as the Oculus Rift, has subsided somewhat. Although technology continues to play an important role in video games, management consultant Henschel observes. Even more significant, however, is Augmented Reality (AR), i.e. the projection of virtual content into the real world.

In contrast to VR, less computing power is required here, the hardware is not quite as complex. The technology is used, for example, as an addition to navigation devices, which projects driving instructions directly onto the windshield of the car.

“Building planners use it to create and visualize buildings, and customers can use it to view products in their own four rooms,” says Schleicher. For example, furniture can be dazzled on a picture of the room even before purchase.