These gadgets are good gifts for teenagers

At the end of the year, the manufacturers of technology gadgets want to know again-and throw a lot of new products on the market, especially for young people. This year, therefore, the wish list should be particularly long.

We have selected the best gadgets for the eyes, ears and hands of teenagers. One thing can be revealed in advance: December can be really fun.

Noise maker on the go

Bluetooth speakers are often a little puny in sound and the dimensions of the case. At least you can not say the model Rockster (almost 1000 euros) of the manufacturer Teufel. The portable box is 77 centimeters high and almost 60 centimeters wide.

With 450 watts, it blows the music into the environment – from a 380-millimeter bass and a high-frequency horn. The sound level is a whopping 115 decibels. The sounds can be imported via smartphone-in CD quality they then arrive at the speaker by radio, promises the manufacturer.

Juice gets the sounding box from a battery, which should last eight hours. The Rockster box can also be connected to the twelve-volt socket in the car and to the domestic power grid. Additionally integrated are an instrument and microphone input as well as a headphone and line output.

Such an airwheel looks more like a unicycle for artists. But the built-in sensors keep the model quite securely in balance – like a Segway, it is also self-stabilizing. Tilting a little forward is enough to get the 14-inch wheel moving.

The Airwheel, which weighs just under ten kilograms, accelerates to 18 kilometres per hour – this is where the throttling of the 400 watt electric motor takes effect. The data refer to the smallest of the models, the X3 (almost 400 euros), which is probably best suited for beginners. 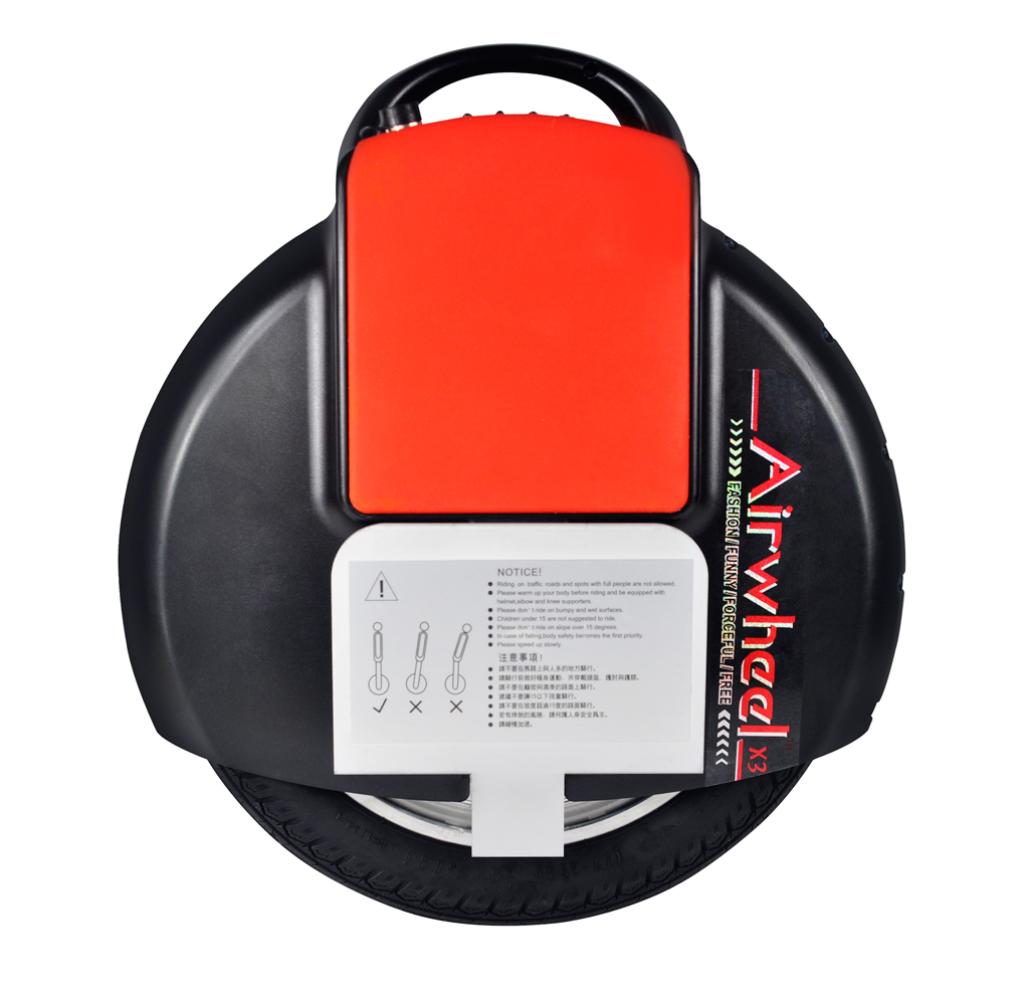 About 15 kilometers away you can get with an Airwheel, at least the manufacturer promises. In any case, the electrically powered unicycles are particularly manoeuvrable and, like a skateboard, can be steered smoothly through people and café chairs over the sidewalk.

In the run-up to Christmas, there is the full “Star Wars”Dröhnung: After the new game version “Star Wars-Battlefront” has come on the market, Sony also offers the corresponding controller for the Playstation 4. 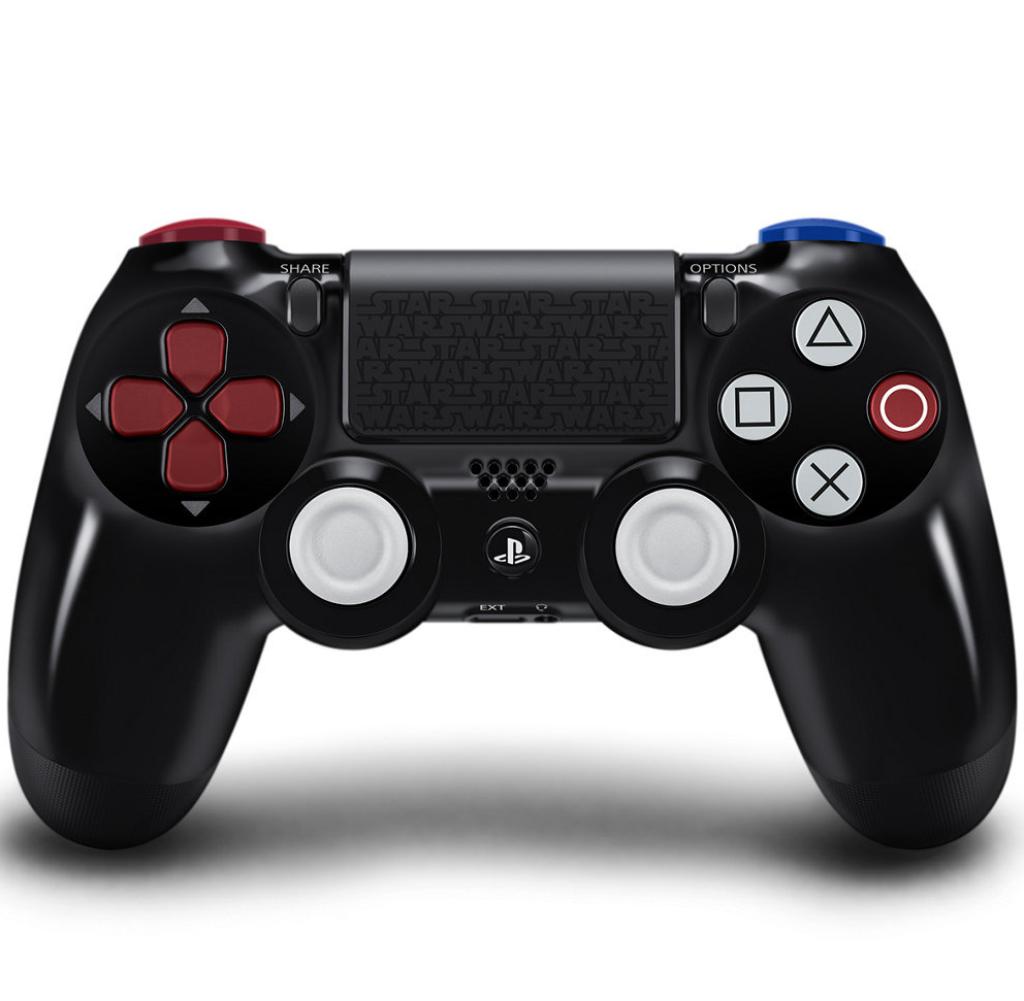 The suit of the villain Darth Vader is said to have inspired the developers of the controller, which is offered under the bulky designation Sony DualShock 4 controller wireless Darth Vader Edition (about 65 euros). At least she is actually very black. The”Star Wars” logo is also emblazoned on the touchpad.

Otherwise, the controller offers eleven buttons, two analog triggers and two analog sticks as well as an eight-way control pad-all this daddlers need to be able to steer the figures and space vehicles through the game. Headphones can be connected as well as speakers.

And the controller can wobble – if the self-controlled figure, for example, is hit by a laser beam. Using the”Share” button, players can share pictures and videos of their adventures in the virtual world.

High-tech racetrack for the living room

Microchip, sensors and a Bluetooth antenna plug into the cars of the model racetrack Anki Overdrive. At first glance, the special thing about this is that the cars control autonomously via the railway. Technically, that may be impressive. But exciting?

It becomes exciting only through the use of smartphone or tablet: With it, the player can take control of the cars-control the speed and steer the cars quite freely over the road. Because there are no traces, a few hundred times per second the sensor scans the ground so that the car knows where he and the other cars are. 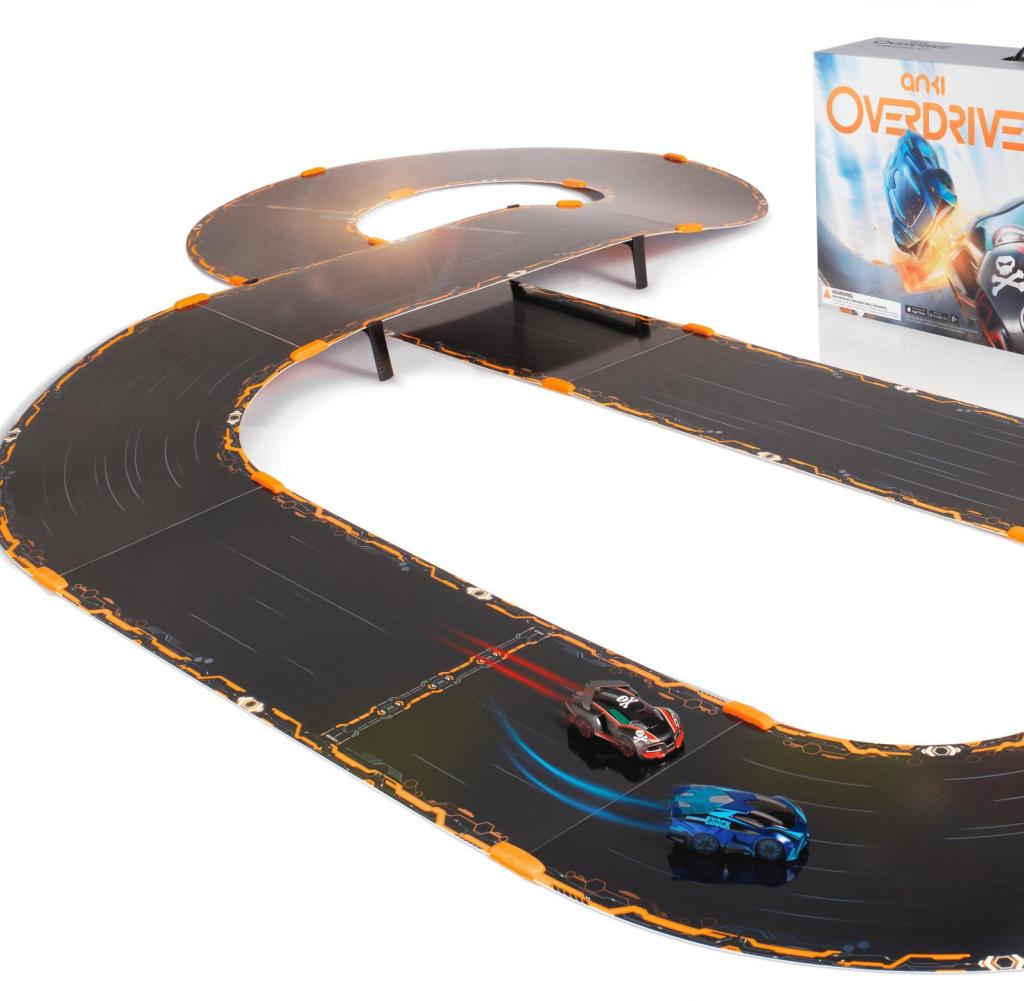 But the app can do even more: the race cars can steal energy from their competitors or pull them to themselves with the help of a tractor beam, a gravity field known from “Star Wars”, among other things, or throw them off track by electric shock.

So that this is not only nice to look at, the smartphone plays appropriate noise for the driving, such as the squeak of the tires or the roar of the engines. If you then connect the smartphone to the audio system, you can further amplify the racetrack sound and distribute it throughout the living room.

The new action cam Paxi young from Braun is compact and weighs only 44 grams. It films in HD at 30 frames per second and a resolution of 1280 by 720 pixels and has a 1.5-inch LCD monitor on the back to control the image. 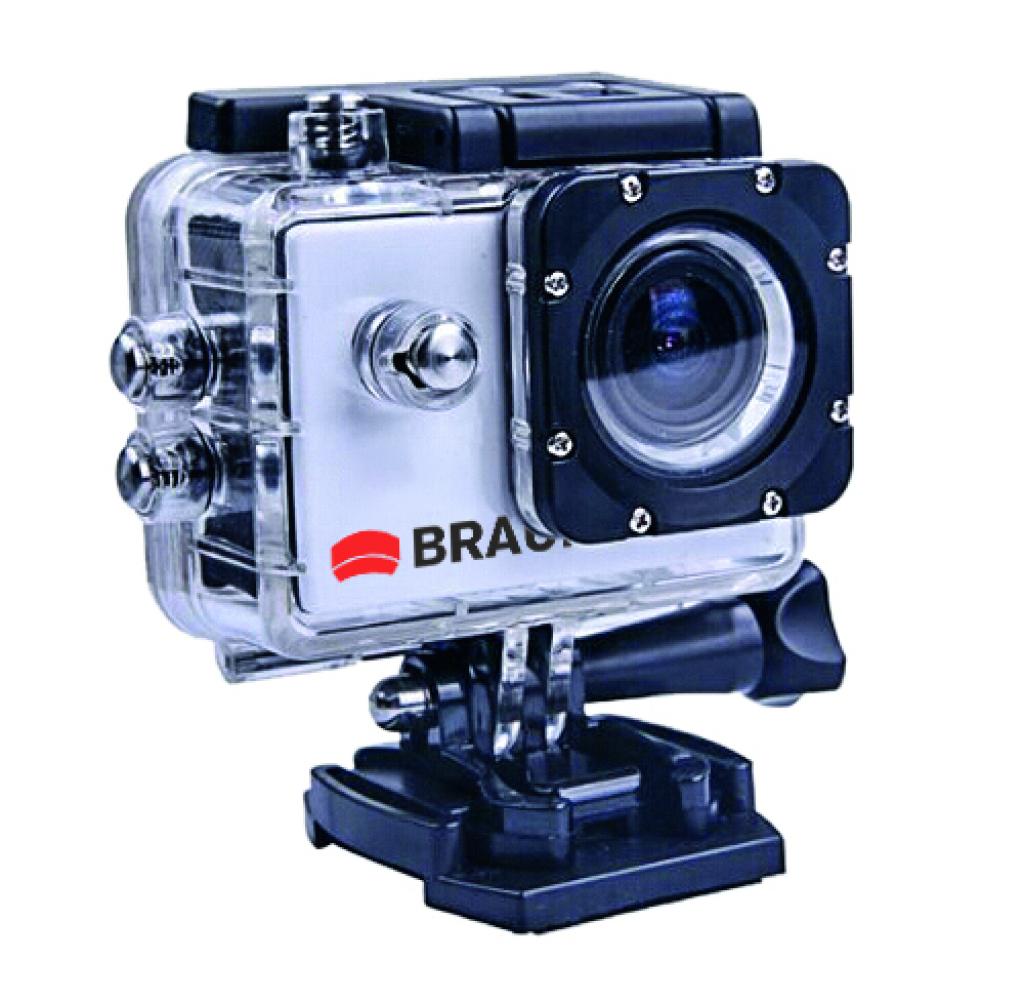 With one battery charge, the camera will last 70 minutes while filming. After about three hours, it is recharged. Users do not have to pay extra for expensive accessories.

The camera costs 60 euros and comes with an underwater housing that can withstand dives up to 30 meters deep. Also included: a handlebar mount, a helmet mount and adhesive pads.

The range of videos and apps that run for the glasses on the smartphone is increasing every day. In our test with other virtual reality glasses, the predecessor of the new Gear VR already performed particularly well. The new model has become almost a fifth lighter and costs 100 euros only half as much as the predecessor.

A touchpad on the side, as well as a back and volume button allow you to control the software. Spectacle wearers can wear their vision aid under the VR glasses.

By the way, the Gear VR has its own sensors that support the sensors of the smartphone. Thus, the delay of the representation during a head movement is kept very low, which is intended to prevent possible dizziness. 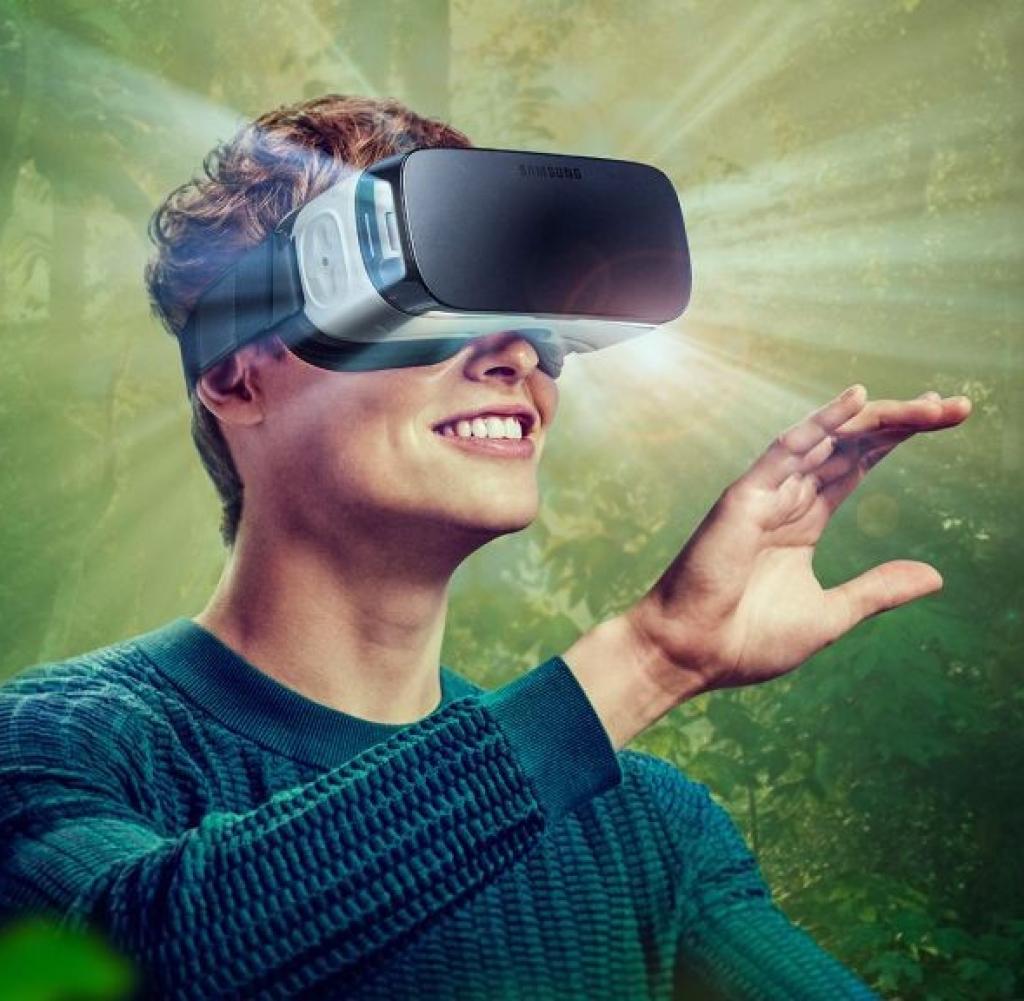