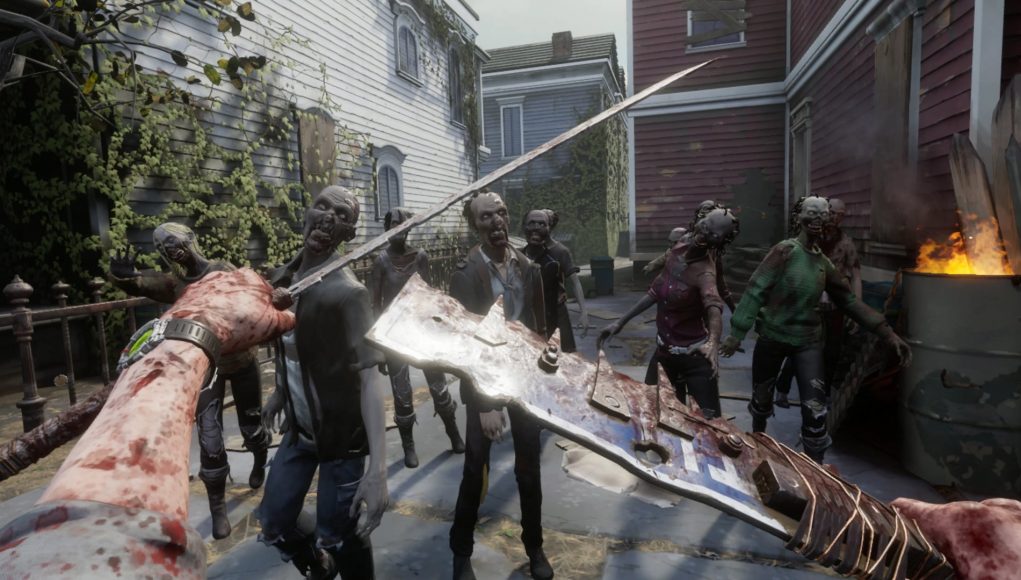 “The walking dead: Saints & Sinners” was one of the first big VR releases this year, and they remain one of the best in the year 2020, even with serious competition. Update Meatgrinder is the first free content update for the game. Its main feature is a completely new mode called “Test” which is essentially Horde mode.

The team has released a demo video about the new regime, describing in detail how everything works, you can see below. In fact, it’s not an endless mode, but it will become more difficult and is aimed at advanced players who want to demonstrate their fighting skills.

You’ll begin the mode with a single screwdriver and a sufficient number of bitcoins (currency update) to buy one weapon of your choice. You will earn more bitcoins, killing the zombies in each wave, but in the true style Saints & Sinners you will receive a higher reward for more stylish kills — for example, head shots, shots from a distance, using explosives or throwing weapons.

The update also adds a new difficulty setting for Story Mode for those who are starting a new game. As the name implies, it is a simple configuration with reduced damage to health and stamina from certain actions, allowing you to focus more on the narrative of the game. There’s also a new weapon skin for the katana, which is called Absolution, and you can see how the team uses him in the video below.

Update Meatgrinder to Saints & Sinners is available for players on PC and VR PSVR. Version game Oculus Quest is expected late this year, but so far no details about it, just guesses and assumptions.