The US government has accused Google of monopolizing the market the Internet-poskandalit Solovyov | 26.10.2020 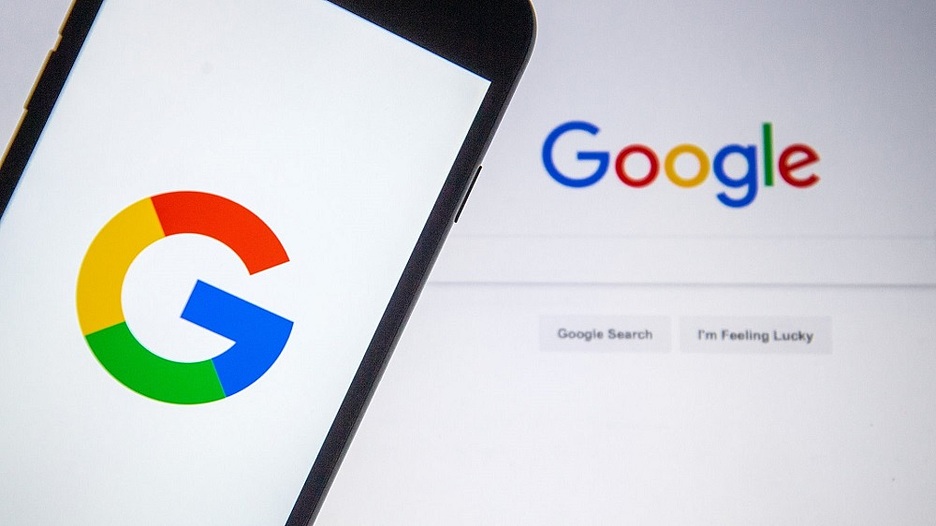 The U.S. government initiated antitrust campaign against Google, accusing the Internet giant of monopolizing the market and abuse of its dominant position on the markets for online search and online advertising. The other day the U.S. Department of justice (U. S. Department of Justice) appealed to the court against Google. Experts have called it the most significant attempt of the US government to protect competition in the last 20 years, since the case against Microsoft. In those years Microsoft had a 90% desktop OS market and, in the opinion of the authorities used this situation, forcing Windows users to Internet Explorer, to destroy a competing product, Netscape browser.

According to Bloomberg, the suit of the American Ministry of justice aimed at Google pay transactions entered into by the company to install its search engine in phones, smartphones, PCs and other devices by default. The agreement with Apple is the largest in this series. Immediately after the filing of the lawsuit was made public the details of an agreement between Google and Apple, which provided the Internet giant exclusive status on iPhone and other devices the American manufacturer at great expense.

According to the U.S. government, its terms were discussed at the meeting, Apple CEO Tim cook (Tim Cook) and CEO of Google Sundar pichai (Sundar Pichai) in 2018 then someone from top-managers Apple sent to my colleague from Google a message that contains the phrase: “Our vision is that we work as if we are one company.” As evidence that such a deal was made, officials from the US Department of justice also refer to internal Google documents, which deal Apple referred to as “a significant channel of income”, loss of which can lead to “Code Red” – in 2019, almost 50% of search traffic Google accounted for by Apple products.

According to officials of the justice Department, when the user buys a new iPhone or other Apple device, the built-in search engine in Safari is Google. Apple users, in theory, have the ability to manually switch to Microsoft’s Bing, Yahoo or DuckDuckGo Search, but in practice, “very few people do it.” Apple offers users of its gadgets the ability to switch between search engines during the initial setup of devices, in the same way as the first time you use Safari on your Apple device.

Apple, in turn, said that, besides the possibility to change the search engine default once configured, users can access third-party search applications, third-party voice assistants or go to the website different search engine.

In 2019, the congressional hearings chief compliance officer at Apple Under Kyle (Kyle Andeer) talked about the fact that the company held a public competition to determine what’s best for its customers, and consumers, according to him, I always turned to Google.

According to estimates by the US Department of justice contained in the lawsuit, according to the agreement, Apple receives from Google from $8 billion to $12 billion annually. It is believed that the income from this deal, Apple introduced its analysts and investors as one of the key indicators of its activity in recent years.

In addition, to obtain monopoly power in the market of Google helped and acquisition over the last 20 years 260 companies developing advanced technologies – such conclusion contains in the recent report of the legal Subcommittee of the U.S. house of representatives, which is also quoted by the media. The democratic Congressman, who headed the investigation, called the actions of the US Department of justice “long overdue”.

Disclosed the details of Google’s dealings with Apple, experts believe, will play for the benefit of the U.S. government who believe that Google uses these agreements to block its competitors in the segment of online search. So, the deal between Apple and Google, according to analysts, stripped search competitors Google important a distribution channel for a significant, long term. “Google is a gateway to the Internet search and advertising giant, said the Deputy U.S. attorney Jeff Rosen (Jeff Rosen). – The company has maintained its monopoly power through the practices of exclusion that is harmful to competition.”

In top management Google government initiative called can harm ordinary consumers, because “by artificial means” will support lower versions of the search. “Today’s lawsuit of the Ministry of justice are deeply flawed. People use Google because they want to, not because they are forced or can’t find alternatives,” – quote the media the message of the Internet giant.

In the presentation, which the Internet giant has held a number of journalists on the day of the filing of the lawsuit, it was alleged that Google had helped to keep prices of smartphones, and that consumers can switch easily from such services as Google Search, even if this option is set by default on smart phones and some Internet browsers.

To maintain a lawsuit against Google, the Ministry of justice has asked all States which share its concern for the politics of the Internet company. In the end, to the Federal government in a lawsuit joined by eleven States – Arkansas, Florida, Georgia, Indiana, Kentucky, Louisiana, Mississippi, Missouri, Montana, South Carolina, and Texas. The attorneys General of new York, Colorado, Iowa, Nebraska, North Carolina, Tennessee and Utah have issued a statement which said that they had not completed its investigation against Google and would like to combine their job with the Ministry of justice.

“It is essential that the claim of the Ministry of justice was focused on the monopolization of the Google search and search advertising, and anticompetitive business practices that Google uses to establish a monopoly in other segments, such as maps, browsers, video, and voice assistants,” – said in a statement, David Cicilline (David Cicilline), the mayor of Providence, state of Rhode island.

Other lawyers, however, said that the deadline for filing a lawsuit – just two weeks before the day of the presidential elections – suggests a political motivation. “The narrow focus of the government and alienation bipartisan attorneys General of the States indicate a frivolous approach, due to politics, and, most likely, will lead to the fact that Google only “lightly hit on the wrist,” said Alex Harman (Alex Harman), defender of competition policy in the human rights group Public Citizen.

It is unclear, experts say, how will the consideration of the claim of the government against Google, if next year you come to power, the administration Joe Biden (Joseph Robinette Biden), one of the candidates for the US presidency in the upcoming elections.

According to the Associated Press, the U.S. justice Department is preparing to bring similar lawsuits, and other large companies, including Apple, Amazon and Facebook. This summer, their leadership had to testify in Congress, in response to allegations in a monopoly position in the market, and to hear from the Democratic party of the United States the suggestion to divide them into several companies. Today, according to informed sources, the investigation against them continues as the US Department of justice and Federal trade Commission (Federal Trade Commission).