The types of immersion in another reality

The types of immersion in another reality 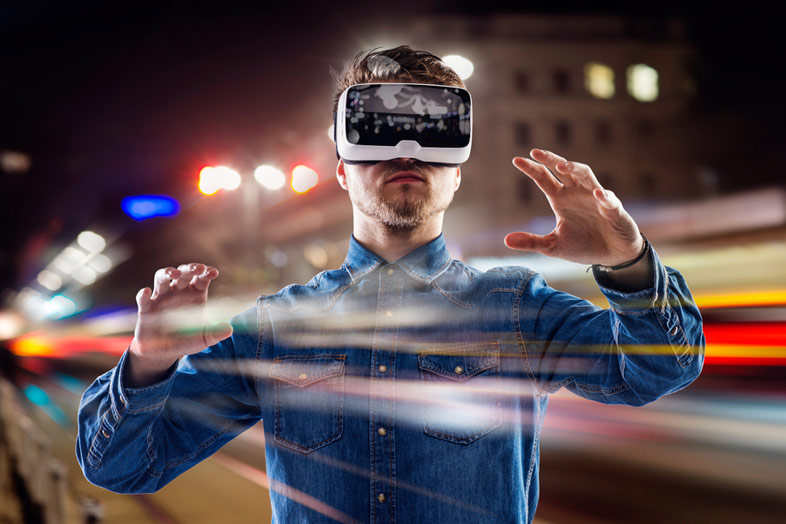 Despite the well-established expression “virtual reality“, there is a different degree of immersion in it that gives the basis to classify and allocate it in a few categories.

The most advanced virtual reality systems allow realizing the so-called “full immersion” in the virtual environment (used by some vr clubs Moscow), in which the touch system is completely (or almost completely) isolated from the natural stimuli. The term “full immersion” is very conditional, because, first, isolation from the effects of the environment can be achieved only for a few types of sense organs; and second, today it is possible to synthesize and to bring to senses is not the complete set of stimuli and implement a fairly restricted range of change of characteristics of the stimuli.

The functioning of these systems is based on the exact combination of the retinal images of objects in real and virtual environments – are used or semi transparent screens (through which is visible the real environment) or on an opaque screen aligned image obtained by the camera and is synthesized by the computer. Thus, in the systems of Augmented/Mixed Reality , visual sensors are not isolated completely from the real environment, and they both affect stimuli, some of which is natural and part – artificial origin. There are also studies virtual reality systems even of the same variety, similar in functional features to the kind of Augmented/Mixed Reality , but in which the real and virtual environments affect different kinds of senses (used by “non-overlapping” types of perception).

As example, the helmet display system to the monitor which displays a binocular image of the virtual environment, with high precision gauge 13 is real, and in addition, having high-precision coordinate reference to the real environment. The operator, equipped with such a system, will be able to move, for example, indoors in total darkness, in smoke, etc., guided by entirely artificial image of the 3Denvironment, and the simultaneous impact of real environment on the other senses.