The sword fighting in VR: the AI provides a realistic behaviour of the enemy

The sword fighting in VR: the AI provides a realistic behaviour of the enemy 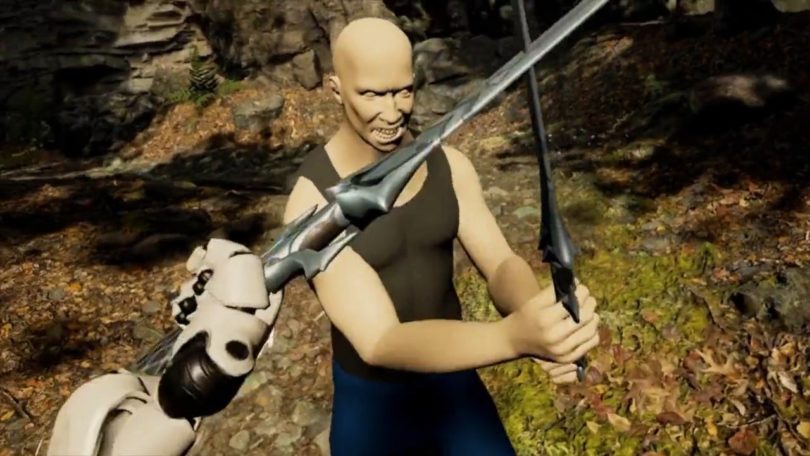 Fight with swords in VR is not fully resolved technical problem. In normal games, swordsmen, operated by the computer should only react on keyboard shortcuts, and virtual reality in an infinite number of possible movements. Researchers from the University of Bath (UK) claim to have solved this problem by using artificial intelligence.

“In virtual reality players can interact with the game world through natural movements. This complicates the development of games that convincingly react to the movement of the player,” explains scientist Christoph Lutteroth, who participated in the development of AI for sword fighting “Touché”.

“Touché enhances the realism of the sword fighting, creating suitable animations against attacks on the one hand and eliminating non-reactive behaviour on the other. With our model, the AI character can predict every possible combat situation and react accordingly,” says Lutteroth.

The team has teamed up with British game Studio Ninja Theory (Hellblade VR, DmC: Devil May Cry, Enslaved: Odyssey to the West) to implement a research project. The actors put on a spectacular costume and began to fight with swords. Recorded patterns of movement served as training material for AI Touché.

Game developers can customize the behavior of swordsmen, AI-controlled using several parameters, such as combat experience and aggressiveness.

For preliminary studies twelve volunteers took part in two three-minute battles in VR: in the first, they experienced the sword fighting using traditional technology, the second with Touché. Participants in the study prefer the latter because it made the fighting less repetitive and more complex.

“Game developers see Touché important step on the way to the methods of interaction based on the data. Soon the technology can be used in commercial games,” says Javier Dehesa, author of Touché

Maybe Ninja Theory is already working on a game with swords for points of virtual reality?

While games such as Blade & Sorcery, were ready to offer realistic fights with swords VR, the movement of the enemy characters can still be felt automaticity. In just a few hours in the game, even those who aren’t familiar with virtual reality, can easily dance around enemies. Let’s hope that, by incorporating machine learning into the development process, we will soon see a new standard for virtual sword fighting, based on human movement.