The principle of operation of the fingerprint scanner

This is one of the most convenient technologies, but as it turns out, is not always safe. The article will tell you how the fingerprint recognition, and why common password is still secure.

The secret is in minutia

The principle of operation of the fingerprint scanner is based on the analysis of the minutia. These are sections of a pattern, in which lines are changed, for example:

Our prints are unique thanks to minutem. So the main task of the scanner to accurately count them.

How are the data

When the technology first came out, the scanners had photographed his finger and then compared with existing images. The main issue was that if the finger is applied 0.5 cm below or above the initial scan, OCR did not work.

Another shortcoming of visual recognition – to such a scanner, you can simply attach a photo of the print and thus easy to deceive. Because the technology to get the same image as on the control sample, and open access. Therefore, the optical scanners can’t provide serious protection and are used quite rarely.

Modern scanners do not analyze the General form of the lines and minutia. Now they work like this: 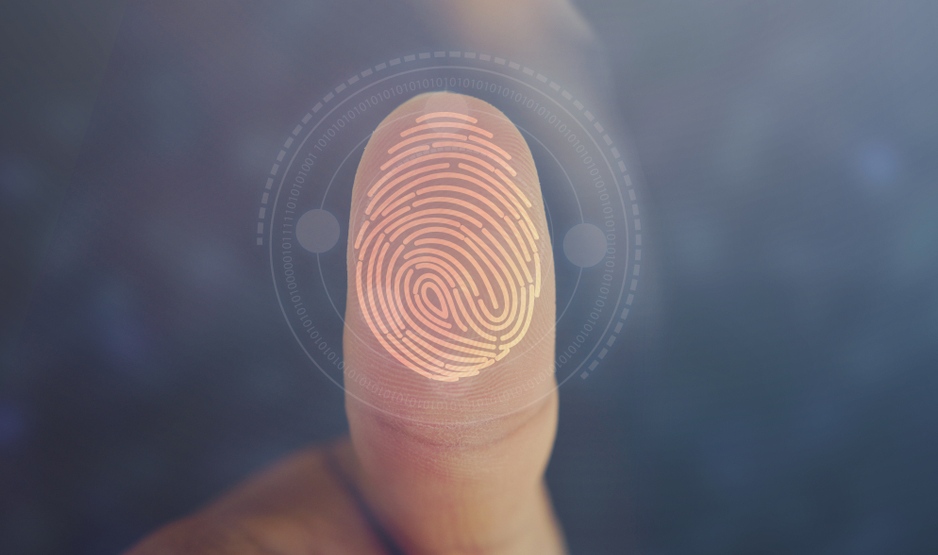 Optical — located below the screen. Modern OLED-matrix pass light from two sides, and what are the manufacturers to place a regular optical scanner directly under the screen. He makes corny photos (besides poor quality due to interference in the form of a pixel matrix), so is often mistaken for a long time “thinks” and works on any model, for example, on tape, film, etc.

Optical contactless. Improved model of optical scanners. In this case, a finger is applied not to the scanner and the glass under which multiple cameras take shots from different angles. Photo to deceive him is impossible, because cameras create a stereo image. Theoretically, to circumvent the protection can only be made using a 3D model of a finger.

Capacitive. The first fingerprint sensors in smartphones were such, and their varieties continue to be used. Principle of operation: the scanner surface is covered with a dense network of miniaturized semiconductors. When they put the finger protruding lines affect the conductors, causing the capacitance change. These changes formed the digital picture of the print.

Ultrasonic. Now it is the best and a reliable option because these scanners gather information not only about minutia, but the pulse, and make the boxy lines for more accuracy result. Because of the high cost they have not yet received widespread distribution: ultrasound scanners equipped with only a few Samsung models.

The answer depends on your priorities. If you need speed and convenience, use the scanner. This option is perfect if your phone or laptop there is nothing top secret and overvalued. Fingerprint will be enough to protect the device from the child.

In another case, we recommend to use a password, because the scanner can be fooled in many different ways, and bypass the password by only two: to hack or spy. If you come up with a fairly complex combination and make sure that while entering for you no one was watching, then to hack this password would be extremely difficult.