The Oculus Quest allows a real feeling in the middle

Anyone who has ever had VR glasses on their nose knows that this technology could revolutionize the computer games industry. But although several manufacturers have already put a lot of effort into it, the great success has so far failed to materialize.

The reasons are obvious: most available cyber glasses are either expensive, technically immature, or lack the appropriate game selection. Facebook wants to change all this with its latest prank: Oculus Quest is the magic word.

Like the Oculus Go, it does not only work without cables, but also without a PC, console and smartphone. Unlike the good predecessor – see test here-the quest allows a completely free movement. “Computer Bild” has tried the cyberglasses.

Oculus Quest based on smartphone

First of all: Real PC games from the high-end glasses Oculus Rift and HTC Vive do not run with the quest. Like the Oculus Go, it is based on a smartphone, but unlike Samsung’s Gear VR, it no longer needs a mobile phone.

The Quest uses a Snapdragon 835 processor, Qualcomm’s top CPU from 2017. Thus, the integrated technology provides enough power to represent 3-D games without jerks or delays. The built-in OLED display offers a resolution of 1600×1440 pixels per eye, which is completely sufficient for the normal gamer.

However, if you look closely, you can see a fine pixel grid and individual pixels. This does not detract from the fun of the game due to the newly gained freedom of movement.

The new VR glasses use the specially developed tracking technology “Oculus Insight”. Thus, the user can actually move completely in virtual reality and change his position as desired.

And completely wireless-so far, the immersion was significantly disrupted and the feeling in the middle of it could not fully unfold. Unlike the Rift, you do not need to put external sensors for this, the living room does not fall victim to gaming feng shui.

How can that be? Well, in each of the four corners of the front of the glasses, a wide-angle camera is embedded, which measures the space and at the same time estimates the position of the player. This worked amazingly precisely and without any delay in real time already with the tried-and-tested prototype.

The only drawback in theory: since the camera sensors are located only on the front of the glasses, they can not capture what is happening behind the player and, accordingly, do not map it in the game. But the algorithm of the quest works so well that this physical “problem” is not noticeable when playing.

The two Oculus touch controllers for the left and right hand complete the set. They are virtually identical to the input devices of the Rift and equipped with various sensors that transform the piece of plastic into a virtual hand with a precise gripping function. 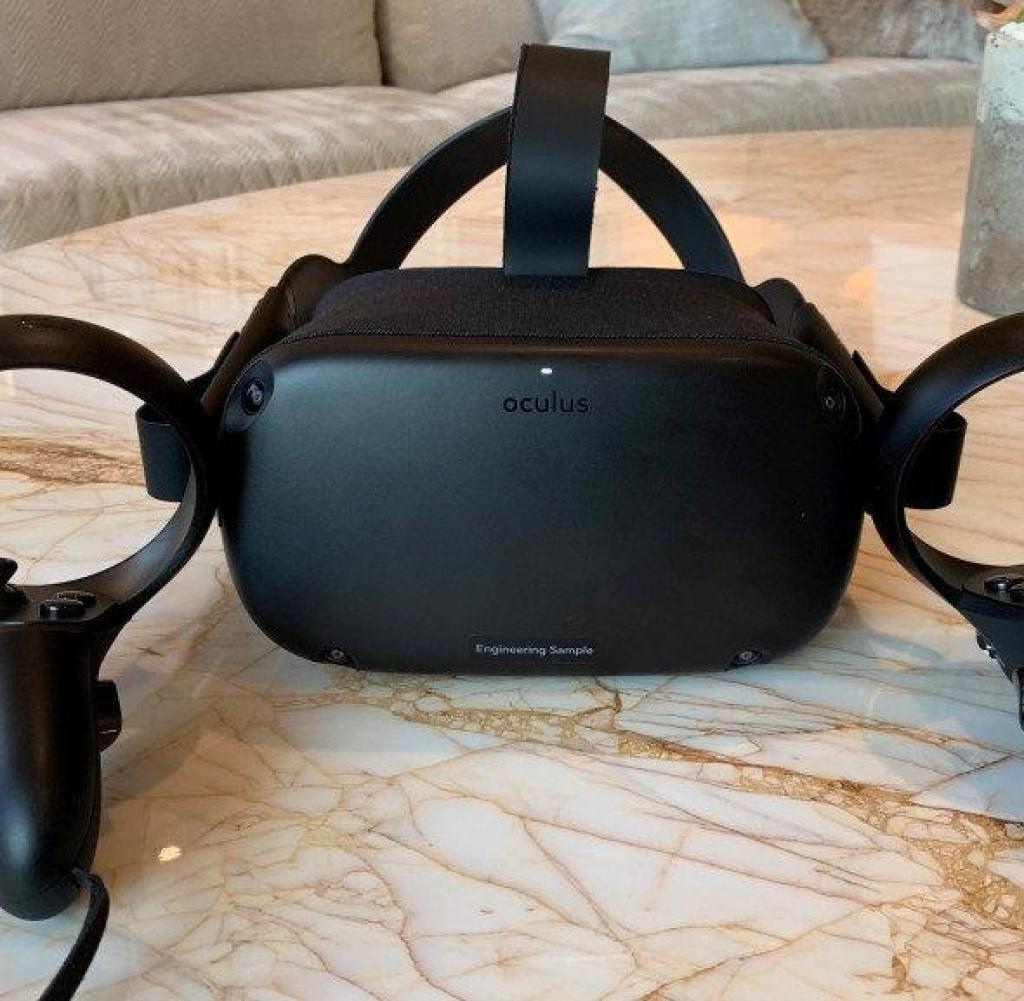 If you then put on the glasses for the first time, take the digital racket in your hand and play tennis in the living room, you will recognize the technical progress that Oculus Quest brings.

Whether legendary Becker pike jump, sprint to the virtual net or the skillful forehand for the perfect return – the freedom of movement in combination with the no longer existing cables creates a completely new gaming experience.

Nevertheless, you do not have to worry about the favorite vase: the playing area is set in advance, the boundary with a grid is indicated.

Who should buy the Oculus Quest?

The question is whether the mix of sophisticated high-end hardware paired with smartphone-level games will work. One thing is certain: There should be lots of games. At the start of the Oculus Quest, more than 50 titles will be available.

VR fans can look forward to the said tennis game and already well-known titles such as “The Climb”. New productions such as” Star Wars – Vader Immortal ” are also coming – an interactive VR series around Darth Vader, which appears in episode format.

But the big question is: which gamer should buy the device? Hardcore PC gamers should be the new model despite everything too weak on the chest-VR highlights such as “Doom VR” can not be played with this. Console and casual gamers, in turn, would be the perfect clientele, but the high price should deter them.

Conclusion: With Oculus Quest, the Facebook subsidiary is taking a big step forward. Although image quality and hardware – the processor is a bit fresher – are almost identical to the Oculus Go, the free movement in the room now allows a real feeling in the middle of it.

Squat, pike jump, fist punch – everything works as with the big brother Oculus Rift without additional sensors set up in the apartment. This is made possible by the four cameras on the front.

Class: The two included touch controllers transfer the hand movements into the game without delays. Only the price is a little too high.

Weaken: high price, no high-end games like on PC

The Oculus Quest will be released in spring 2019 at a price of 399 dollars (about 340 euros). There are currently no further details.