The most anticipated games on the Oculus Quest in 2020

The most anticipated games on the Oculus Quest in 2020 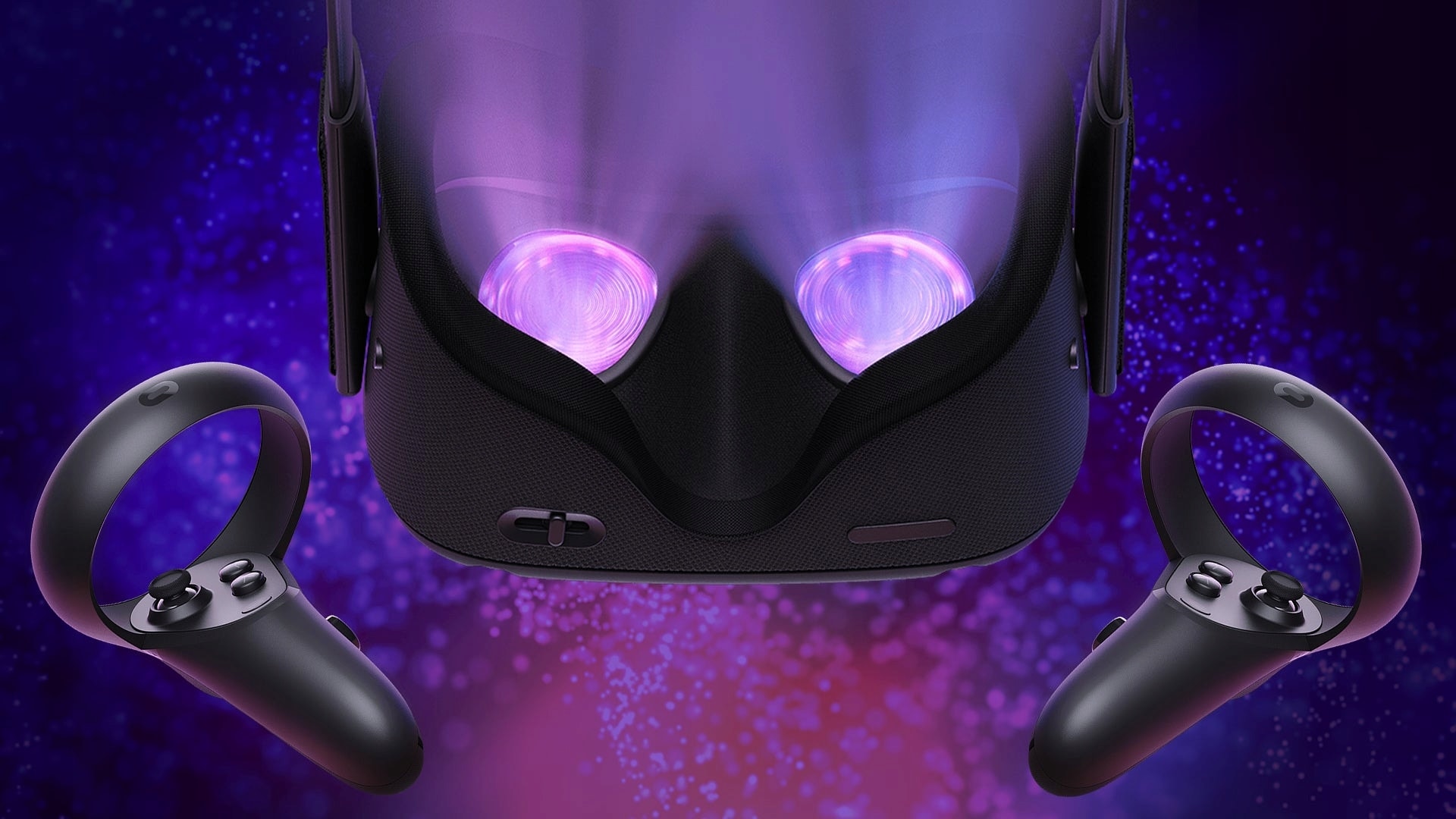 The content library Oculus Quest has over 100 games and apps at the end of August and continues to grow steadily. Here are the TOP 25 titles that will appear (or already appeared) in 2019 and 2020.

Cas and VR Chary is a YouTube channel created by a Duo from the Netherlands Casandra Vuong and Chary Keijzer who document their VR trip in 2016. 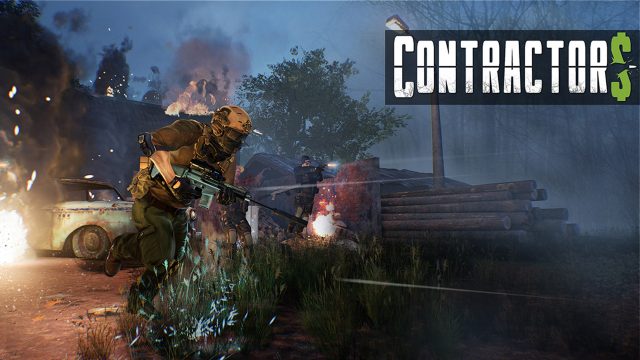 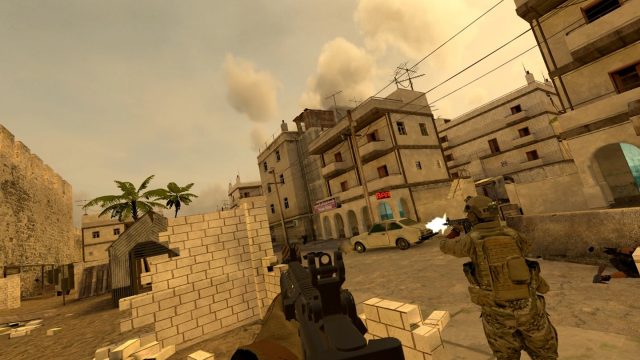 Onward is a tactical first — person shooter. Coordination skills, communication, and marksmanship is very important, as they have a limited number respawns, no HUD and no sights. Currently the game is in development for the Oculus Quest. 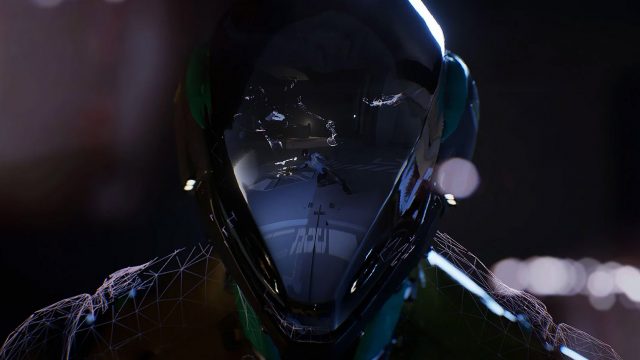 Solaris: Offworld Combat is a first — person shooter from the developers of the Firewall Zero Hour. Yet little is known about Solaris, but judging by the trailer, it looks like a multiplayer sci-Fi shooter game with dynamic action. 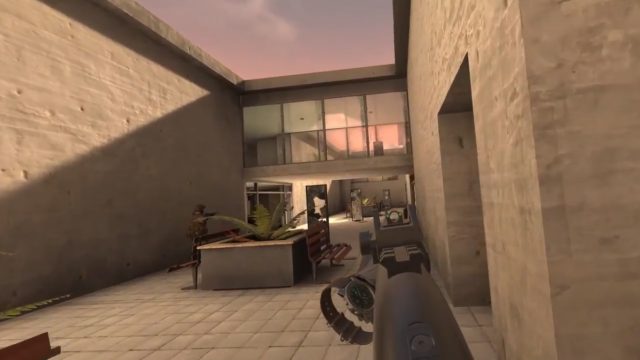 The developer confirmed that the Lite version of Pavlov will appear in Oculus Quest on December 19 and will be free. There is no information about the gameplay. 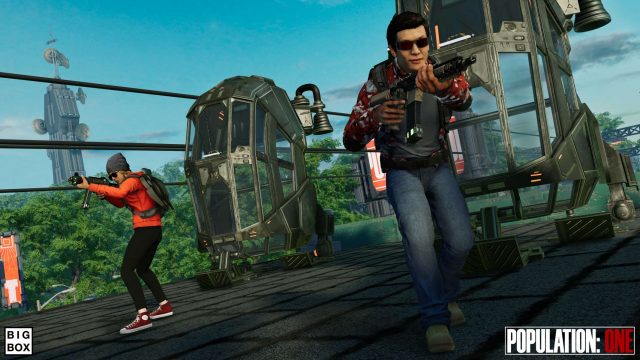 Population: One — multiplayer Battle Royale, like a light version of Fortnite. You fall with a parachute in the middle of the map, and there you will have to hunt for weapons and resources to be the last man standing. You will have freedom to climb on anything, hover over the buildings and build structures to protect themselves. 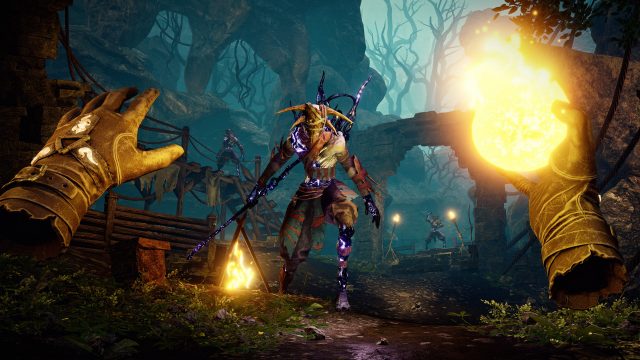 The Wizards — Dark Times — magical battle adventure game. In this game you have to use hand gestures to cast spells such as fireballs, attack of wind, ice shields, and bows. Attack also can be combined; for example, use ice to freeze the enemy, then use fire ball to melt the ice in the water. Following the story, the player will go to a different environment where he will have to defeat fantastic monsters. 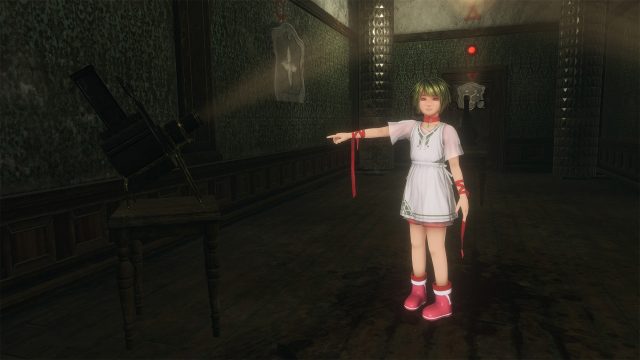 The Last Labyrinth is a Japanese action adventure puzzle game. You are tied to a wheelchair, and sitting there, you solve the puzzles to escape from the mansion, which is full of hidden dangers. You do this with the help of a mysterious girl who appears in front of you. 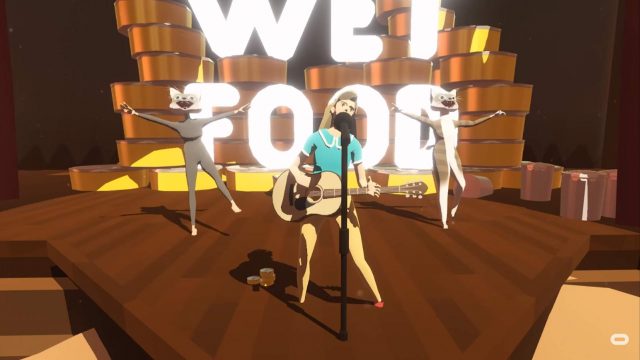 The Under Presents is a unique joint concert at the theatre. Social experience, where you will be aboard the magic time-traveling ship. Here you communicate with the real actors on the stage live. 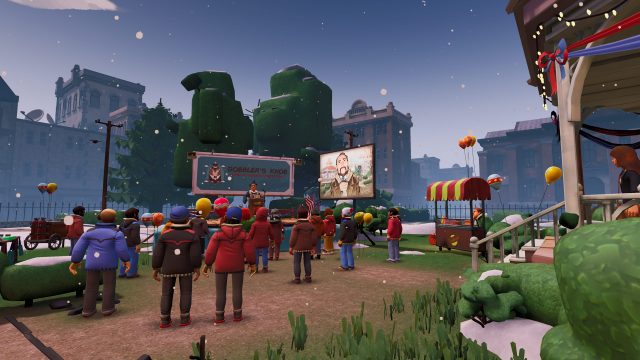 Groundhog day — a movie about a guy stuck in a time loop that repeats the same day over and over again. Groundhog day: Like Father Like Son like a sequel to this film, but in the form of adventure games. You will play the son of the protagonist of the film, which also stuck in a time loop. To escape, you must explore and solve puzzles.

Down the Rabbit Hole 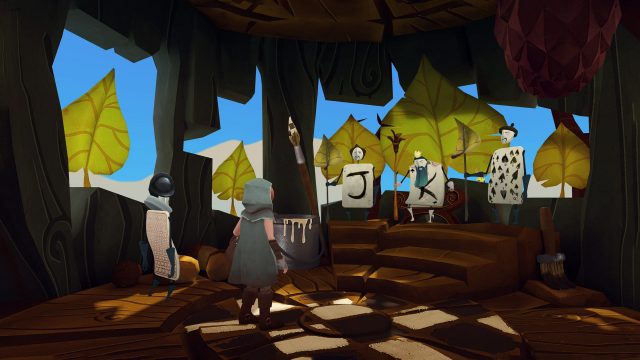 Down The Rabbit Hole — an adventure puzzle game from the third person, which takes place in the universe of Alice in Wonderland. As a player, you are in for a big rabbit hole where Alice fell, and one of the cards. When you research the rabbit hole, there are more panels, where you solve puzzles. The game takes place from a third person; however, when you solve the puzzle or talk to one of the iconic characters, you will be teleported to the first-person mode.

The Curious Tale of Stolen Pets 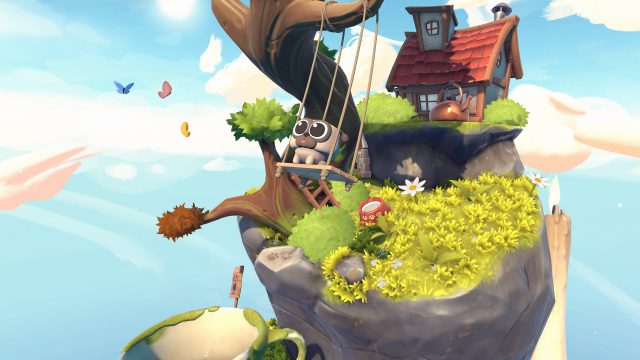 In this casual game you have to help his grandfather solve the mystery of the kidnapped Pets. As a player, you can explore the tiny planet in front of you, full of interactive elements that can provide hints or to uncover the hidden Pets. Puzzles easy, because the developers strive for a calm game that allows you to slow down and enjoy the environment. 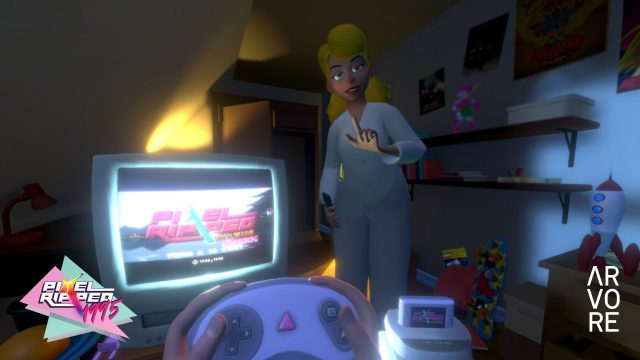 Pixel Ripped 1995 continues the story of the first game: Pixel Ripped 1989, where you have to fight with the evil Goblin. As in the previous game, you will move between 2D and 3D worlds, as if you are traveling between dimensions. This sequel promises more content. 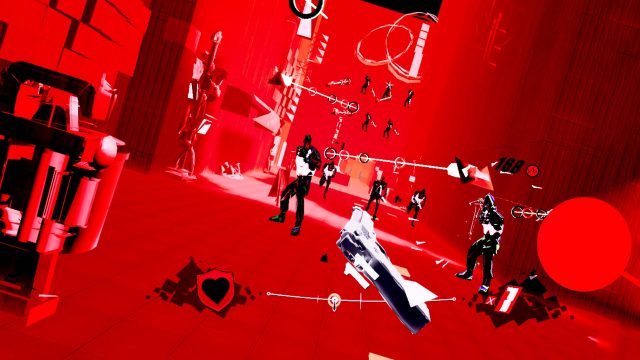 Pistol Whip is a rhythm game which is a kind of product of the Beat Saber and Superhot. With a gun in hand you shoot at enemies in time to the music. This game will make you feel amazing; people who have tried the demo even describe it as feeling like you were in the shoes of John Wick. 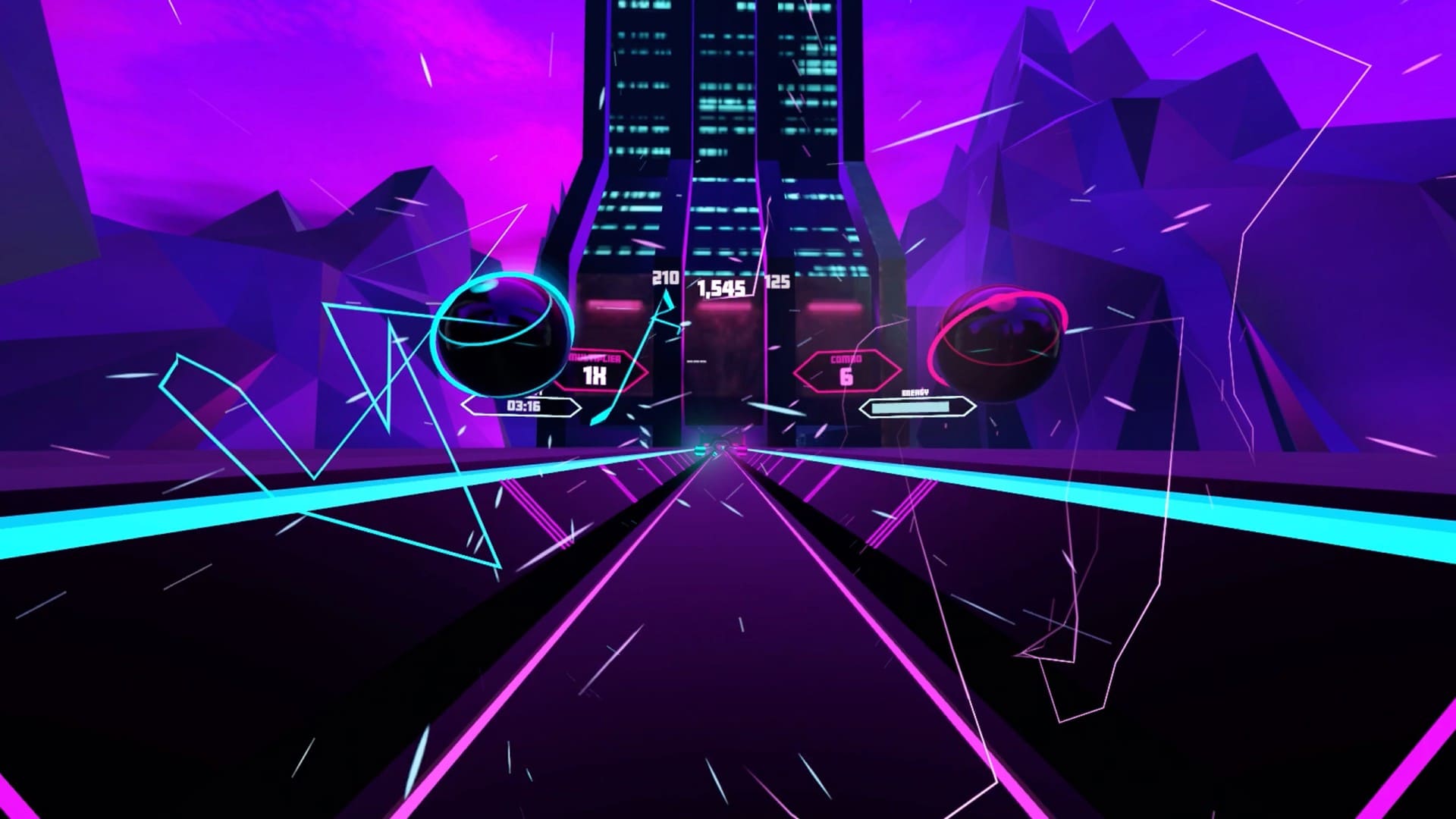 Synth Riders — rhythm game in which you travel on a journey through the neon-drenched cyberpunk world with beautiful levels and music the best sintav artists from around the world.

Your goal is to get realms in the hands of the colored notes flying by you in the rhythm of the composition, and Dodge obstacles. Some notes appear singly, others in the form of long lines; some need to hit the particular sphere, the other two spheres at once. The game turns into a dance — and at the same time in perfect physical exercises. 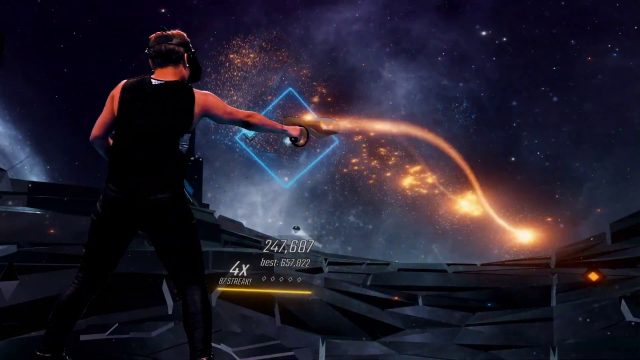 Audica is a shooter game from the developers of Dance Central and Rock Band. In Audica you have two weapons! And using them, you shoot and break the target in time to the music. The better you show the accuracy, the more points you get. 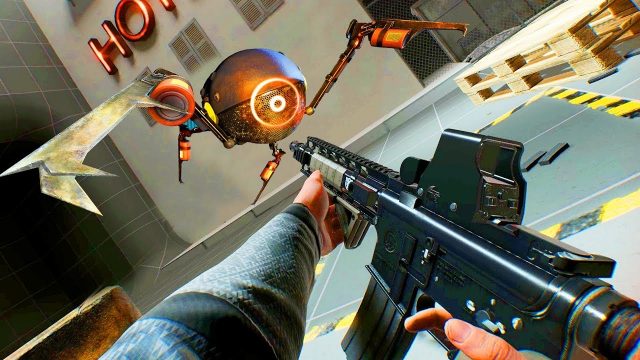 Game based on the universe of the Boneworks, coming to Oculus Quest. The gameplay was provided not much information, but Boneworks is a game that many are waiting for. This is because the game promises challenging physical fighting and engagement — a high level of excellence that has not often appears in VR games. 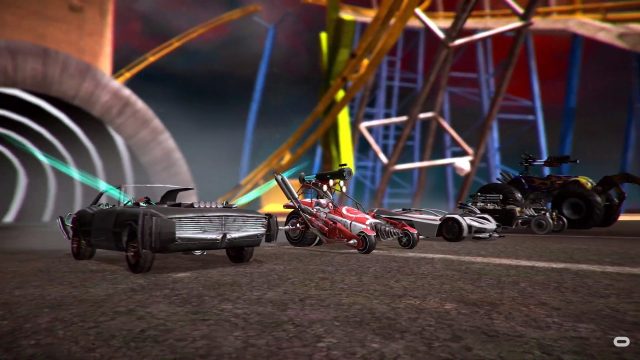 Death Lap — crazy combat racing game. It has elements of Mario Kart with the powerups for the pickups, which you can find on the race track; you can kill enemies by shooting them from weapons. In artistic style is something from Borderlands. If you know this game, I can imagine that races are fast and intense. Cars creative design, imagine things like monster trucks with giant claws moving ahead. There are several vehicles to choose from; each has different strengths, weapons and abilities. 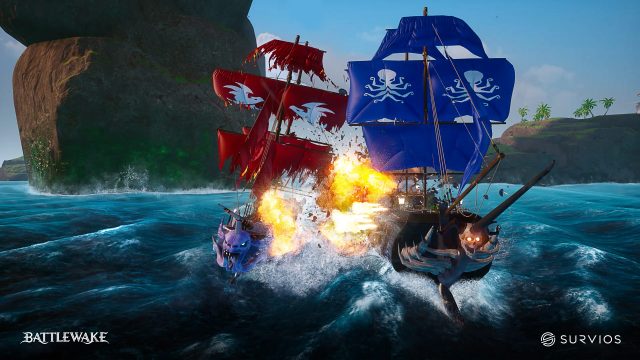 Want to become the master of the seas? BattleWake allows you to fight in the ocean on your own ship. You can play as one of four mythical pirate lords, each with his own power and superiority that can lead to severe storm or the Kraken to help you. We all have a few ships to choose from, each with their own strengths. As a player, you are at the helm, driving the ship. You also control where you attack, swinging the weapon in this direction, using your controller. 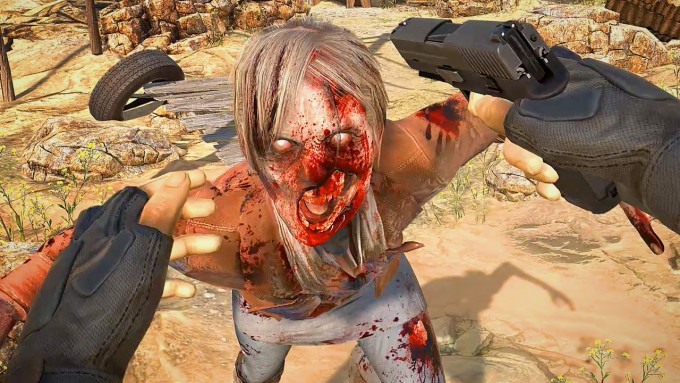 Arizona Sunshine is a zombie in a post-apocalyptic southwestern America. You can play the story mode completely in co-op, and then you can play endless Horde mode for four players.

Doctor Who – The Edge of Time 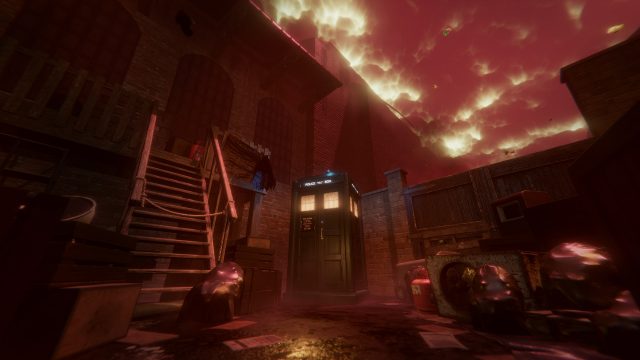 Soon you can become an eccentric Time Lord and jump in time and space independently, using the TARDIS. Yes, talking about Doctor Who. The cult armed with a screwdriver, you’ll solve puzzles, fight monsters. 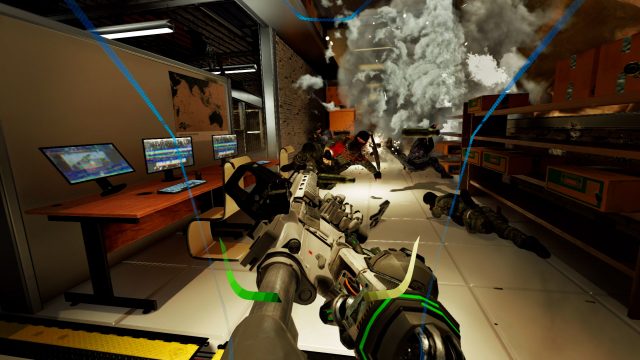 Espire 1 is a stealth game for one player. As an agent Espire, you perform target mission using an Arsenal of weapons and gadgets. As a player, you are using a hardware virtual reality in the game to remotely control the drone Espire 1. You can use voice control to alert the enemy, kill enemies by hitting them in the head and dragged along their bodies. There are other elements of stealth, but also full of history and the mode of competition over time. 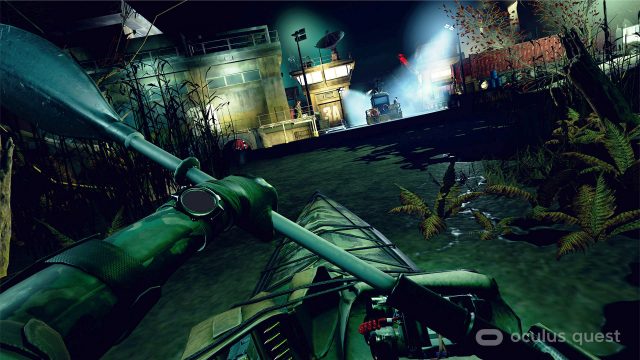 Phantom: Covert Ops uses a unique design of virtual reality, allowing you to use smooth motion without fatigue. In this game, all on the water. Thus, you are sitting in the tactical kayak which you move, is actually rowing.

In the demo, at your disposal will be a sniper rifle and a bomb in the kayak. Using this, the player must pass through the water, to hide in the shadows, and decide whether or not I shoot the guard or to follow the path of invisibility. Prevent all-out war for one night. 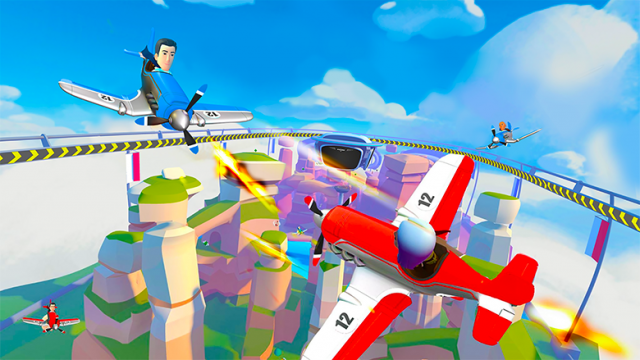 Horizon — a new social VR game from Facebook. It will be the ever-expanding virtual world where you can explore, play and create. Will open the worlds created by the community, which can be anything. There are also games that allow you to organize friendly competition. All this you can also create yourself using the tools provided, which are simple to use. Presumably, you could make a game inside this social game, which will play the other. 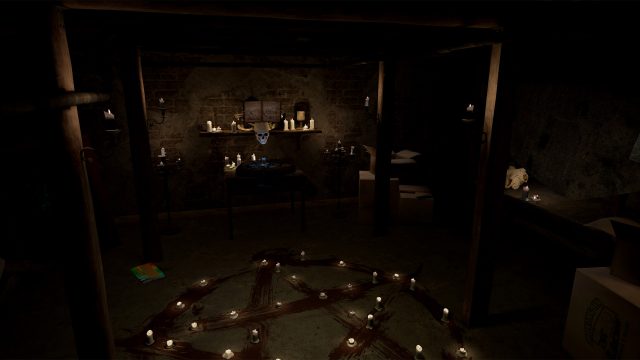 Armed with a lamp, almost empty, you can explore the big house, and you will soon find that you are not alone. This game consists of walking from one place to another. Once you have found the right place, next door or in the doorway allows you to go further. 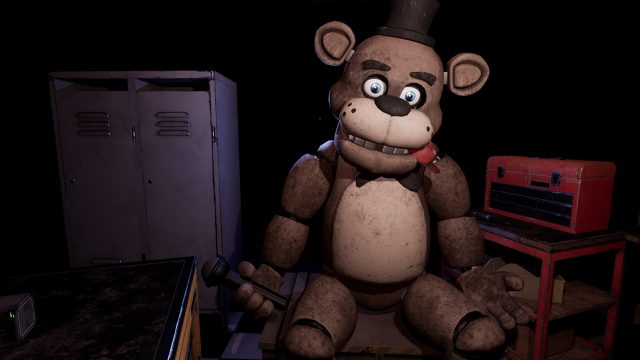 Popular horror game Five Nights At Freddy’s now also in VR and the Oculus Quest is in development. This version of virtual reality is a collection of classic and original mini-games set in the universe of Five Nights. And here you have to go through horrible meetings with murderous animatronics.