The hologram leads on the right path


The Russian company WayRay has developed a unique navigator that projects an image on the windshield of a car in the form of a hologram. The world’s leading automakers are interested in the solution, and the company is already concluding impressive contracts with them.


Once a friend gave a navigator to a young Moscow entrepreneur Vitaly Ponomarev, but the gadget worked so poorly that, distracted by it while driving a car, Vitaly got into a small accident. Then he decided to develop his own car navigation system that would work quickly, be convenient and not distract the driver from the road. So in 2012, the WayRay company and its Navicon navigation system appeared, which has a number of fundamental technological features.


Information in front of your eyes


WayRay has decided to make its way in the market of so-called Head-up Display (HUD) devices, which project the information necessary for the driver (for example, navigation data, driving speed, etc.) on the windshield. According to the forecasts of the analytical company MarketsandMarkets, the market for these solutions is currently developing dynamically, in the next few years it will grow by about 22% per year and by 2021 it will reach $1.33 billion.


First of all, manufacturers of automotive components (Bosch, Continental, Delphi), as well as automobile companies themselves (BMW, Toyota, Hyundai) are actively working on the HUD market. There are also many startups, one of them is a young Russian company from Udmurtia, Hudway Glass, which has developed a special stand for a smartphone that projects car traffic data from it to the windshield, and which quite successfully sells this solution in the United States.


Most solutions in the field of HUD offer to broadcast information in the area of the windshield using special transparent displays. However, this approach is not very convenient: it can be quite difficult to position the projection display, besides, it cannot be made large in size so that it does not block the driver’s view. WayRay chose a different principle: they decided to use hologram technology, which represents the visual information in the car in the most visual way. 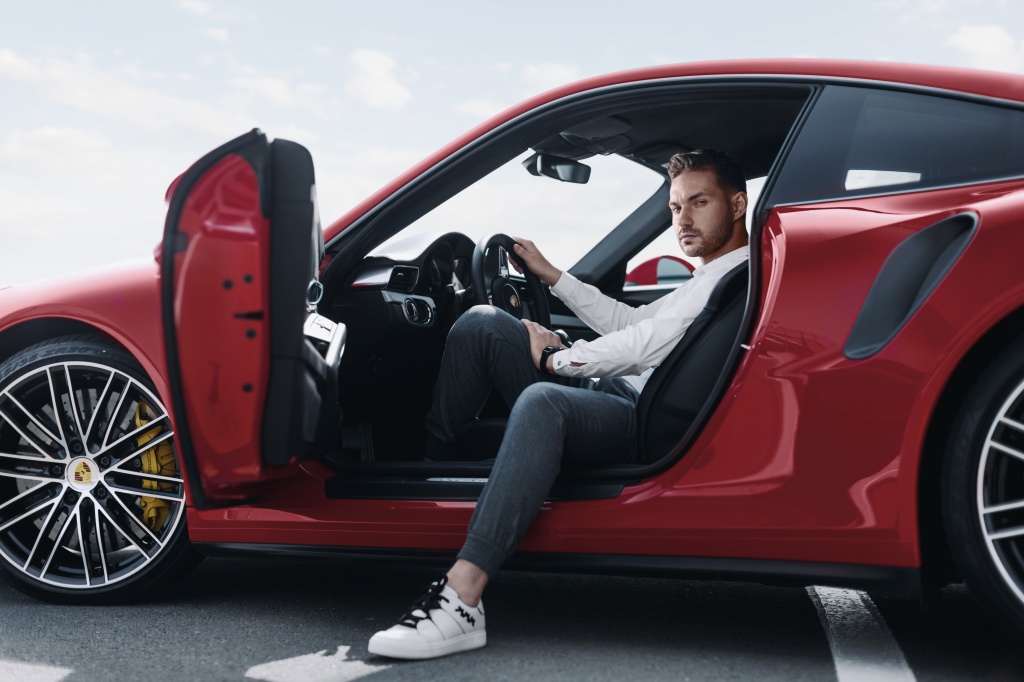 Here’s a hologram for you


The work of holograms, as is known, is based on the action of a light wave field. The image is read here due to the interaction of two light waves: the object (which is reflected from the captured object) and the so-called coherent, or reference, wave. When two waves intersect, their interaction with the participation of a laser is recorded, for example, on a special photopolymer plate, and then a person sees a three-dimensional image.


WayRay managed to assemble a team of Russian engineers who have developed unique technologies in the field of creating holograms for cars. First, they managed to develop their own photopolymer film. Its composition and parameters are kept secret. The film is glued to the car glass and is capable of reproducing three-dimensional images qualitatively. Another know-how of the company is a special software that monitors the movement of the car, analyzes its parameters and reproduces the necessary visual information on the glass in accordance with them. Finally, WayRay, according to its engineers, has invented its own approach to recording a hologram. We are talking about combining real and virtual holographic images due to their projection on two different films: the first of them is glued to the windshield from the inside, the second — from the outside.


WayRay does not disclose more details about the principle of operation of its product, but its navigator demonstrates a really impressive result: the holographic data on the windshield of the car are clear and voluminous, they clearly indicate that, for example, after 50 meters the driver needs to turn right or which road at a difficult interchange the car should move on.


At the same time, the solution allows you to transmit not only navigation information. WayRay is convinced that with the help of their navigator, it will be convenient for the driver to see data about surrounding objects, and it will also be possible to use various other entertainment systems in the car. Naturally, all this takes into account safety requirements: for example, at 120 km/h, the driver will see only speed indicators, and at a speed of less than 20 km/h — tips, for example, about cultural and leisure facilities, entertainment, as well as, possibly, advertising information.

The rate per billion


The development of the WayRay company has been successful and rapid from the very beginning. Already 2 years after the start of its work, its headquarters was moved from Russia to Switzerland. In 2016, WayRay presented a prototype of its product, and investors literally lined up to become participants in the project. Only at the end of last year, the company attracted investments in the amount of over $ 80 million, while the investors turned out to be very solid. Among them are such companies as Porsche, Hyundai Motor, Alibaba Group, China Merchants Capital Fund.


In particular, Porsche plans to create personalized solutions for its cars using WayRay technologies. For example, the Porsche 911 GTS model is characterized by a large tilt of the windshield, which does not allow placing traditional projection displays. The WayRay product can solve this problem.


According to Vitaly Ponomarev, 2019 will be an important year for the company’s development. During this year, WayRay plans to sign a number of significant contracts — in particular, with one of the largest German automakers (presumably, Porsche). In addition, according to the head of WayRay, several dozen more contracts will be signed, according to which the company will supply its navigators to automakers, and the latter will begin to install them on new car models.


WayRay representatives say that by the end of this year, the company’s capitalization may reach $ 1 billion. Observers agree that these plans to become a “unicorn” are achievable. For example, not so long ago Intel acquired the market leader for computer vision systems Mobileye for $ 15.3 billion, and General Motors acquired the developer of autonomous driving systems Cruise Automation for $ 1 billion. Thus, the WayRay company may very soon become a significant technological player in the global automotive industry.