The GoPro Fusion already has that certain something

Just a few years ago, the technology community agreed: Virtual Reality (VR) is THE next big thing! This intense panoramic view, the completely new perspectives and unimagined possibilities for gamers, multimedia lovers, companies and sofa tourists-the path to success was predetermined, the hype real.

The ever faster moving train has stalled, new perspectives are needed. That’s where GoPro comes in. The Californians also swam on the wave of success thanks to their Hero series, dominating the action cam market to this day.

But the trip to lofty drone heights attempted with karma has caused ebb and fall in stock prices. With the VR camera Fusion, the comeback should succeed, and the signs are promising! “Computer Bild” was allowed to try out a prototype of the fusion exclusively in the USA.

Visually, the one described by GoPro as a virtual reality camera-actually, a 360-degree camera fusion is like a GoPro Hero 5. With a few differences: the fusion is larger and wider, but slightly flatter. You could easily think that a 40-ton truck has really let off steam here.

GoPro does not provide more precise information about the housing dimensions or the weight so far and were not possible in the airy heights of the Rocky Mountains. Realistically estimated, however, the Fusion should weigh a good 200 grams and thus about twice as much as a Hero 5. The build quality, however, is already of high quality in the prototype.

In addition, the color display on the back disappears to view the action-packed snapshots. The front info screen with the most important functions remains against it. As well as the mono speaker on the bottom, the red trigger button and the mode button.

On paper, however, the merger is already stronger than its big rival from South Korea. If the Samsung cam builds on the already high 4K resolution (3840×2160 pixels), the GoPro counterpart trumps it with the 5.2 K resolution.

Which resolution and recording modes the fusion masters exactly, is currently as unclear as the water resistance, although it has survived in the first video recordings already wet-happy kayak tours. 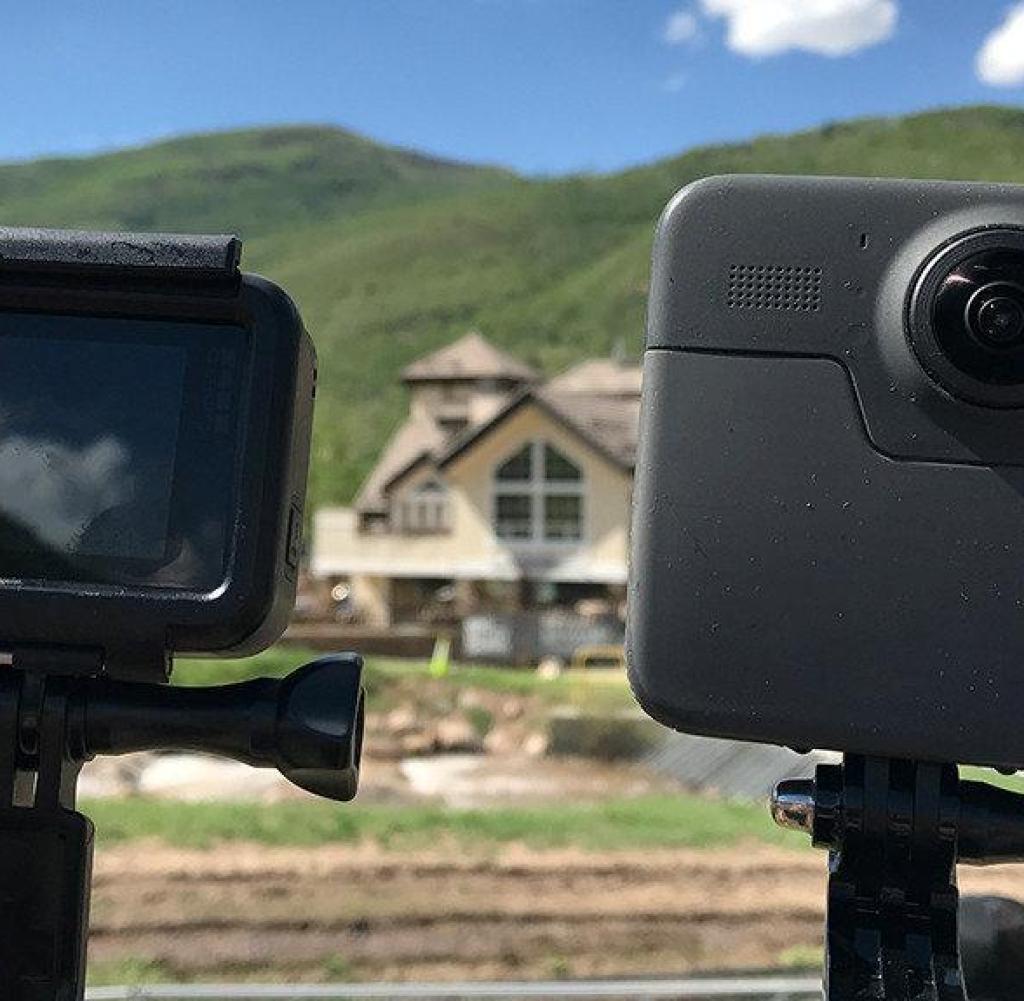 The Californians have learned from the karma debacle-the drone was announced at too early a stage of development, which increased the pressure and ultimately probably led to the mistakes – and bake smaller rolls with the announcements and full – bodied promises. Bad for technology lovers, good for the company.

However, when viewing the first test shots – curiously with Samsung’s Gear VR glasses-the fusion already plays with the muscles. The quality of the video snippets is already amazingly high and creates an intense illusion.

When the viewer suddenly finds himself in the midst of playing dogs or experiences a professional skier during an alpine jump with a parachute flight from all perspectives, this is a new dimension of virtual reality. 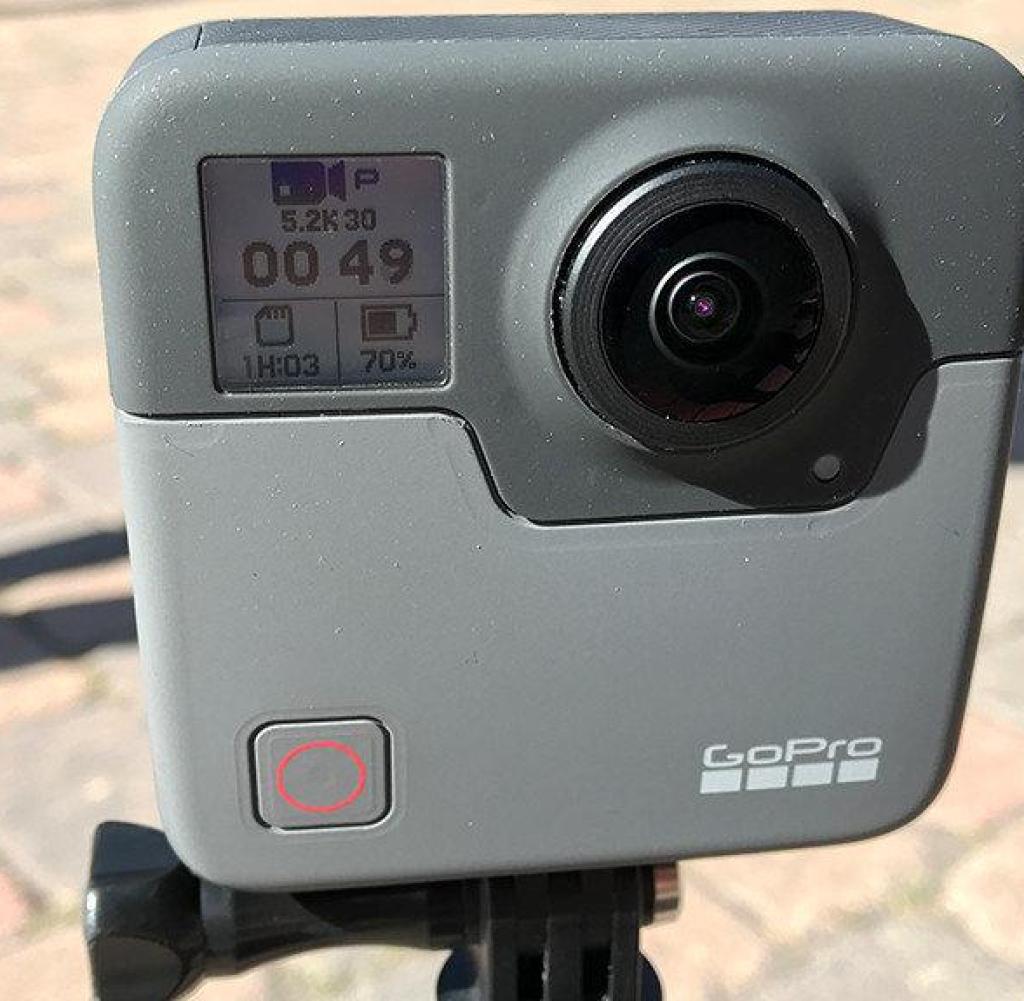 Interesting: during the event there was a short insight into the overcapture mode. This makes it possible to extract individually defined parts from the 360-degree video in the usual Fischeye optics in sufficient Full HD resolution (1920×1080 pixels).

What may sound less spectacular, could be the so important unique selling point of the merger. With the Hero 5, the field of view is limited and a moment may be lost elsewhere, the Fusion has everything in view.

By the way, GoPro also has an eye on the accessories market. Instead of creating new mounting options, all accessories in the Hero range can be used.

The GoPro Fusion is still a bit away from market maturity, technical information is still extremely rare. But this summer, there will be a test program for interested users who can apply here. GoPro plans to launch at the end of the year – but only in selected markets.

Initial assessment: With the GoPro Fusion, the crisis-ridden company could find its way back on the road to success. Although there are already some 360-degree cameras on the market, the fusion already has that certain something.

The resolution is higher than the competition, the operation as usual simple and intuitive. However, the overcapture mode, where certain areas of the video can be stored in the usual optics, could prove to be a highlight.

Participation in the trip was supported by GoPro. Our standards of transparency and journalistic independence can be found at www.axelspringer.de/unabhaengigkeit.