The best gadgets from CES from Las Vegas

Anyone who has ever tried VR glasses is usually impressed. The viewer feels as if he is in the middle of a video. Until now, you need professional and, above all, expensive equipment to create these 360-degree films.

The Israeli company HumanEyes Technologies now wants to advance the production of these films with a VR camera for less than 1000 dollars and make the recording as easy as possible. The camera called Vuze actually consists of eight HD cameras.

Your recordings are then intelligently assembled with the included software, so that in the best case no transitions can be seen. Vuze has a battery and a memory card, which should allow recording with a length of 60 minutes.

Settings for the camera are made via an app that should be available for both the iPhone and smartphones with Google’s Android operating system. The manufacturer plans to launch Vuze in August.

Parrot drone with endurance and speed

The French company Parrot is already one of the pioneers of drone manufacturers. Now Parrot ventures for the first time to a drone with fixed wings. So far, the French have built quadrocopters, that is, drones with four propellers.

The advantage of the new Parrot Disco is the flight duration, which is given as 45 minutes. In addition, the disco is significantly faster than other drones at 80 kilometers per hour. Built-in is a 14-megapixel camera that films HD videos during the flight.

The Parrot Disco is simply thrown into the air and then flies off. It is controlled via a smartphone or tablet application or its own controller.

But it can also automatically fly off a flight route and return to its starting point at the touch of a button. So far, Parrot has only been able to show a prototype, but the 700-gram drone is expected to be on the market later this year. Parrot does not yet give any information about the price.

With the VR glasses on the bike by VirZoom

Bike and VR glasses? Fits together, says VirZoom, a start-up that brings together a bike – without wheels – with VR glasses. So even computer players are likely to lose a kilo or two.

Using a USB dongle, the folding bike is connected to the PC or Playstation 4, then the VirZoom game application must be launched, and then VR glasses are put on.

Sensors on the bike notice how much force you pedal with and where you lean. Accordingly, the virtual environment in the game reacts, for example, a horse or car race. There are several buttons on the handles to exert even more influence on the game.

In the end, the bike reveals how many calories were consumed. VirZoom will work with Sony, HTC Vive and Oculus VR glasses. The bike costs 200 dollars, a monthly subscription costs ten dollars. A first impression can be found on YouTube.

If Nora really works, it could bring peace back to some relationships. Because Nora fights the night snoring. Nora consists of a small wireless receiver that fits on the bedside table. 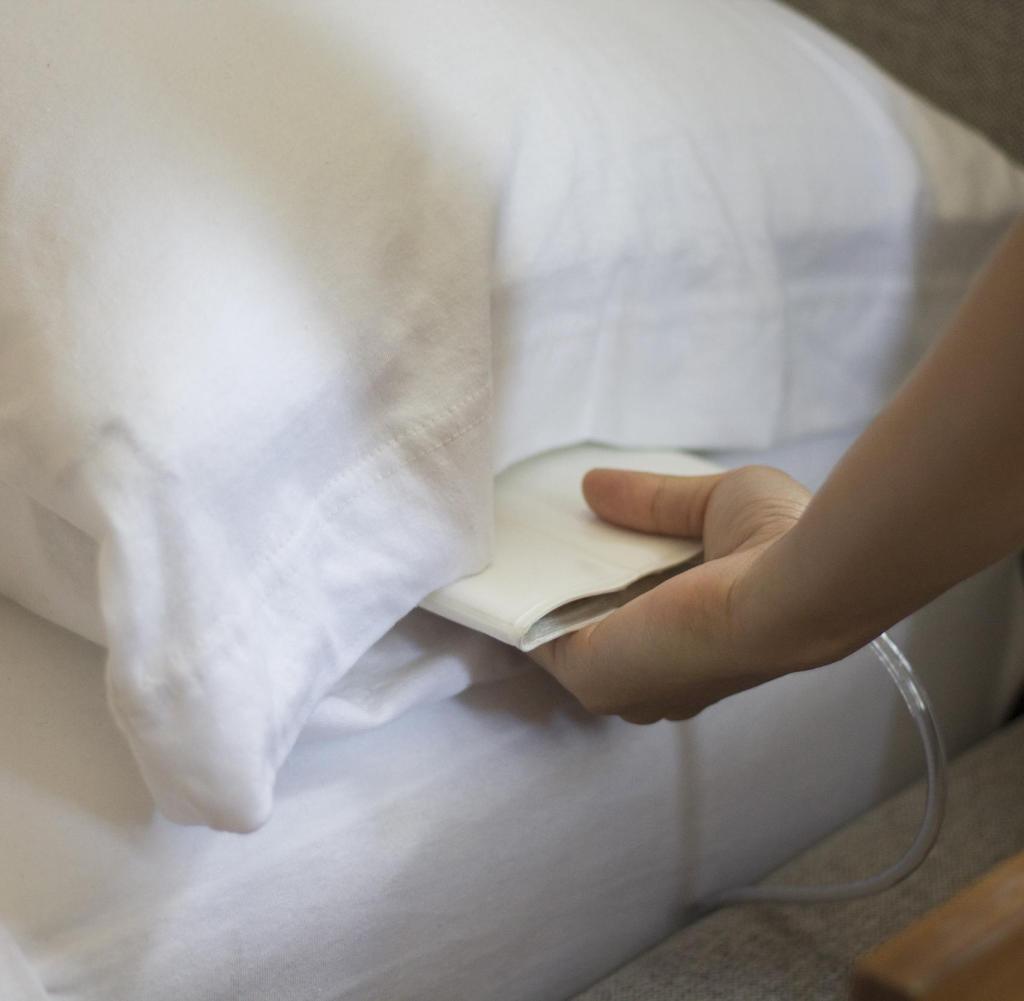 There, an integrated microphone listens for snoring sounds. Once captured, the device sends a command to a mat located under the pillow. This mat then slowly pumps up with air, so that the position of the head resting on it changes without waking the sleeper.

This is often enough to stop snoring. At the end of the night, a smartphone app shows how quiet or noisy the night’s rest was. Nora is said to cost about 300 dollars and got its start on the crowdsourcing platform Kickstarter.

Lego has had robots in its program for years, which should inspire young people for technology. The new building set from Lego Education now goes one step further back into childhood.

WeDo 2.0 is primarily intended for primary school students. The set is manageable and manageable with 280 parts. It has a motor, a tilt and a motion sensor.

Students should learn – and even program – the basics of technology, biology and physics by touching and trying them out. Although the set is intended for guidance under the eyes of teachers, it also works without a teacher.

A tablet app to which the robot is connected wirelessly via Bluetooth shows step-by-step instructions. On the tablet or computer is also programmed, which sounds more difficult than it is.

Programming is carried out using blocks marked with symbols, which are simply placed next to each other on the display. Although WeDo 2.0 is already suitable for seven-year-olds, it was even fun for adults in our self-test. The new robot from Lego Education costs just under 160 euros.

Many VR games have a problem: players cannot move and interact with objects in the virtual world at the same time. Because who wears a data glove, can not simultaneously press the “RUN” button on the gamepad.

The intuitive solution to the problem comes from the French company 3dRudder, which has developed a kind of joystick for the feet: VR players can place their feet while sitting on a small round platform that can be tilted in all directions.

If the player tilts his toes down, he runs forward in virtual reality, he tilts the hoes, it goes backwards. If he turns the platform with his feet, he also turns in the VR world.

The control via 3dRudder is amazingly intuitive and seems easy to learn. The device is connected to the PC via USB, can use existing interfaces of Windows as a joystick. It should be delivered to the market launch of the VR glasses Oculus Rift in March and then cost 175 euros.

If you’ve ever stood in the supermarket and didn’t know if there was enough milk and yoghurt left in the fridge at home, the British inventors of smarter apps have invented the fridge camera Fridge Cam. 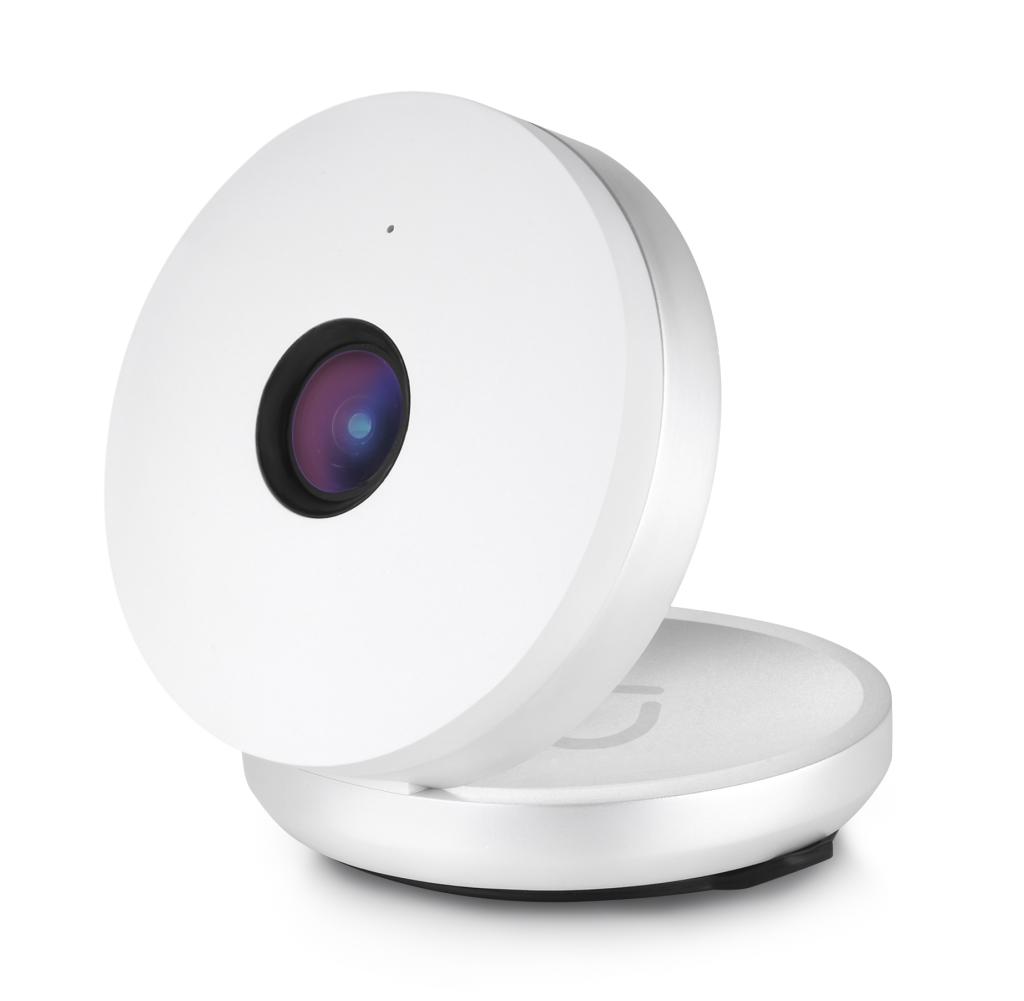 It is simply glued to the inside of the refrigerator door, and automatically takes a picture when the door is closed. The user can view this photo later in the supermarket via smartphone, and check what is missing at home.

The camera runs on battery for several weeks, and is connected to the home network via WLAN. It should be launched in 2016 and then cost about 130 euros. The concept has only one catch: If you also want to keep an eye on the contents of the refrigerator door, you need two of the cameras.

Anyone who has to fear for the security of their data – for example, as a lawyer or journalist in a country without a democratic government, or as a developer with industrial secrets on a business trip – has so far only had to encrypt their hard drive.

But this does not protect against attackers who manipulate the PC itself to get the data. The Californian company Design Shift has therefore designed the Orwl PC: The mini-COMPUTER, which looks like a slightly too large ice hockey puck, automatically notices when someone manipulates its hardware, and then deletes all the user’s data.

The case of the device is made of glass and has a narrow network of copper wires on the inside. If the glass breaks, the network is interrupted and the device destroys all contents of its SSD hard drive. Thus, the PC meets common security standards of the financial industry.

The user himself needs not only his password, but also a small key fob for access. If this trailer is more than three meters away from the Orwl PC, it switches off. The integrated SSD hard drive is encrypted and can only be read out if the tag with the key on it is within reach. The Orwl is about to launch and should cost 1800 euros at the start.

If you want to convert your favorite TV chair into the ultimate action seat, you should look at the interactive couch feet from Immersit: The four feet contain electric motors that are strong enough to tilt and tilt a complete sofa including occupants.

If you pair the device with your game console, you will be shaken back and forth in a car racing game to match the curve or experience the vibration of explosions in action films first-hand.

In order to move the couch feet synchronously with media content, the French inventors of Immersit are currently developing an open database of popular films and games – the couch is only shaken properly if the current film is already included in this database. The Immersit couch feet will be launched in 2016. The price has not yet been determined.