The 500,000 euro simulator turns the car into a time machine

Suddenly, the front car shears out, the rear man steps fully into the brake. His vehicle slithers and lands on a meadow. It shakes and shakes – and everything remains whole. In driving simulators, such experiments are conducted almost daily. The developers hope to gain new insights and a technological advantage over their competitors.

Moving simulators have existed since the 1970s. Today, all car manufacturers and many suppliers work with it in order to be able to develop comfort and assistance systems at an early stage. Either in their own development departments or in those of service providers.

BMW is planning a new driving simulation center soon. Subjects should then hardly be able to notice a difference to a real trip in the car. A trend?

Autonomous driving is tested in the driving simulator

Together with psychologists and engineers, Professor Jörn Schneider from Trier University of Applied Sciences, Department of Computer Science, uses driving simulations to investigate various reactions of people in cars. Since the beginning of the year, he has been able to recreate a realistic reality for the driver in a new simulator, which costs around half a million euros.

For example, in automated vehicles according to SAE level 3, the reaction time of the pilot is measured in simulations until he can take control of the vehicle again.

“With driver monitoring systems, we want to provoke situations in which drivers do not take control in time,” says Professor Schneider. “This cannot be shown in real traffic because it is too dangerous. In the driving simulator, various scenarios can be safely replayed.“

The setting of fatigue assistants and other safety systems that focus on people can also be developed in simulations to series maturity. This is important, since the respective software and hardware must be ready before the car is fully developed. It is a shifting of the actual driving. “In addition, the simulated world can simply be perfectly recreated,” explains Professor Schneider.

Important for the autonomous driving of tomorrow

Simulations are also increasingly being used in the training of neural networks, the so-called deep learning for future autonomous driving. How do occupants react if the autonomous vehicle suddenly swerves? Do you get dizzy, and how can you avoid that? 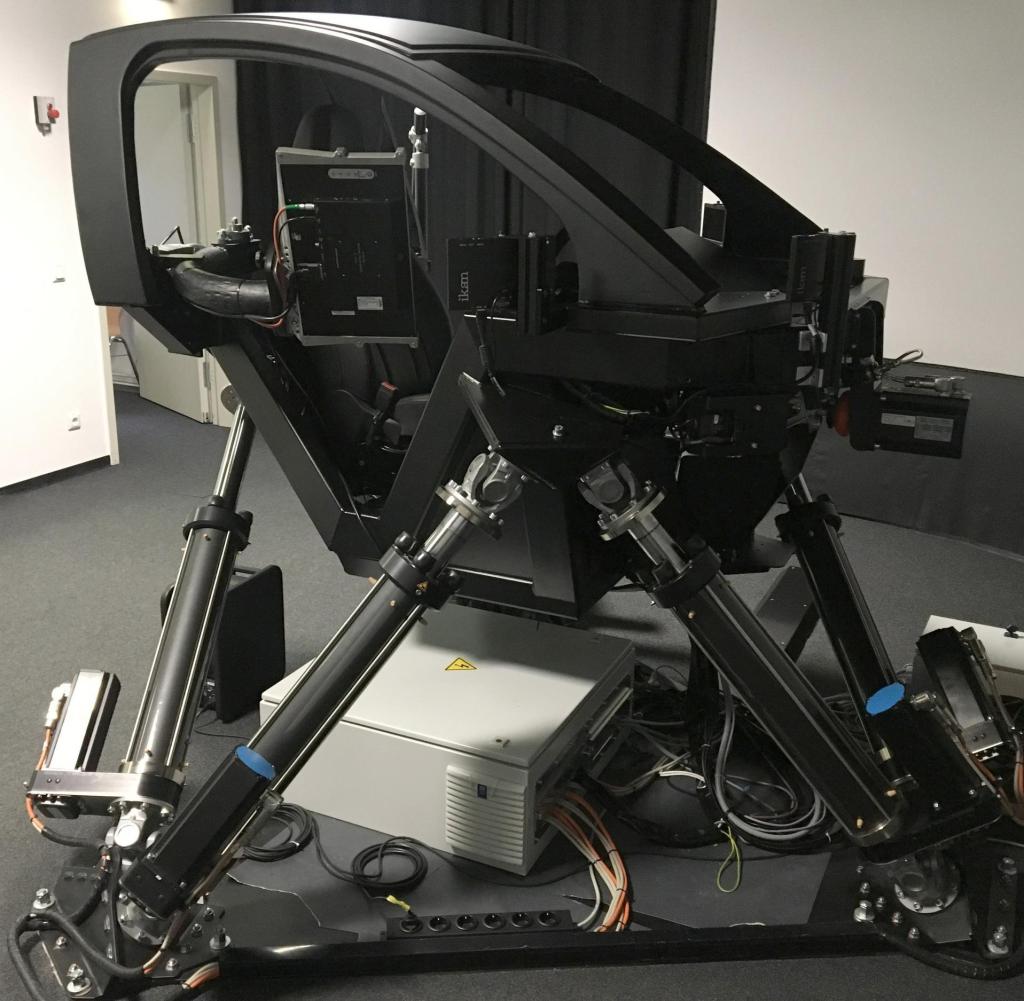 But already today it plays a major role in development. Martin Henne from FKA GmbH in Aachen carries out tests on driving simulators on behalf of the automotive industry, supplier industry and together with RWTH Aachen University.

“Driving simulation is always about people. These are usually driver behaviour analyses in order to be able to set the course for corresponding developments – including driver assistance systems – at an early stage,“ says Henne.

Simulators are used at the beginning of a development chain. They are trying to figure out how people handle the system. In order to assess the findings correctly, psychologists also work in the team.

Vehicle development is not linear, but parallel in many areas. There is no manufacturer who renounces simulations. This early development saves time and thus money in the overall development.

“Simulators are like a time machine. We can pretend that tested systems already exist, jumping a step towards the future-even though the entire vehicle does not yet exist, ” explains Henne“ This is the big difference to flight simulators-an existing system that simulates a reality to train pilots. 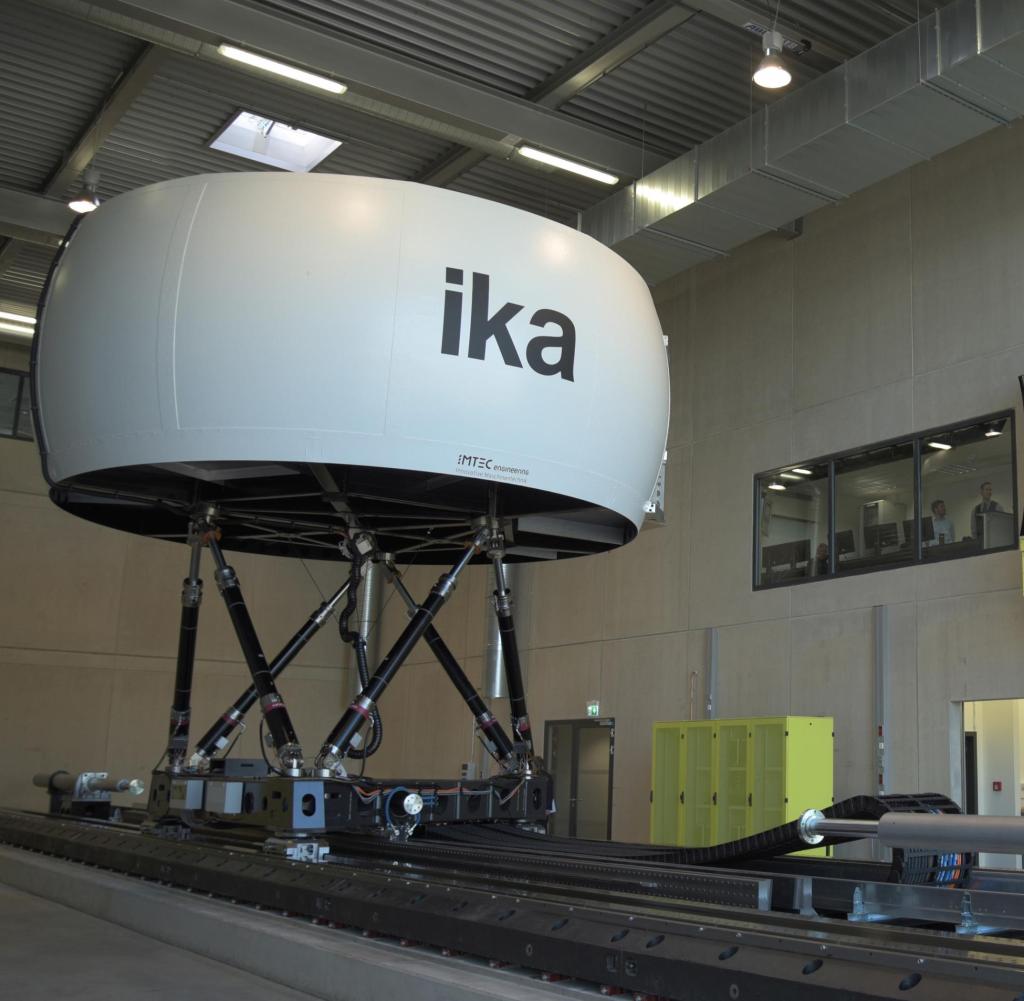 In autonomous vehicles, for example, it is being investigated how people react to overtaking or braking manoeuvres. Does the car brake too hard, is the distance to the front man too large or too small? Is the driver afraid and steers against? Subjects experience the journey as it proceeds in later real traffic.

At Mercedes, simulators have been moving since 1985

Mercedes has been using mobile simulators since 1985, testing and evaluating new technologies before they find their way into the car. The manufacturer works with four different simulators that can be used to simulate assistance systems and driving behavior.

For more than ten years, Mercedes has been using a simulator weighing more than 23 tons, which whizzes with 1700 hp over a twelve-meter-long rail. This makes it one of the most powerful simulators in the world. Cost: over 25 million euros.

“We test new assistance systems with test persons, among other things, to see how customers react to the systems later on,” explains Jasmin von Göler, Head of Driving Simulations at Mercedes-Benz. Various safety and comfort systems are examined.

The simulator virtually maps a complete vehicle, including tires, engine, transmission and steering. Theoretically, a driver can sit in an A-class, but drive like in an S-class.

According to von Göler, a lot of time and passion is invested in the further development of the simulators so that test persons can experience ever more realistic driving. “You should get the feeling of driving a car on the road, even though you are sitting in a simulator. For this, we need to further optimize all components, but also noise, acceleration, braking and the image.“

Only in driving dynamic tests are only experienced developers behind the wheel, who should evaluate the respective components in their early stages. Von Göler sees the advantage of simulators in the fact that the tests are always safe, controllable, objective and reproducible. Traffic situations, weather conditions, road conditions can be programmed, the experiments can be compared with each other.

Today, highly complex vehicle development is no longer possible without simulators. Changes such as tire change, gear gradation or suspension adjustment are done in a few seconds on the computer. This saves time and money during development. And most importantly, it is safe. Even in a provoked collision.