The 30 best games and applications for Oculus Go

The 30 best games and applications for Oculus Go 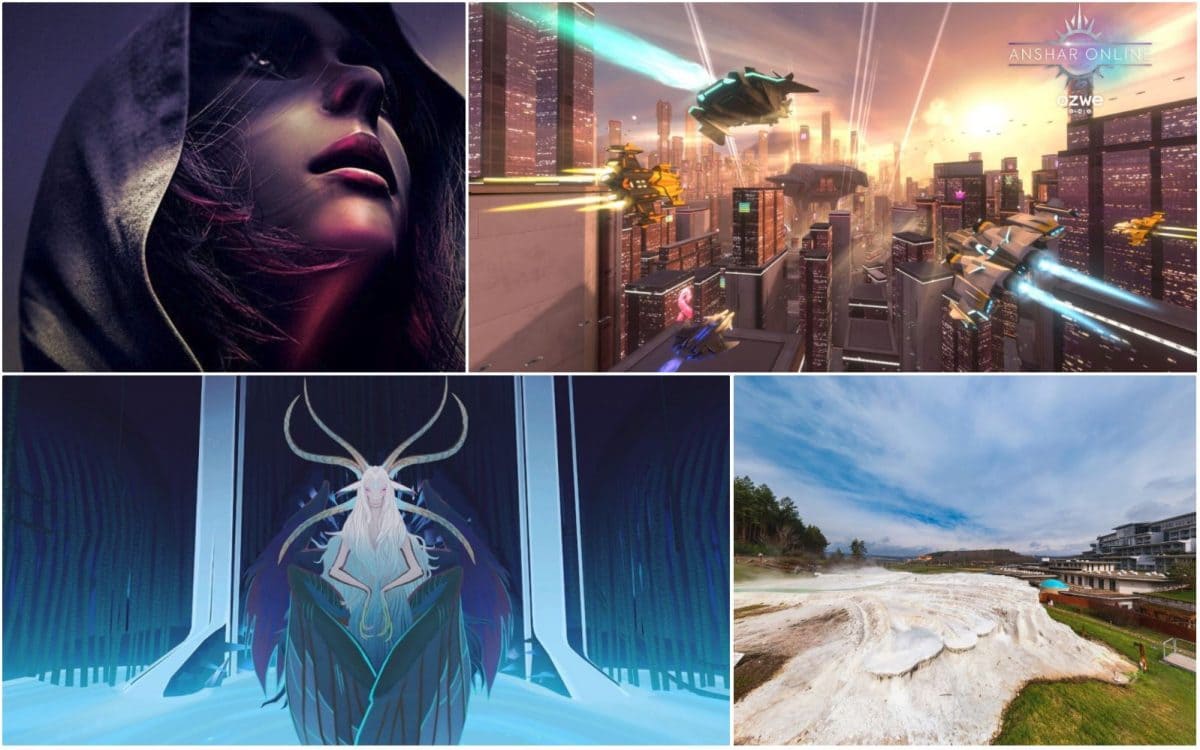 The release of the standalone VR headset Oculus Go has come to mean that you now have thousands (or perhaps millions) of people had the most affordable way to experience virtual reality, no matter where they are or what they do, without reference smartphone or PC. With the start of sales of Facebook were offered a choice of more than thousands of applications from the existing library Gear VR and a few dozens of novelties. Below, the compilation presents the best of games, social networking applications and non-gaming applications for the Oculus headset Go.

The third game in the popular space franchise from Ozwe. Anshar Online took all the best from Anshar Wars 2, adding new features. Missions can be played in a cooperative mode, which only increases the fun of flying in the sky and space. The game also has a multiplayer competitive mode.

Catan VR allows fans of card games and the recent admirers of the genre to enjoy the game in a new format with full immersion. Challenge players from all over the world or play against the built-in opponents and witness the birth of a virtual life on the island.

DEAD SECRET is a horror story that took place in Kansas in 1965. Your task is to find out the cause of the death of one strange man who led a reclusive life, and whose past is shrouded in secrecy. Investigate the crime scene, pick up the data of secret documents, unravel the web and find the murderer.

Eclipse: Edge of Light — an atmospheric action adventure for virtual reality devices. The game takes place on a mysterious planet where the main character finds an artifact, is able to control ancient technology.

The action takes place in Republique Metamorphosis — a totalitarian state (“Republic”), is not marked on any map of the world. It is orwellianly nightmare: most of the books are banned, society is based on rigid hierarchies, and hang the camera even in the toilet. However, the latter into the hands of not only local Big Brother, but the main character —a hacker who seized control of the surveillance system.

Fury Racket: Table Tennis VR is a VR table tennis simulator in which you play the robots. Players choose a character to taste and get involved in the struggle for the possession of the title of tennis’s king in single player mode and in multiplayer.

Crank up your flying motorcycle and go online to compete with players from around the world. The race for accuracy and the best time. Or improve your skills in single player mode: compete with artificial intelligence, complete missions to unlock new events, or better results in a quick circle. Up to 4 players online. 9 tracks, 3 motorcycles, 8 bonus items, 4 unique weapons.

As in the original game on PC in this game you will be able to choose and buy different models of fishing rods, equipment, bait and lures and much more. But there are significant differences in this fishing simulator from PC version so for example, you will not be forced to wait. Almost immediately the bait was into some fish, old fishing rod is easy to replace by purchasing more of a badass.

One of the most entertaining VR applications in the market, Coaster Combat, combines realistic theme and plot of the game. The roller coaster will make you swoon: they are never the same! Riding, don’t forget to hit the target, collect treasures and earn points. Invite your friends to compete on the background of the different wonderful worlds!

Drop Dead is a harsh zombie action where you will be first person, so to speak nose to nose with the walking dead, invent new ways of addressing them. Good that you have plenty of weapons, though it is limited in terms of ammo, but without it you would not have lasted a minute. Although you and him at risk to be eaten in the beginning of the game.

End Space VR is a first person shooter, which is designed specifically for virtual reality. With the help of head movements you pilot a small spaceship. Each time there will be waves with stronger enemies. Laser your ship will work with the button that launches the headset, and if the trigger is not available, you can use the aiming.

Face Your Fears — horror adventure with first person. You will be confronted with their own fears and not only. So, in one scene you will be in the nursery, inhabited by a Ghost and the other to stand on the roof of a huge skyscraper and watch as it climbs a hefty robotic machine.

Keep Talking and Nobody Explodes

Keep Talking and Nobody Explodes – simple in theory, but incredibly addictive in the process a team effort. One participant locked in a room, of course virtual, with the activated bomb and countdown. The goal: to defuse the bomb.

Virtual Virtual Reality is a surreal journey into the distant future where humanity has become addicted to the different realities. This is one of the most well written VR applications, which are able to permanently capture and captivate the imagination.

Wands is a PvP game in which players compete with each other in the battle for magical supremacy. Gamers face each other in magical arenas where the terrain and various objects can be exploited to unlock powerful spells and vanquish your enemy.

The Well is a turn — based RPG with a beautiful original fantasy world and a dark fantasy atmosphere. The action takes place in a mysterious place called toll, which is full of magic and fantastic creatures. The player is invited to try on the role of a character belonging to one of four classes (Warrior, Mage, Rogue and Druid), to gather a group of heroes and pump up the squad with new abilities.

Meet up with friends can now be virtual! AltspaceVR is a space where You can communicate not only with users of virtual hats, but ordinary computers. Also the app provides not only virtual communication, but also combines fun games.

Bigscreen app for virtual desktop, which allows you to use your computer in VR on a huge virtual screen as the place to connect with other users in virtual worlds, visit virtual parties in a network drawing using 3D markers, listening to music, watching movies, anime, YouTube, relaxing around the campfire and socialising.

This is one of the best ways to meet and connect with friends in virtual reality. Users can arrange their virtual room according to your taste and to invite friends. You can place the furniture and hang on the wall photos, transferring them from your smartphone. In a virtual room you can broadcast videos and photos or play various games.

Virtual Desktop is an application developed for VR headsets, which allows you to use your computer in virtual reality. You can view web pages, watch movies, Netflix or even play games on a giant virtual screen.

Dear Angelica is a very strong mixture of bizarre images and heartbreaking personal tragedy. Another amazing, powerful story, which is based on the relationship between parent and child. The authors of Penrose Studios used an interesting images in the story are the air floating Islands that fly, like ships, and create a real fairy tale.

MelodyVR, in fact, is a vast library of concerts in the format 360 degrees. The aim was to provide the impression that you are attending a live concert.

Guided Meditation VR — simulator meditations for virtual reality devices! You expect quality scenery and music that is appropriate for this process!

The interior of” the Netflix application is a cosy lounge with a large TV. The VR content from Netflix, but there is the opportunity to sit in a virtual living room and watch a movie ordinary two-dimensional emulated on a flat TV.

The official app of the Oculus, of course, recommended for all users Go. Oculus Video is an application to view high quality 360º content, Oculus TV brings many of your favorite television gear VR and Oculus Venues is a great way to attend events and concerts around the world without leaving home.

From the comfort of your living room, you can teleport almost anywhere in the world. Whether you want to stroll along the London bridge, walk through the gardens of the Taj Mahal or to witness the grandeur of the Great pyramids of Egypt — you will find unlimited research! 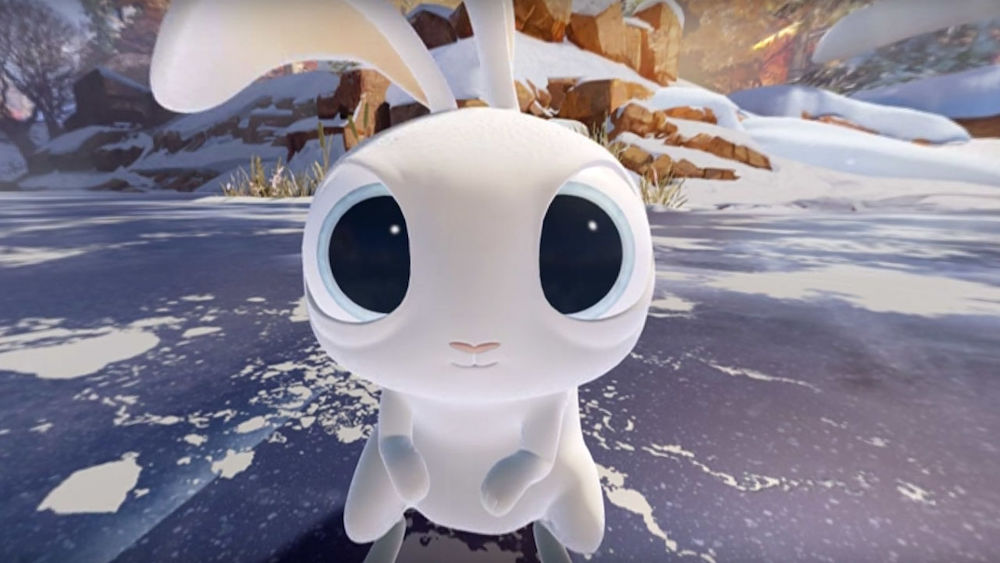 Within is a simple and intuitive virtual adventure. You available 360-degree video from a variety of publishers. In the catalog you can find music videos of popular artists, virtual tours of unforgettable beauty and much more. 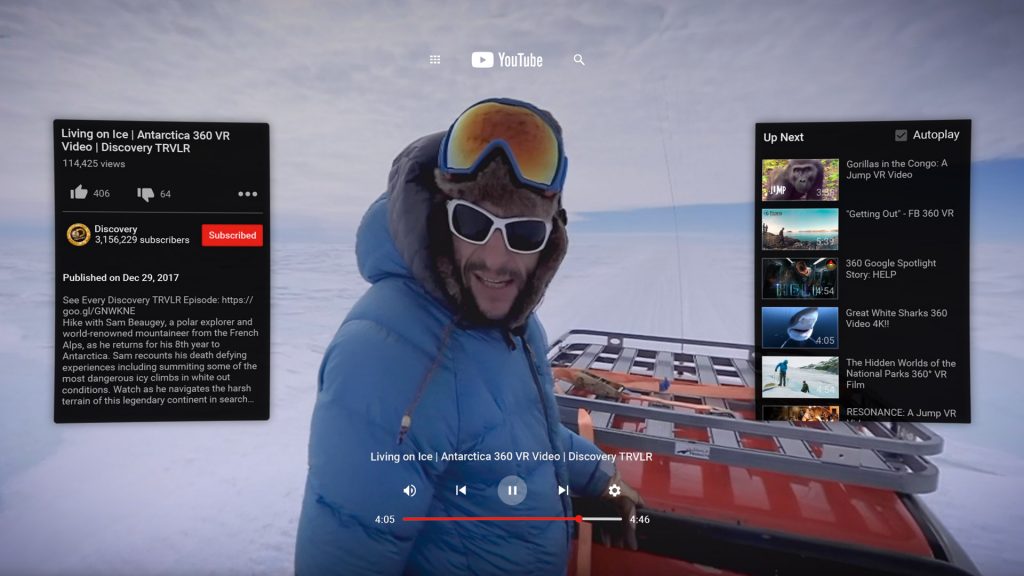 The YouTube app VR you will be able to move into the virtual reality and to be in the center of the action of the rollers. Dive into the deep with great white sharks, and explore all the continents, accompanied by a personal guide or view the concert of your favorite band from the first row.

You can order the development of the vr game with us.