The 25 best games on the PlayStation VR

The 25 best games on the PlayStation VR 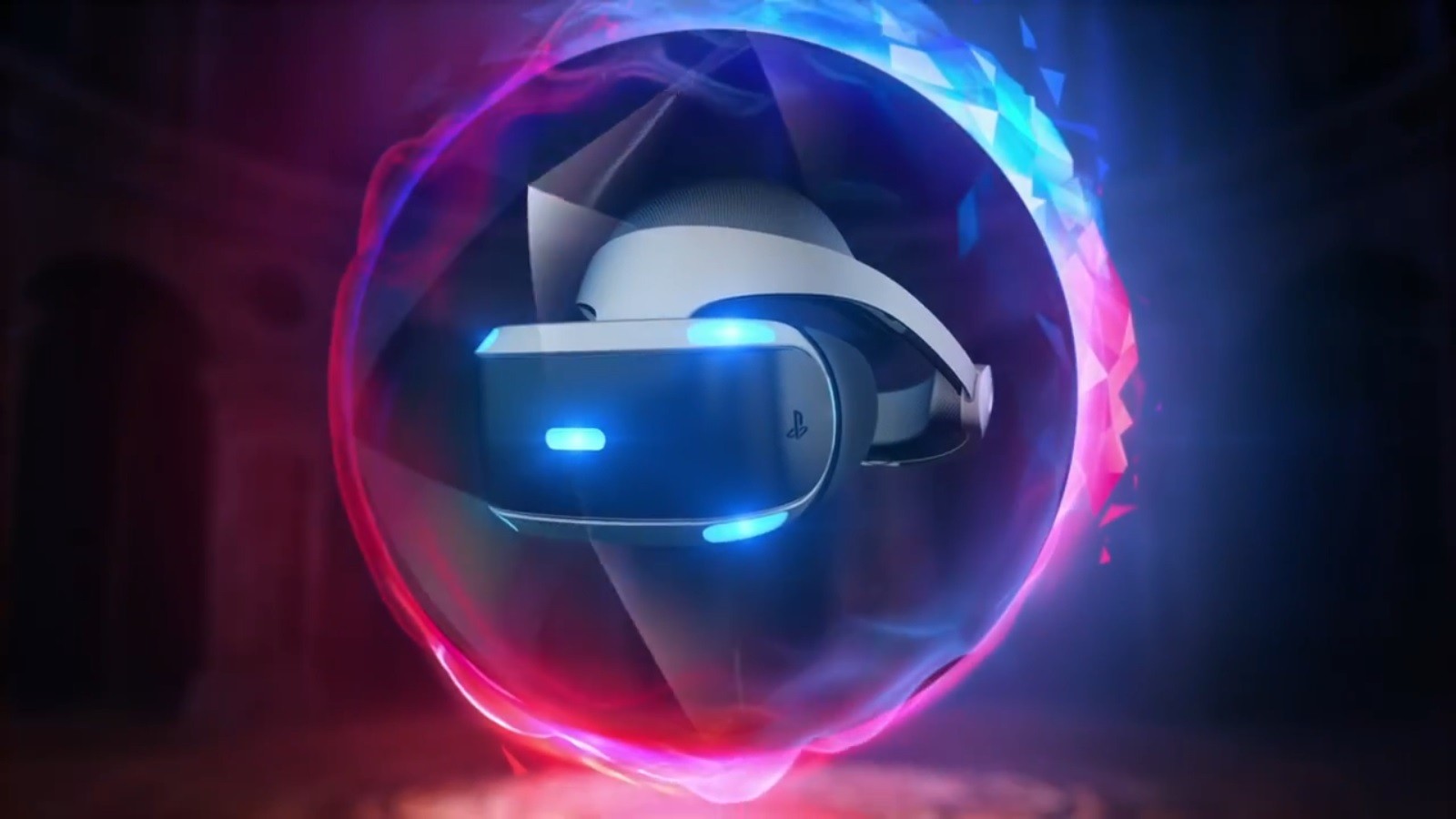 Best vr game for PS4 console VR, which is home to many cool titles, as well as perhaps the most public headset. Here are 25 of the best games PS VR.

Racing on an endless track, smashing everything in its path. Drive forward, develop new techniques, achieve mind-blowing speeds and worry slaughter of the meeting with the bosses. Everything you do, becomes part of a stunning and powerful soundtrack! Rhythmic overcome hell to reach catharsis.

DiRT Rally – rally is a popular simulator that has won appreciation due to the incredible realism, which has been tested by thousands of players around the world. More than forty of these racing cars, and many details of the traced routes with different surface and weather conditions make this simulator one of the most vibrant and dynamic representatives of their genre. The game offers both single and multiplayer modes.

You have to participate in various Championships, earning points and choosing the optimal strategy for each individual race. You will be able to configure, upgrade and repair your car after a serious accident (Yes, there will have to drive very gently). For this you will need to manage your own team, members of which you will be able to hire and fire independently.

What incredible secrets you are destined to find out in this exclusive adventure to PlayStation VR? In Déraciné you will become the spirit of a lonely boarding-school, where you must not only prove their existence but to establish a unique connection with students.

Travel back in time to change the fate of the students, explore the school, collecting clues, solving puzzles and communicating with the people around you.

CREED: Rise to Glory challenge your body and mind, when you rise through the ranks and compete to become the champion, which must be considered. Experience the ascent of Adonis Creed from patchwork abuser to prize fighter: train with the legendary rocky Balboa, feel stronger and defeat enemies in the most iconic Boxing rings. Break your opponents, not your dive. Experience the new look at virtual poedinok in close combat, which simulates the actual throws and blows in the ring with a virtual control and endurance.

Transpose — the surrealistic puzzle game in a virtual reality where time and gravity are just tools to control the world around you. Creating and using looped recordings of their actions, players can solve the increasingly difficult puzzles based on physics and transforms the concepts of time and space.

In Transpose you exactly write down every action in real time and then interact with the past “I” while playing three-dimensional video. In other words, you create one or more copies of “the echo,” — and then rewind time back and solve the puzzle together with his own echo.

In the game Bow to Blood you will fight to be the Champion of the Arena, because its inconceivable the Rangers check you and your opponents are in a reality show in which the winner takes all.

Your rivals in the game to Bow Blood have their own motives, goals and personality. Help your opponents and get their support, or use them for personal gain and earn their enmity. The choice is yours, but choose carefully — rivals will remember how you treated them.

All the action takes place on an abandoned space station Horus, or Mountains, in Russian, in honor of the ancient Egyptian God of the sky and the sun. By the way, the name here for a reason, what strongly hint some episodes of the game. Unfortunately, only hint. After all, for some reason, in this game there is no dialogue, no specific explanation for what happened at the station. The player is free only, creating the environment and the consequences, to think through on their own, what happened, who we are and what’s at stake.

Caught in the middle of an uncharted alien world with only one vital equipment, you will go in search of a fallen space station pilgrim (The Pilgrim) and the surviving members of her crew, to find a way back home.

Learn how to handle primary and secondary weapons and explore the world, revealing the secrets of the strange Anomalies which you got here.

Rec Room is the best place to communicate with friends from all over the world! Play multiplayer games such as Paintball, or just relax in the Park. Discover thousands of rooms created by players, with the addition of new. Or create their own rooms with friends.

Have you presented yourself once in the place of the protagonist of “the Matrix”? Dreamed of being a cool hacker? Aim and shoot at enemies with just one look? All this is possible in the virtual reality of Infinite Rez.

Your story begins with a detective to investigate murders in Boston, tasked to investigate the ritual murder of a local priest. What you find at the crime scene, makes you go down a dangerous path that will help you complete the case of the murdered priest. When you embark on your new path, you discover a dark force at work whose sole purpose is the complete destruction of mankind.

Job Simulator laid the Foundation for many wonderful virtual interactions that we enjoy today. Vacation Simulator builds on this progress with a number of excellent mini-games that preserve the comfort and dive into the essence of each activity. If you’re on a ski slope simulator, build sand castles or apply the lotion to robots, every task of the game is carefully thought out.

Playing as Bob, a tiny fish-puppet, you’re living alone in his tiny hut, oblivious to the world around us. When your radio storm alert, you have to climb to the top of the lighthouse and turn the light on! But when you try to leave his cabin with the help of some supernatural helpers, you know that waiting outside is not what you were expecting.

You were the sole survivor after the mission to study deep space did not go according to plan. Find the strength to fight off the mutated former comrades in terrible “the bagel” The Persistence, developed exclusively for PlayStation VR.

After the collision with the unknown dark matter ship colonizers class Eon “Resistance” (The Persistence) is stuck on the edge of a black hole, and all the crew mutated into aggressive and creepy monsters. Hide or fight to repair the ship and return to Earth unharmed.

In this stunning adventure with epic gunfights and luxury destructible locations, you take up arms to wrest the family of Marx from the clutches of a ruthless crime boss. Use special training to climb to the roofs of buildings, to penetrate the secret of the objects and make a real chaos, battling with the countless and heavily armed thugs with various weapons.

Quill is a young mouse who dreams of greatness beyond her quiet village. Once awakened the ancient magic that ties it to the player, then you have to be here for the fascinating history.

Evil forces come closer, so you two will have to go on an incredible journey around the world filled with myth and magic, where the narration is conducted in a fabulous style.

It’s a rhythm game with manually prescribed levels where you need to cut the lightsaber, Cuba, the rhythm of music. They need to cut at different angles, while still dodging walls and bombs.

Freed from captivity after the unexpected turn of events, you step into a dangerous world of demons, dragons and bandits. Earn the trust of the locals for his decisiveness and courage or Rob, choosing the path incorrigible criminal – you decide what to do in the Kingdom of Skyrim.

The Elder Scrolls V: Skyrim VR, which includes the full version of the game complete with three official add-ons (Dawnguard, Hearthfire and Dragonborn), will give the owners of the PlayStation VR one of the most unforgettable adventures.

In the tense atmosphere of constant danger you have to explore the world full of mysteries and secrets. However, the game is ready to offer a completely new gameplay mechanics. The transition to the first person each story makes it particularly frightening, and photorealistic graphics and support for PlayStation VR give blood chilling horror maximum reliability.

Giant Ghost in you — the defender of the lonely little boy, Louie. Invisible to all but him, you explore his world and use his size to help him and the citizens of Sankara.

Dominate the competition, slicing through the air with a variety of weapons ready for the most memorable music of racing video games.

SUPERHOT VR blurs the boundaries between thoughtful strategy and unbridled madness: this is a VR shooter, where time only moves with you. Here will not fill the health bar. Will not be successfully scattered ammunition. Only you — one against all, with his bare hands. Snatching away weapons from falling enemies, shoot, ruby and Dodge bullets like Neo.

In this action-Packed shooter, there is nothing more important than teamwork. Wear a virtual reality headset, choose outfit and get ready for a whirlwind battle.

Select one of the twelve experienced mercenaries and become familiar with the multitude of upgradable weapons. What do you prefer — active approach in order to capture valuable data or a desperate defense and willingness to defend the information at any price?

Control of Astro in a Grand adventure where he will need to rescue the missing members of the crew, and PS VR headset will put you at the center of what is happening. Count each jump, and don’t restrain their curiosity – in this bold new adventure, you will find a lot of interesting secrets. And don’t forget to change the position of my body to peek around the corners and create a path on which to move your little buddy is a robot.

You will find 20 missions with deadly traps, enemies and bosses. Friends the fate of Astro is in your hands…

It’s time to put the suit on Tony stark for the first time in VR. Marvel’s Iron Man VR offers a full campaign with the participation of the armored Avenger, available exclusively on the PSVR.