Test: how does the Oculus Quest 2 on the street

Test: how does the Oculus Quest 2 on the street 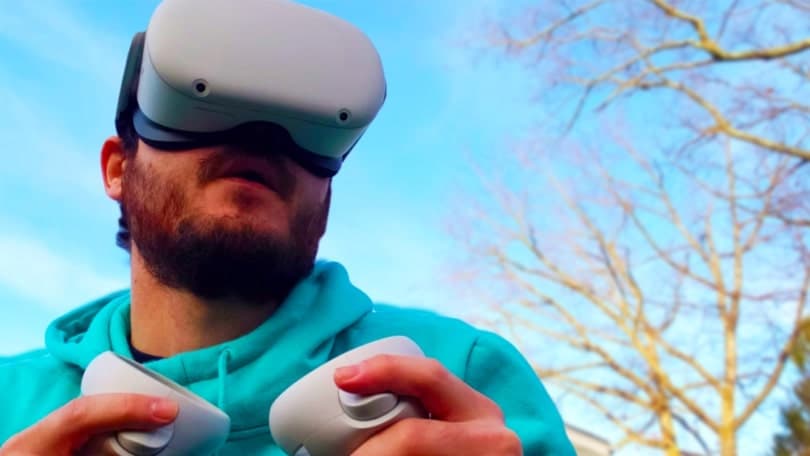 So, you just got your hands on an incredible standalone VR headset from Facebook, Oculus Quest 2, and look forward to the opportunity to take in a huge catalog of games and applications. There’s only one problem: you have to do is not enough physical space!

For those not in the know, the Oculus Quest 2 is a 6DoF device that allows you to navigate through virtual worlds, physically moving around your real-world environment. Oculus recommends playing space measuring 2 meters by 2 meters without obstacles. Not necessarily, they just recommend. There is always the “Stationary mode”, but anyone who has 6DoF headset, will tell you how much more exciting can be Room-scale (technology positional tracking).

When it comes to the original Oculus Quest, some users were able to move their gaming session on the street, which allowed them to use the unlimited space provided by nature to literally run for their virtual worlds. It’s a risky move, considering the fact that direct sunlight can damage the lenses and sensors. But what about Oculus Quest 2? Can I use the new improved headset Facebook on the street? Well, the answer is Yes and no.

Technically headset Oculus Quest 2 can work outside of the household. You may encounter some inconsistencies with the tracking inside-out depending on the lighting conditions and weather, but in General you should have no problems with running in a virtual space. Unfortunately, the same cannot be said about the controllers.

Unlike most headsets, controllers Quest 2 not working the street. Looks like camera Quest 2 Oculus have difficulty tracking controllers in a brightly lit environment; the same goes for hand tracking to Oculus Quest. While you may be lucky with darker lighting conditions, whether cloudy or shade. Simply put, the more shadows, the better monitored the headset and the controller.

So, does Oculus Quest 2 on the street? It depends on what to invest in the concept of “work”. While it’s true that you can physically move around their virtual environments by tracking inside-out, your controllers will not accompany you, making it virtually impossible to interact with games and applications. However, it is nice to be able to walk leisurely to their favorite virtual worlds, without worrying that you will hit your head into the wall. Just don’t forget to install the Oculus Quest 2 in developer mode, so you can disable the security system. Again, direct sunlight may damage your headset. If you decide to play outside, if possible stick to darker sites away from the sun.