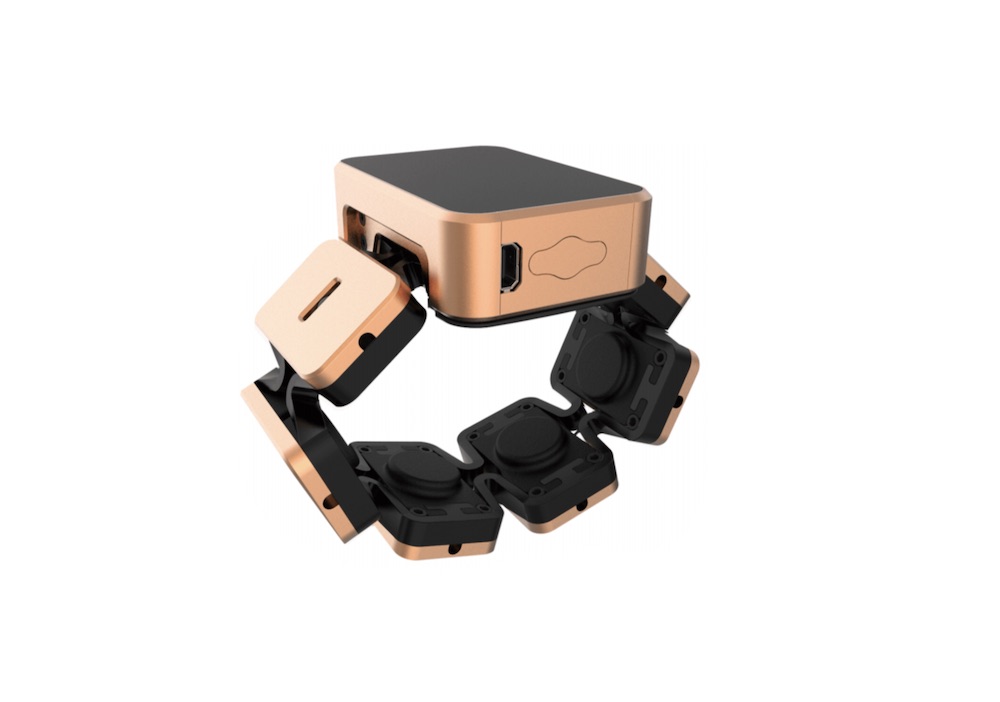 Modern VR controllers like the Oculus Touch, is very limited when it comes to tactile effects. Haptic gloves, on the other hand, technically complex and far from being ready for sale. Researchers from Facebook Reality Labs see a possible intermediate step in a tactile bracelet Tasbi.

Tasbi consists of six actuators that wrap around the wrist and provide accurate vibrotactile feedback. The bracelet also can be compressed to simulate pressure.

The bracelet is designed for applications of VR and AR in combination with visual and auditory stimuli from the points VR or AR and is designed to simulate the most likely tactile effects right down to the fingertips.

Tasbi now for both hands

Explorers Facebook first introduced the Tasbi last summer at the IEEE World Haptics Conference. Since then have been programmed a new haptic effects, and was developed by the second bracelet to interact with both hands.

Progress was to be presented in April at the conference, MHI 2020 in Honolulu, which was canceled due to the coronavirus. Pre-published scientific work gives an idea of the spectrum of old and new tactile effects that Tasbi is now able to model using “haptic rendering”.

Even air flow can be modeled

In addition to simple button clicks, Tasbi now cope with more complex haptic effects, for example, when interacting with rotating handles and movements tension. Tactile bracelet is now also able to mimic the smooth and the rough surface on the fingertips.

Another new feature is the ability to perceive the weight and inertia of virtual objects such as, for example, a tennis racket. Even air flow from the fan must be tangible.

The bracelet can also start to simulate the physical pressure that occurs when climbing stairs, and tactfully to support a more complex two-handed interaction. The researchers cite the example of drawing the bow string, or reloading a gun. 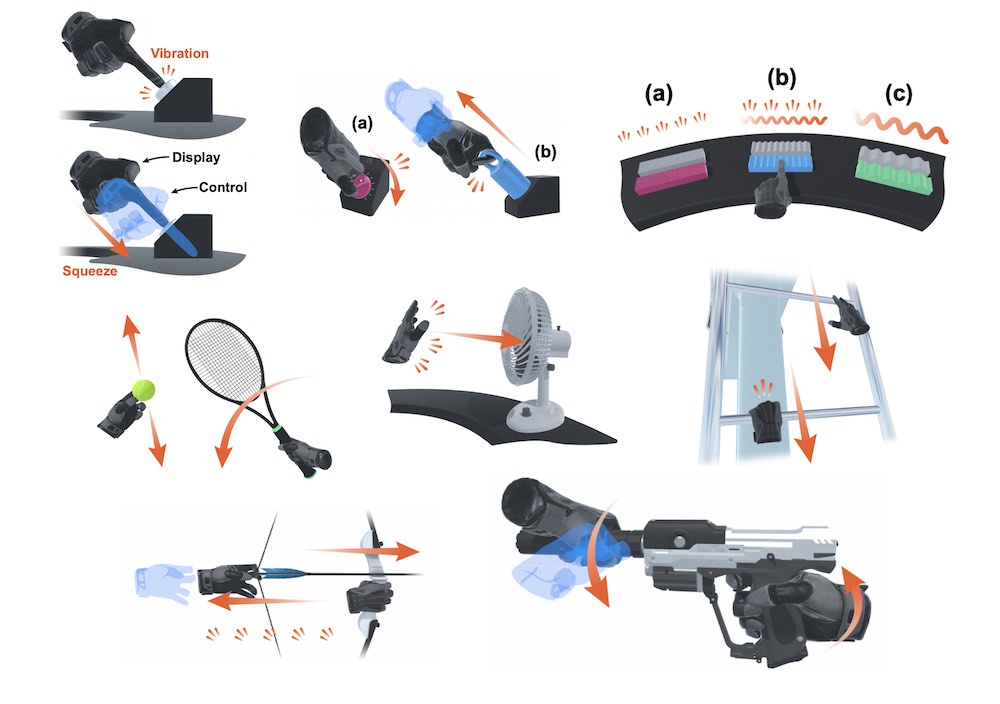 Because sooner or later the tracking system hands, designed for the Oculus Quest, must find its way into the AR brand AR points, Facebook can also support augmented reality with haptic effects.

The bracelet can also be combined with the transfer of thoughts, develop CTRL-Labs. The startup is also working on a bracelet. It is equipped with electrodes and computer chips that record the brain signals on the wrist and can be interpreted as computer commands using artificial intelligence.

Once this is to allow easy mind control for VR and AR. Technology, according to founder Thomas Reardon, may appear on the market less than five years .