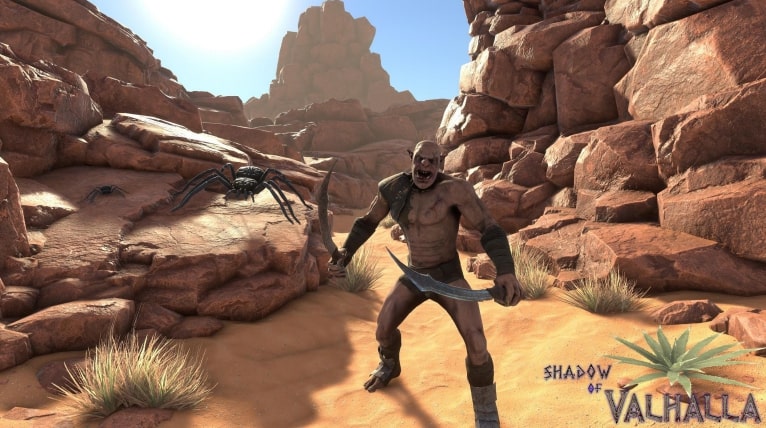 Take a terrible pilgrimage through the ground.

You are the warrior-Viking, and you just saw your brother particularly ruffled the fiery breath of a mighty dragon. Your pupils dilate, your heart rate begins to spiral out of control, and every muscle in your body tenses when a giant winged beast that had just killed your brother, begins to descend on you with fury in his eyes.

You Wake up and find yourself in Valhalla, the land of the dead. Here you go a grueling journey through the underground world, trying to avenge his brother. Along the way you will face many terrifying enemies, such as demons and ghosts. To relive your journey, you need to dismember and decapitate the seemingly endless waves of enemies roaming the alleys of the afterlife.

With each successful shot your arms, blood pours from the wounds of endless victims. You take a dismembered limb from one of the accident victims and use it to defeat another enemy, his broken body flying with the inimitable movements of the ragdoll, before falling to the ground in a big lifeless heap. In short, a solid horror!

It is a Shadow of Valhalla , a dynamic role-playing combat game from developer / publisher Chicken Waffle, which promises one of the most bloody and intuitive VR-dives available on VR headsets.

Although in past games, such as “Arizona Sunshine” and “Blood Trail”, each of which has its share of violence and bloodshed, however, none of them can provide realistic fights based on the physics introduced in later titles, such as Boneworks , Half-Life: Alyx and he Walking Dead: Saints & Sinners . Team Chicken Waffle took on the task of creating virtual reality provides a whole new level of graphical precision, especially when it comes to blood (“brrrr!”).

During the interview Finn Staber, CEO and founder of Chicken Waffle, said, “When I came out of the army, I actually got a degree in biology with emphasis on anatomy and human physiology. Besides, I always liked bloody movies and TV shows such as “Game of thrones” , which also inspired us for this game. So, we turned to the anatomical sections of the human body and considered some of them, the coolest melee combat in the popular horror movies”. 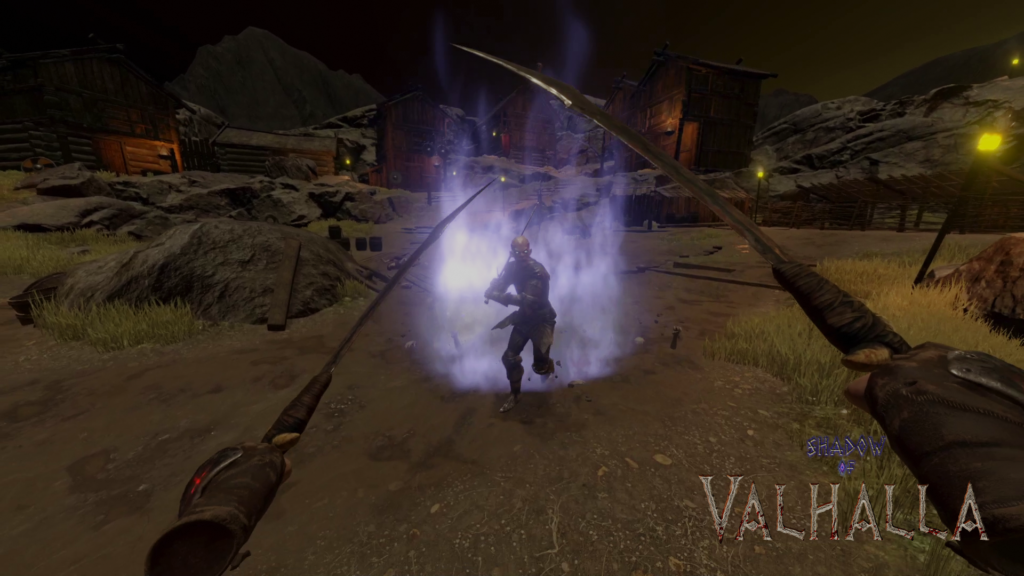 A lot of work and iterations it took to create realistic combat based on physics, using heavy weapons and dismemberment of the enemy. Thanks to the military past of Steiber, education, and love of virtual reality, the Shadow of Valhalla achieves all the goals set by the team Chicken Waffle.

They have also included support tools mixed reality LIV and tactile accessories from bHaptics , and developed some fun features for the custom swords and weapons VR using Vive tracking.

“We have done everything possible to comply with the advanced management tools VR in Half-Life: Alyx. Improved functionality of the Valve set the standard for virtual reality. Thus, we have made every effort to pay tribute to their amazing work,” said Steiber.

Chicken Waffle will release Shadow of Valhalla for PC VR PS VR and has not yet announced the wireless headset, 5G VR.