Save the world from destruction in the Escape Room 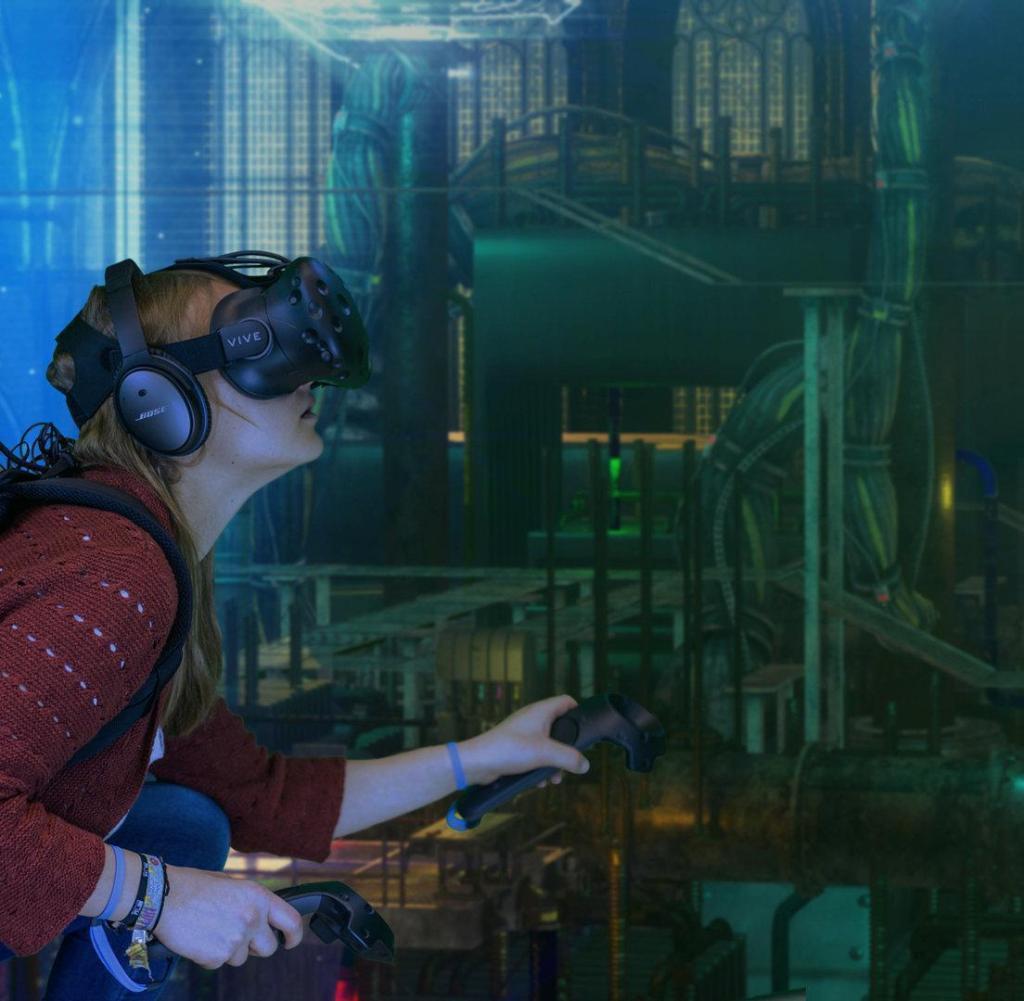 Huxley’s not well. Cables are hanging down on the robot everywhere. His jets keep stuttering. With his last strength he asks us for help. We are to penetrate into it, destroy it and thus save the whole world from destruction. Not really an easy task. Together with two friends, I stand in three bare rooms of Exit Adventures near Berlin’s Alexanderplatz. With the help of virtual reality glasses, we have catapulted ourselves into the world of Huxley, where we experience a PC game up close.

Within a very short time, we hide the fact that there are only bare walls with a purple shimmering light around us, while we move completely freely on the four by six meter area and reach for objects with the controllers in our hands to rearrange them in the digital world. The creators of the first German escape room game in virtual reality (VR) want exactly this user experience. For months, they had worked on the concept and implementation, had built digital game worlds and developed puzzles. And now the beta phase is finally complete. Since Saturday, visitors have been allowed to destroy Huxley in rows and save the world from ruin. 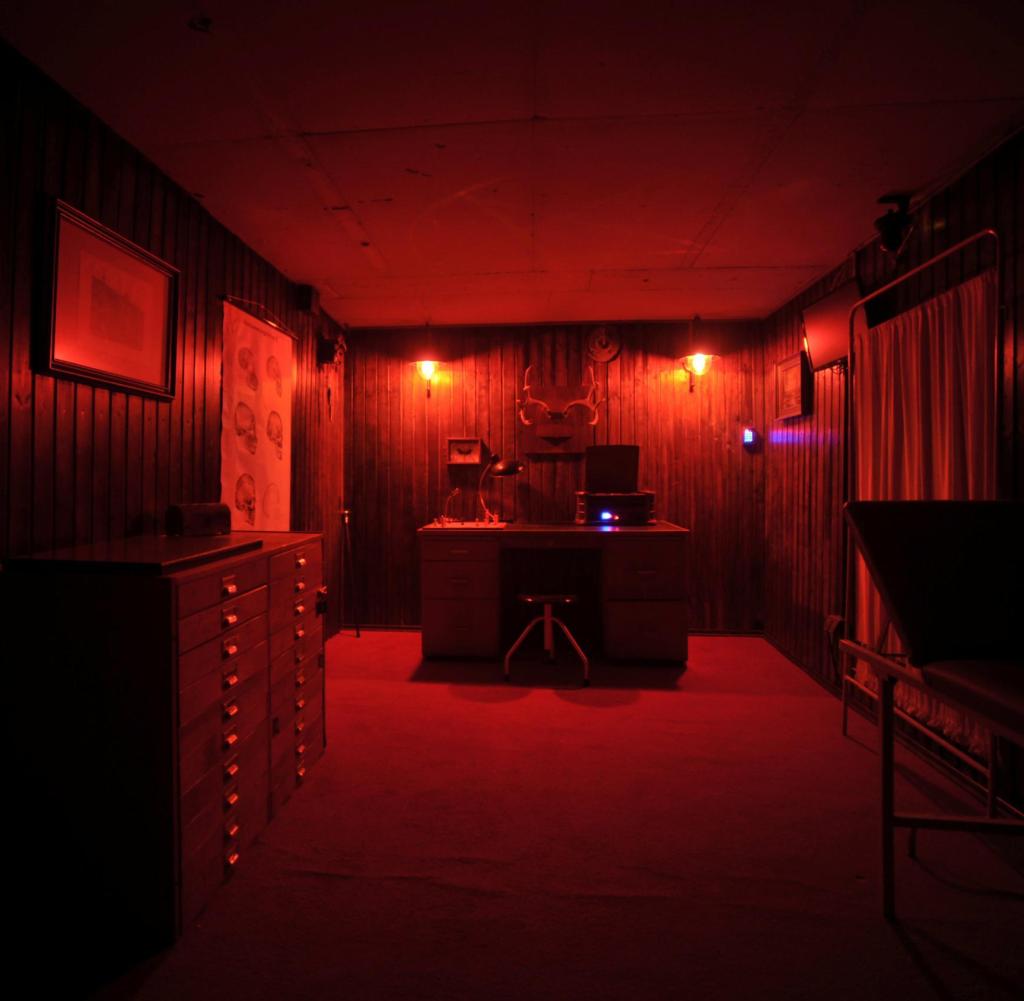 Such heroic heroic stories could not offer the previous games of Exit Adventures. In contrast to the “Huxley”mission, they take place in elaborately designed rooms in an old GDR bunker-only a few meters away. There, puzzles are hidden in chests, tubes or even shoes, with which the players can solve tasks together and escape from the room at the end. The idea behind it: a strategy game from the computer is transplanted into reality. Originally, the concept originated in Japan. Later, the trend spilled over to Hungary and later to Germany. The first provider Hintquest started in Munich in August 2013, so there are now almost 300 nationwide. “But the potential is even greater. I expect up to 1000 locations in Germany,“ says Eduard Maibach. On its website escaperoomgames.de find users an overview of the various German providers and the history of the games.

The leap into virtual reality now marks another milestone in the industry, which wants to win customers with increasingly complex missions. “In some rooms, up to 40,000 euros are invested,” explains expert Maibach, who, however, is critical of the new VR trend. “The missions live from the fact that you play together in reality.”The Berlin makers of” Huxley ” expected this criticism. “For us, this is not a contradiction. We can now build worlds in virtual reality that no stage builder could create, ” explains Max Mühlbach of Exit Adventures“ With a vibrating plate in the floor, even an elevator ride can be simulated in virtual reality.

A separate room for each player

At the same time, however, the makers must also accept that technology still sets limits for them. Although VR glasses have outgrown their infancy, some things are not possible. “Each player still needs his own space. They would run against each other on a common surface,“ explains Sven Haeberlein from Trotzkind, who, together with his colleagues, not only programs games, but also other VR applications.

A change to the VR glasses could solve the problem of the developers soon. For the time being, however, each player is assigned his own room. A maximum of three can then communicate with each other via microphone and headphones. The makers do not want to connect more participants. This could only give problems of understanding. In the beta test, which THE WORLD also completed, the communication worked smoothly. Even the eyes did not limp after 44 minutes of continuous irrigation by the VR glasses. “We also experimented with a playing time of 90 minutes. But that was too much for most of them,“ explains Max Mühlbach.

Despite the shorter playing time, however, one problem has not yet been eliminated: After just under 35 to 40 minutes of playing time, the batteries of the computers that the players carry on their backs are running out. The game masters, who otherwise show tips in the virtual reality during the course, if the participants get stuck, then replace the batteries fix. However, a cable solution was not considered, so that the players can always move freely in the room.

With further new developments, graphics performance could also improve in the future. Although there is nothing to complain about here, parts of the scenery could be even more sharply resolved. “The technology is not yet fully developed,” says Escape room fan Maibach. However, the Berliners of Exit Adventures are not the only ones who want to occupy virtual reality at an early stage. Stuttgart operators also bring players into virtual reality. However, only for twelve minutes-and only sitting. And in the US, near Salt Lake City, developers send the clientele into a game with the characters from “Ghostbusters”. An entire virtual reality theme park is planned.

A franchise model is also being considered

This will show who will optimize the technology and ensure the best user experience. Money plays a central role in this. In Berlin, the expansion of the area and the technology have swallowed up almost 35,000 euros. However, the entire development, in which a total of 15 people were involved, was many times more expensive, according to the creators. We do not want to give more precise figures. For visitors, the trip to virtual reality costs between 21.50 and 39.50 euros per person, depending on the size of the group and the time of day. The offer is not limited to Berlin. Exit Adventures wants to offer the game as a franchise business to other escape room locations that do not want to set up their own VR mission.

In addition, Huxley can also conjure up doomsday in English. In our case, fortunately, we can avert the apocalypse. After guiding each other through a gigantic labyrinth, it’s done. Huxley is defeated. And we stand again in a bare room.