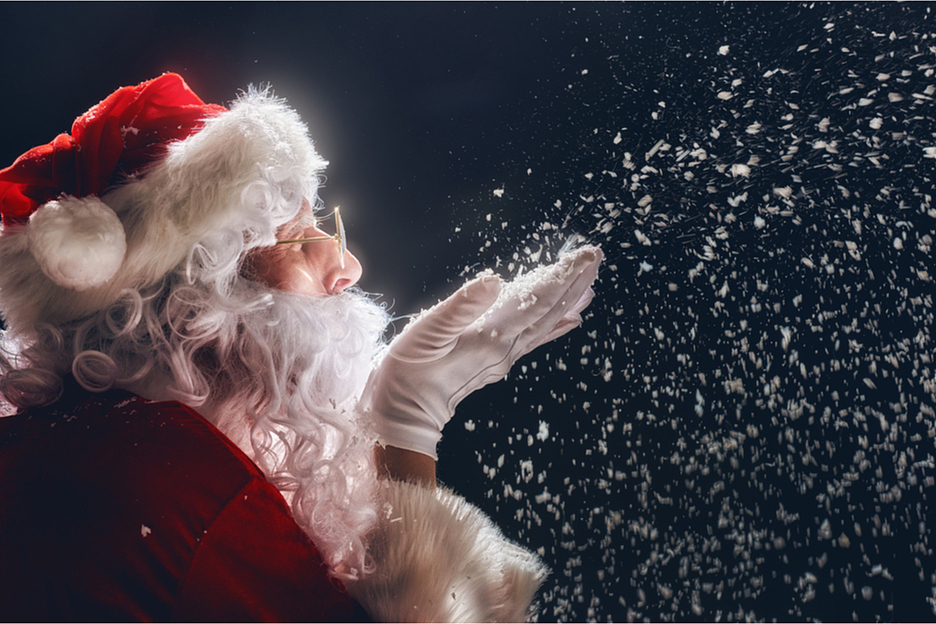 It’s December, and with it the time for new year’s eve preparations. Even the most serious of the print edition to add to the room a little romance. The editors hastily looking for slezovydelenii stories about happy new year adventures or unexpected meeting under the tree two fairly old, but to preserve the military ardor of youth lovers. Couldn’t stay away and we. In front of you is a true story with shocking details of his personal life of a man and his truck.

One day my friend, the unexpected happened – he suddenly felt like Santa Claus. Maybe Saint Nicholas or Shoo Babai. Although I personally suspect it to be the earthly manifestation of the Finnish Joulupukki. Explain why a little later.

Now it does not matter which version of the firmware for a fun new year of the bearded men have taken it over. The important thing is that he started handing out gifts. The aunty behind the counter of the supermarket regularly received from him a smile, lovers to chat – the interesting conversation, but the real “patsanchiki with RANS” when trying to “talk for life” I got from him for free quick and optimal pedestrian route for further movement. Sometimes included were an added bonus giving the body the initial acceleration and the verbal wishes of good and fast roads.

Only with me he once went wrong. I am not working in a supermarket, and not harass passersby, drinking beer in the Park. However, to chat, however, love thoroughly and on any topic. That’s probably why he decided me to do much good.

Repulsive one autumn day my cell phone rang the phone and a female voice without unnecessary formality asked: “Eugene, you a package to take you?” Not too often I get parcels so I can throw them right and left, so I sighed, got my old “Ford Transit” and under indecent the sounds of the exhaust pipe of this self-propelled cleaner, went to the post.

Note for the sceptics and the capital’s residents. It is in big cities you can live in the same house for twenty years and not know the neighbor in the stairwell. And, quite likely, no one will call you about the last one in the office package. And we have in the province, everything is different: everybody knows everything about everybody. Any calf born from a neighbor, how old are your kiddies, why and where you went last Thursday, etc. And, of course, the parcel immediately recognize, you will find your contacts and will warn you well, and the whole district at the same time. Very convenient, you know.

So, in a small box was Packed pair of SSD to upgrade my computer, a couple of magazines about something there in the it world, the scraps of newspaper reports of unprecedented sales in the capital’s supermarkets and THIS little box of cream. 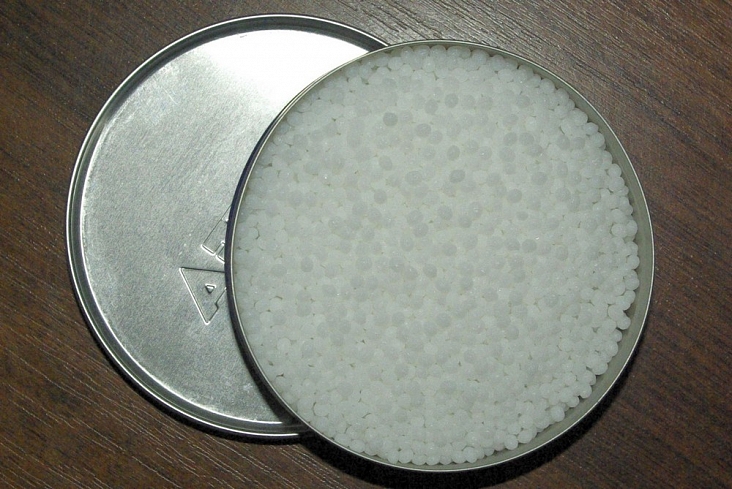 Well, IT looked unusual, but at the same time very familiar… Vitamins? No, vitamins usually in yellow glaze – I will not as I lick her, and the rest… Maybe Lapis album? Yes I like not a fan of homeopathy. Banned substance? But we all know that our police are watching and will not tolerate such brazen lawlessness…

In short, would have remained to lay this an unexpected joy in a tin box, if the latter-day good magician never called or gave a detailed explanation: “Remember this word – polymorphus, he’s Polymorph and ShapeLock. Plastic with unusually low melting temperature. In order to work with it, no need for high temperature industrial extruders. You can simply run hot water from the kettle, cover the back of the pellets and wait a bit. As soon as the granules became transparent, plastic ready to use”.

But I wish he didn’t. To so many new experiences need to be a little prepared. It turns out that many creative people have long been used polymorphus for making role-playing costumes and masks: 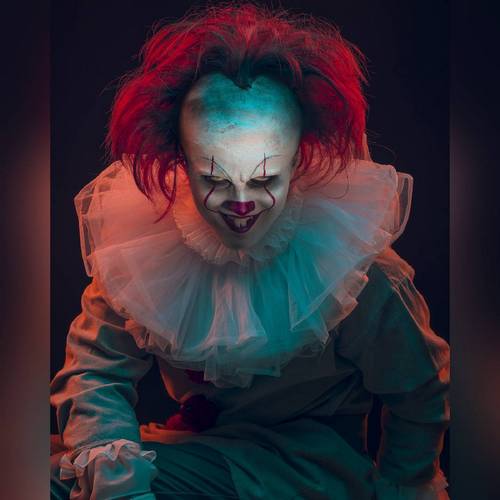 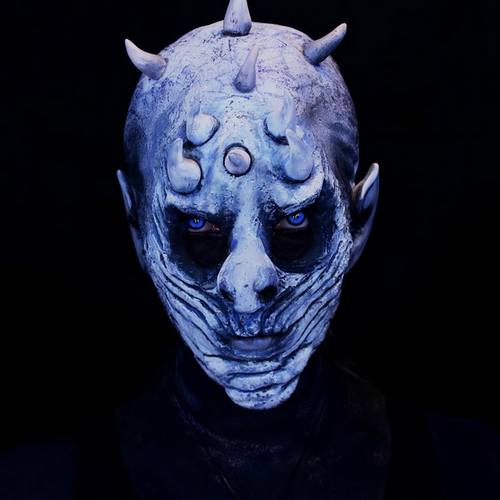 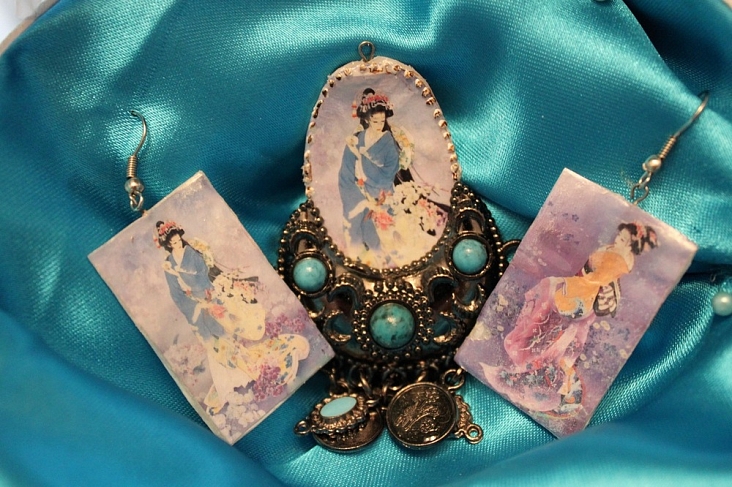 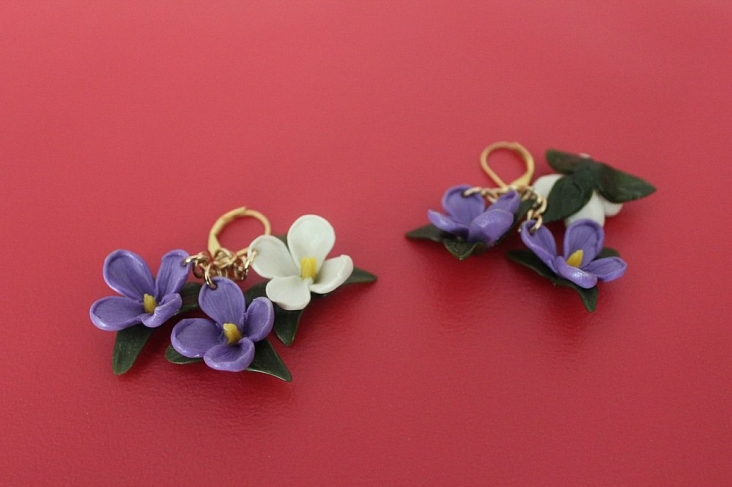 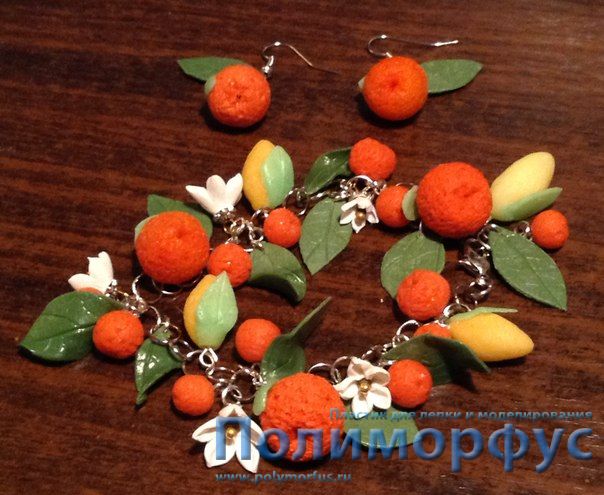 Or bright and noticeable designer watches and lamps: 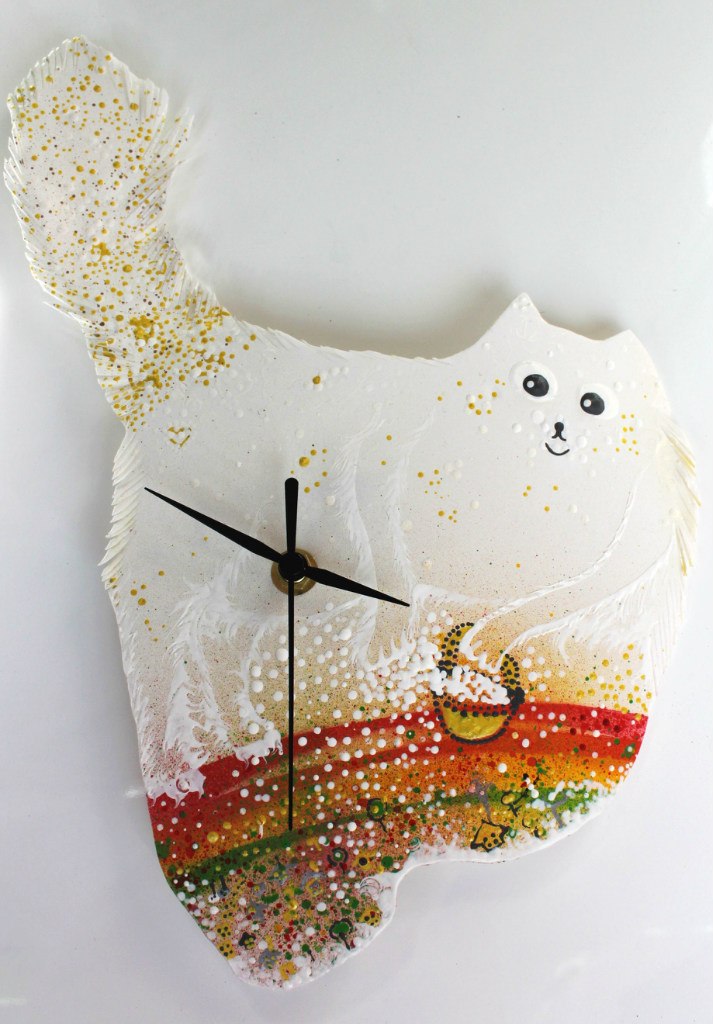 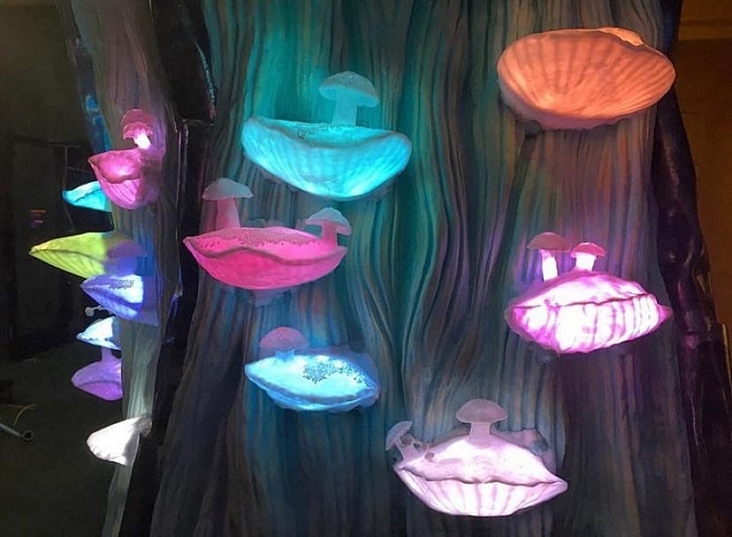 What can I say, even the fishermen do luminous lures and bait out polymorph: 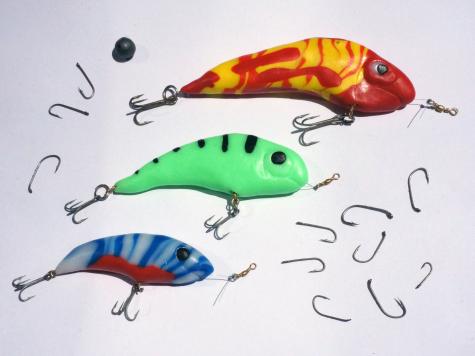 Of course, I also wanted to create something similar. The only thing that has stopped from cosplay, a clear understanding of the consequences. If you start to walk at the copses and dirt roads of my region in the costumes of mysterious characters with fangs and glowing tentacles, the local hunters will not have to think… And most likely, I will simply define as an unknown species of alien fauna or subtype Bigfoot and decides to decorate one of the cabins with my well dressed Scarecrow.

And everything else I have nothing left. No jewelry or designer jewelry. Even homemade baits are not touched by its beauty. The same case when you have to ask the fate of only one: “Joulupukki, Joulupukki, peresa on the shoulders of the hands.” However, life always gives us opportunities. You just need them to notice. My “Ford Transit” looking at meaningless creative efforts of the owner, decided to sacrifice himself for a higher purpose… and broke. And very well chosen time and place – only in our part of the road where the permitted speed is 110 km/h.

To make it clear, this is about how to stall in the far left lane on the ring road. An incredible feeling. The gear lever suddenly pretended to be a piece of rubber and obediently took any position, but it was enough to let him go, as he instantly returned to the neutral position. The point of trying to reason with the technique was a bit rebellious, had gradually to pull over and slow down for the included fourth.

After a brief diagnosis, the reason became clear: wear the plastic sleeve of the shift cable. As it turned out, the previous owner used a very elegant solution to seal connections, using the old oiled cloth. Cloth, ladies and gentlemen!!! If, God forbid, in your life you see the need in buying a used car, look carefully in crystal clear honest eyes of the seller! Perhaps he belongs to a secret order of lovers of rags, tape, and other creative solutions.

Anyway, a makeshift gasket tried very hard to be helpful, but, unfortunately, the years have taken their toll and he made a small but enchanting surprise. 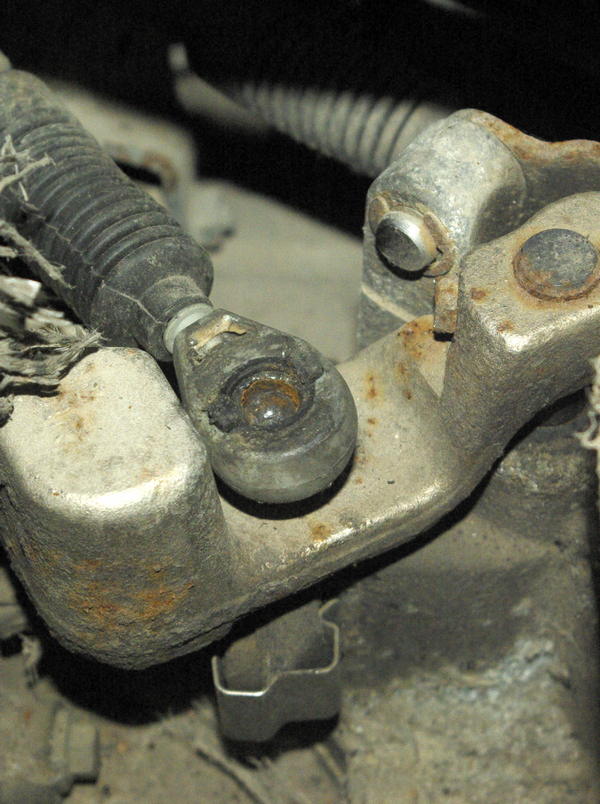 In a manual transmission used with hinge or cable system transmission of force from the lever directly to the box. Very often, the hinges or the cables are in good condition and change them just due to wear of plastic end caps. The cost of replacing the shift cable in my case was from three to thirty thousand rubles depending on the quality of the part, and the greed of the seller. Add to this the cost of evacuation from the track and forced the weekly simple. For the week item from the seller just come and get me. 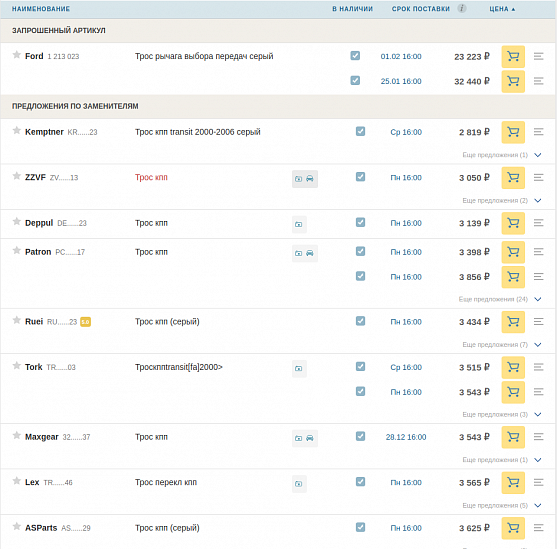 Alternatively, had the opportunity to use a small “optimization of costs” (love this phrase, apparently, in the family I was an effective Manager). Fortunately, there was a thermos of hot water, a mug and a bit of pellets polymorphous. Then everything was done in accordance with the instructions.

The repair process lasted about five minutes. Much more time took the reflections on the theme, should I change the cable for a new one. Because repaired the item in no way affect the traffic safety, it was decided to leave it as a control sample for understanding polymorphous resistance to mechanical loads.

Since this new year adventures went for a year. Despite the difficult working conditions, detail is in place and is not going to break down. However, my good “Ford Transit” would present me with many other surprises, but it is very, very different and not so interesting stories.