Samsung is preparing to release a new VR glasses

Samsung is preparing to release a new VR glasses 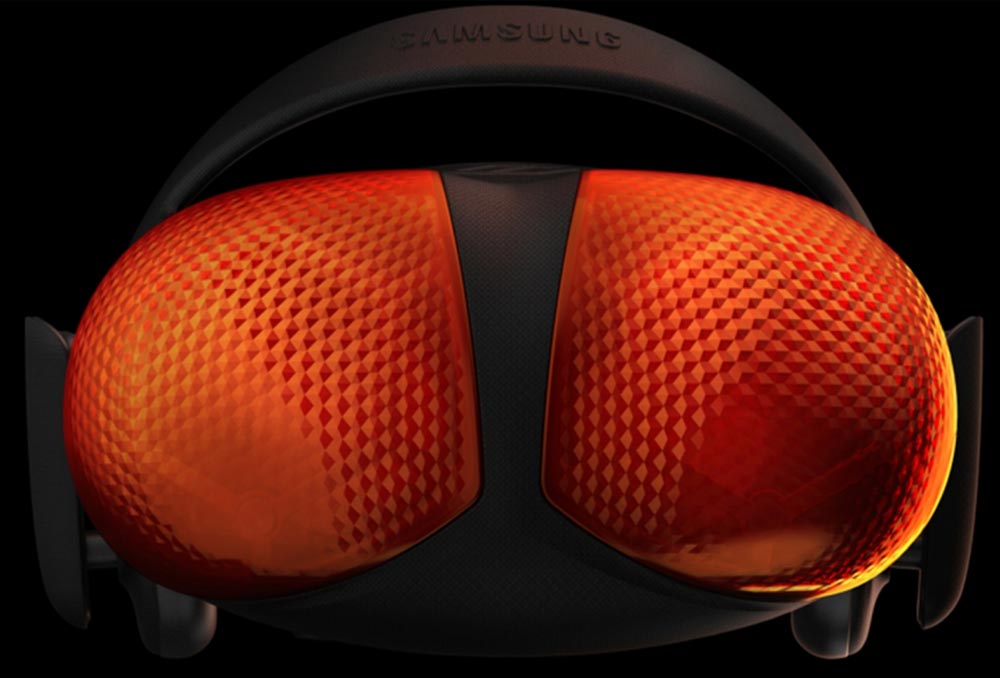 It is alleged that Samsung has registered a patent for VR goggles are still unknown in China.

Odyssey is superior to other VR glasses Windows, among other things, higher resolution, OLED screens, improved wearing comfort and improved controllers. From the Odyssey+ also had a special display coating that made the image more homogeneous.

On the website 91Mobiles (via Reddit ) now published images that allegedly obtained as a result of patenting in China. At the time of filing of the patent page, nothing is written and, unfortunately, it is not referenced. It can not be found on English-language web site Chinese patent office (CNIPA).

What is striking about possible patent images is the fact that the new VR glasses Samsung, at least, no longer use visible camera tracking. Glasses Odyssey had two of the front camera to track, the software provided by Microsoft on the basis of the tracking Hololens.

The photos cannot assess what alternative tracking system Samsung can use. There is also no information about the technical data such as resolution and field of view, and controllers. 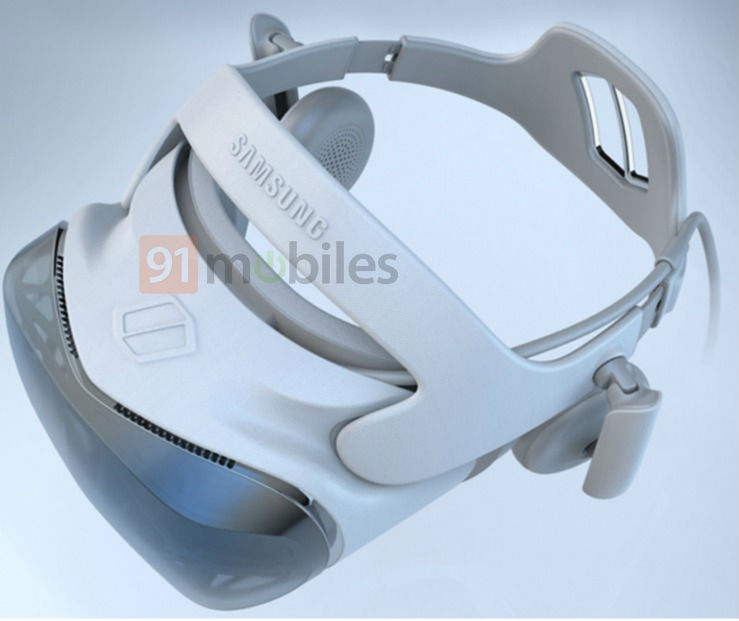 VR glasses don’t work as well independently, as, for example, Oculus Quest: one picture shows the cable, which may cause your PC or other external device such as a smartphone. On the bottom of the points located the volume button and the button with an unknown function. 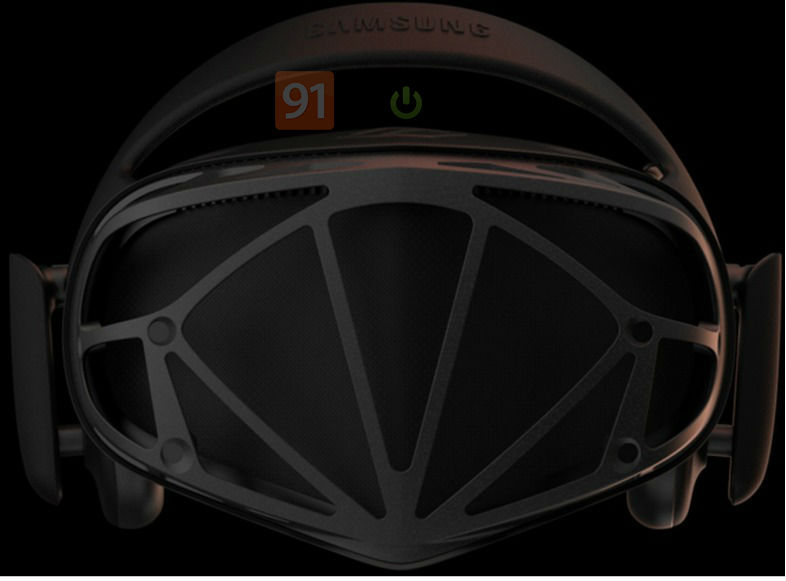 Apparently, the front panel of the new Samsung glasses can be removed, as with the Gear VR. At the bottom there are four notches that you can use to monitor the cameras or sensors. Two additional recesses are provided on the sides of points in patent drawings.

Collaboration Samsung Oculus in the field of VR for smartphones and Gear VR points ended after the release of the Note 10. In the end, Oculus VR Gear is removed from your development environment.

Two points Odyssey was well received in the VR environment, but it is unlikely that Samsung sold a significant number of them. Competition in the market of small virtual technologies is tough.

In General, Samsung, as they say, pretty disappointed with the market of virtual reality and focuses on mixed reality. The prototype for self-sufficient points VR viewer AR several times was shown in public, but he again disappeared from the scene. So it is quite possible that the patent images from China are genuine, but VR glasses never appear on them.

Samsung gives hope for the development of XR

However: at the conference, Augmented World Expo in the summer of 2019 Manager Samsung Farshid Falla promised new products VR and AR in the shortest possible time . Falla is responsible for relations with XR and developers of games for Samsung America. Falla says that fast 5G network, in particular, is changing the game for XR: “Soon VR and AR will unite and become even better.”

And in November last year, Samsung announced a partnership with LiveXLive, a video streaming service, which specializiruetsya on live music. Together the two companies want to broadcast the ten major concerts in the format 360 degrees. As the platform supports application Samsung “Samsung XR” (Android) .

360-degree streaming is not a reason to launch a new VR glasses, but, at least, a sign that Samsung may not mind a new headset, despite the failure of the Gear VR.

Web site Let’s Go Digital has opened a second patent Samsung on the technical points in the database of patents CNIPA. He was requested at the beginning of 2019 and approved January 17, 2020 .

The device can partially coincide: the lower side of the two points VR or mixed reality glasses and mounts to the head seems to be the same as the structure under the front panel. 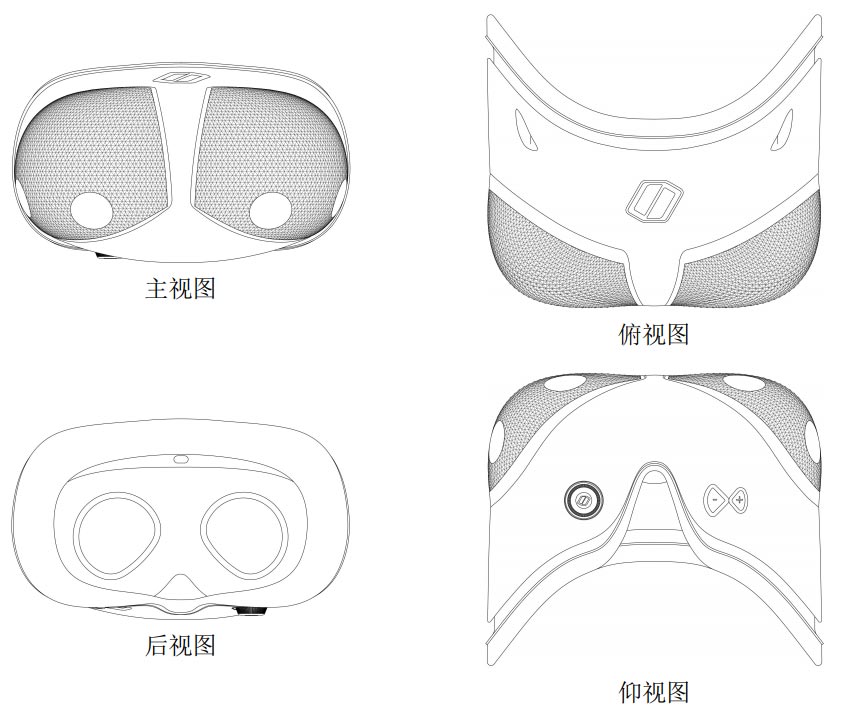 The patent drawings show the recesses for the six cameras tracking four attached to the front panel, two for side panel (apparently, for the controllers). 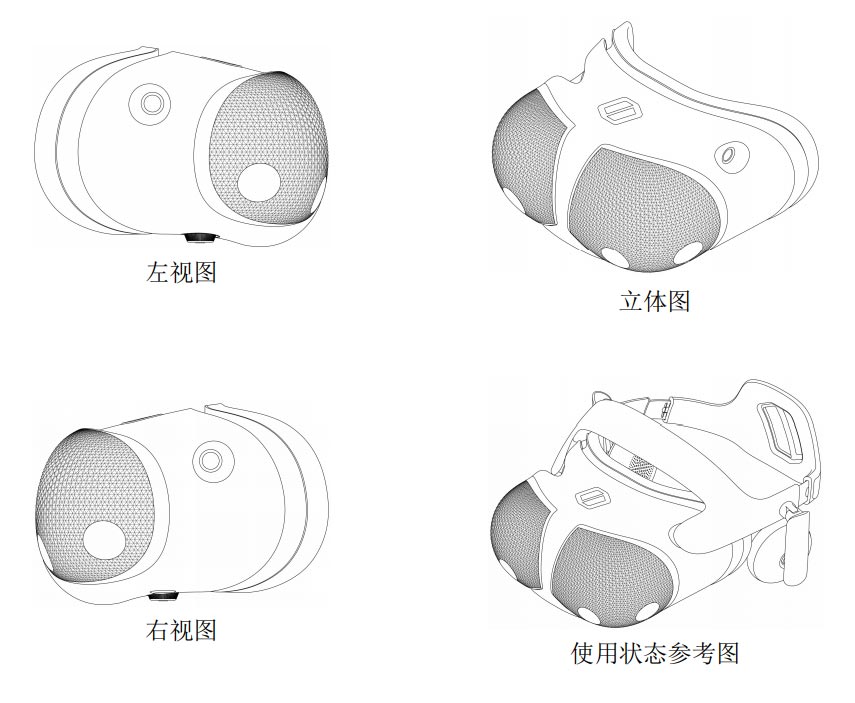 New to the second patent is the front panel in a visually spectacular compound eye design, thanks to which the VR glasses look like an insect head. Various colors, appears to be envisaged. 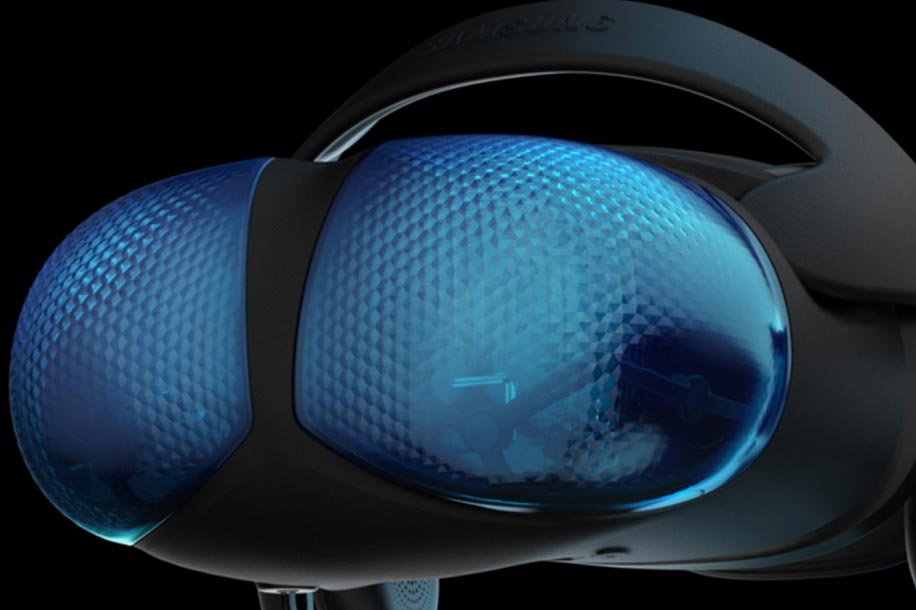