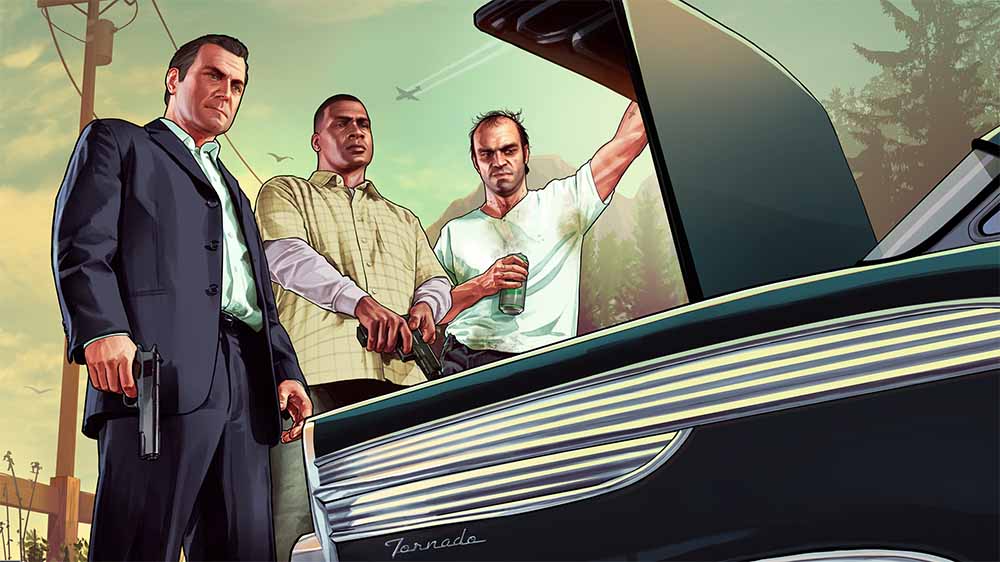 According to an Australian development Studio, Rockstar Games is working on a new VR game with AAA ambitions. Could GTA 6 come out in VR?

With LA Noire: VR Case Files Video Games Deluxe suffered seven major criminal cases in virtual reality. The PlayStation VR with HTC Vive and the Oculus Rift can conduct their own investigation into the VR, take notes and interrogate suspects. Especially cool that there is a possibility allowed to drive old cars of the 1930-ies and to cruise around Los Angeles.

Now, it seems, is preparing the following title for VR — at least, according to announcement from the developer of LA Noire, Video Games Deluxe. 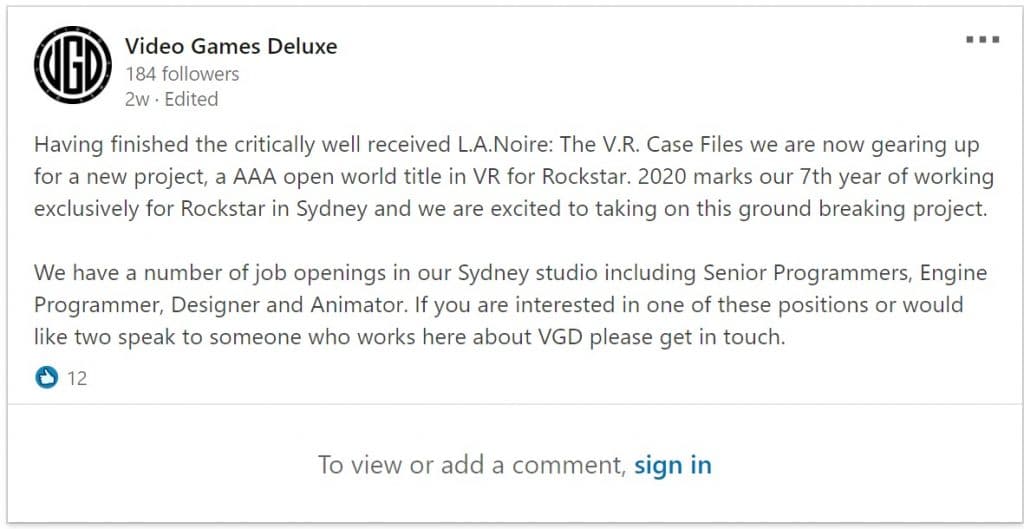 Developed a game “AAA” in VR for Rockstar

Because Video Games Deluxe announces his career in LinkedIn, the Australian team is currently working on a new project for Rockstar Games. It is expected that this will be the game “Triple A” open world in virtual reality.

“2020 is the seventh year that we work exclusively for Rockstar in Sydney, and we are pleased to undertake this revolutionary project,” says the Studio, which, among other things, is looking for game designers and programmers.

The job description includes such key words as “characters, vehicles and weapons” — terms that in connection with the Rockstar evoke certain associations.

The most exciting conclusion would be that Rockstar Games has donated virtual reality mode for the upcoming sixth part of the series “Grand Theft Auto”. Once GTA 5 gets first-person as first part of the series, the VR mode for the next part can be quite possible. However, the chances are pretty small, because even GTA 6 is not officially announced.

Or perhaps a scheduled official VR mode for GTA 5. In the end, there is a mod which brings the VR mode. Open world hit, which regularly dominates the sales charts, even seven years after its release, as you know, comes back in a new edition for the upcoming PlayStation 5 and XBox series X.

Another option may be the VR mode of the latest game Red Dead Redemption 2. Western epic offers a first-person perspective and therefore can be a good approach to VR mode. However, cowboy modeling do not have offers a vehicle in the classic sense — and this is clearly mentioned in the bids for the work.