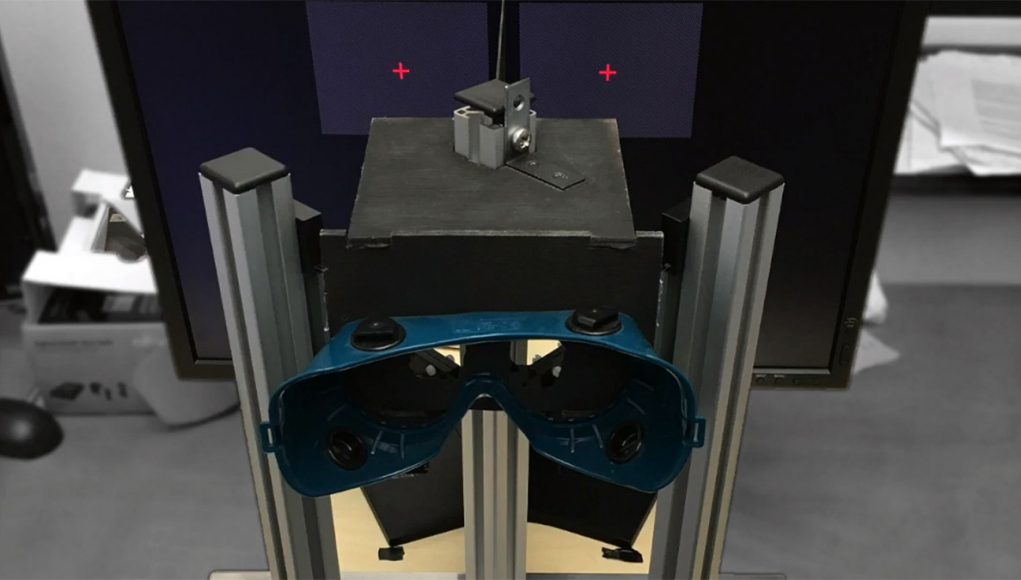 Researchers from Cambridge, Durham, INRIA, University of the côte d’azur, Berkeley, Rennes and mit have developed a new technique which can help boost the perceived contrast in virtual reality headsets. The system is called DiCE, which means “strengthening diopticerne contrast”. In an article published earlier this year in the journal ACM Transactions on Graphics , researchers claim that the method is “negligible computational cost and can be directly used for visualization of virtual reality in real time.”

The researchers say that, although the methods of tone display can increase the perceived contrast on the images, they are too slow and computationally expensive for practical use when rendering a virtual reality. Instead, they propose a system that uses the natural behavior of the human stereo vision system, to make it perceive more contrast.

In General, the purpose of VR headsets is always to reproduce the stereo image accurate; if the image to be displayed to each eye, has unexpected differences, it creates “binocular rivalry” (stereo AKA conflict), which can be visually uncomfortable, because it creates a discrepancy that the brain is difficult to correctly merge into a coherent image. Method DiCE is directed to the use of divergent stereo image to enhance contrast while controlling binocular rivalry.

A key component of the method is figuring out how to visualize the image to enhance contrast without a significant binocular rivalry. The researchers say they conducted an experiment to determine the factors that lead to binocular rivalry, and then developed contrast enhancement based on the stereo to avoid these factors.

Finding an approach that minimizes binocular rivalry, researchers checked their results, stating that “our results clearly show that our solution is more effective for increasing the contrast and at the same time much more efficiently [than previous methods]. We also assessed the installation of VR where users indicate that our approach clearly improves contrast and depth compared to the baseline level”. 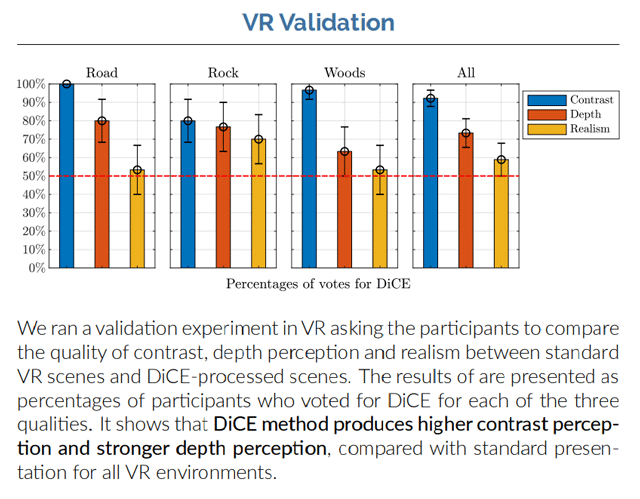 Researchers believe that this work is well suited for rendering of virtual reality, noting that “since the tone mapping is usually part of the rendering pipeline, our technique can be easily combined with an existing rendering, VR / AR with virtually no cost [of computing]”. The team even came down to the fact that you have published a Unity Asset package to other researchers.