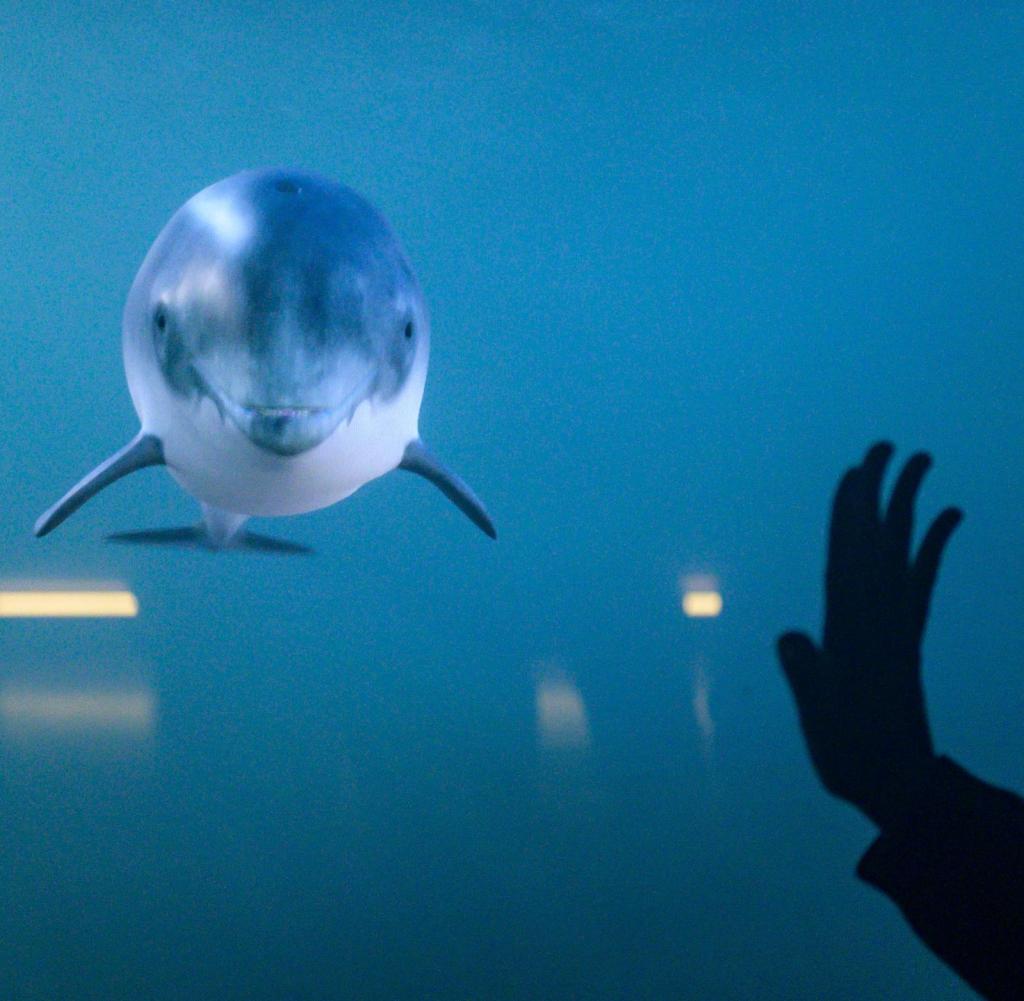 Christian Michalczyk grins. Knock on the window for a moment – and she comes crawling, the Chinese Woolly Crab. The immigrant, who is now at home in large numbers in the Port of Hamburg, reacts to further finger pointing by the employee of the nature conservation office of the Hamburg Environmental Authority with movements of his scissors. “They’ve been able to do that pretty well,” Michalczyk says.

Not far from the crab, a porpoise also reacts to Michalczyk’s presence and curiously comes closer; even a swarm of smelt swims in the direction in which the conservationist turns. Not that the environment agency has now specialized in the dressage of its harbour fauna: all animals are digital, can be observed on large screens and are part of a new experience exhibition in Hafencity, which opened on Monday.

Discovery Dock is the name of the virtual adventure playground for all those who want to experience some concise sides of the Port of Hamburg in a compact form. A place that never sleeps, as it is called in the short introductory film in the rooms at the Kaiserkai, which refers less to the 830th anniversary of the port than to the “heart” of the Hanseatic city, as Susan Molzow, the managing director of the Discovery Dock, points out.

From customs to nature

From now on, children from the age of ten and adults can get to know the topics of container handling, customs or nature in a playful way at interactive stations. After the introductory film, which shows a complete day in the Port of Hamburg in impressive pictures and introduces some of the actors, who later present special features from their areas in short videos – including cruise ship captain Boris Becker, Customs Officer Günther Losse or Christian Michalczyk -, the visitors enter the main room, which is grouped around the interactive model of the port.

On the table, which stands like an oversized billiard table in the middle of the room, the tides that affect the Port of Hamburg every day are visible, the flows of goods that lead in and out of the Hanseatic city on the waterway to Hamburg are shown and the current ship movements on the Elbe can be traced.

It then becomes even more interactive around the model: With the help of virtual reality (VR) glasses, you can lift a container from a ship to be unloaded and place it on a truck. In one minute and 32 seconds, the task is done on the jerky seat-whether it would be enough for a career in the port? In the dry dock, you can only watch from a lift during the overhaul of a container ship, albeit impressively close. You almost want to pull your head in, so that you do not hit the trunk of the giant.

It gets exciting at the customs station: With an oversized flashlight you can scan containers to find contraband. The original photographs show the finds of the Hamburg investigators, from cocaine packets to a whole giraffe. On the other hand, the container station shows what reaches the Port of Hamburg legally and in what quantities: a quarter of all bananas consumed in Germany alone arrive at the Port of Hamburg.

It takes about 50 minutes to explore the port interactively, then a final projection takes a look into the future. Drones carrying containers? It’s still hard to imagine. But it is a nice mind game, with which you will be released from the well – made world of experience, which will please technology and port enthusiasts, but which unfortunately misses current topics such as the deepening of the Elbe.

Hamburg’s first Mayor Peter Tschentscher (SPD) was nevertheless sure at the opening that the Discovery Dock will have a great demand: if the Port of Hamburg is “not Hanseatic folklore, but a future industry that shapes the consciousness of our city very much.“

The founder and operator of the Discovery Dock is DuMont Media GmbH, partners are AIDA Cruises, Hamburger Hafen und Logistik Aktiengesellschaft (HHLA) and Hamburger Port Authority (HPA). Open from now on daily from 10 am to 7 pm, there are eight guided tours per day. Costs: in May 17,50 Euro for adults, later 19,50 Euro, children 16,50 Euro.