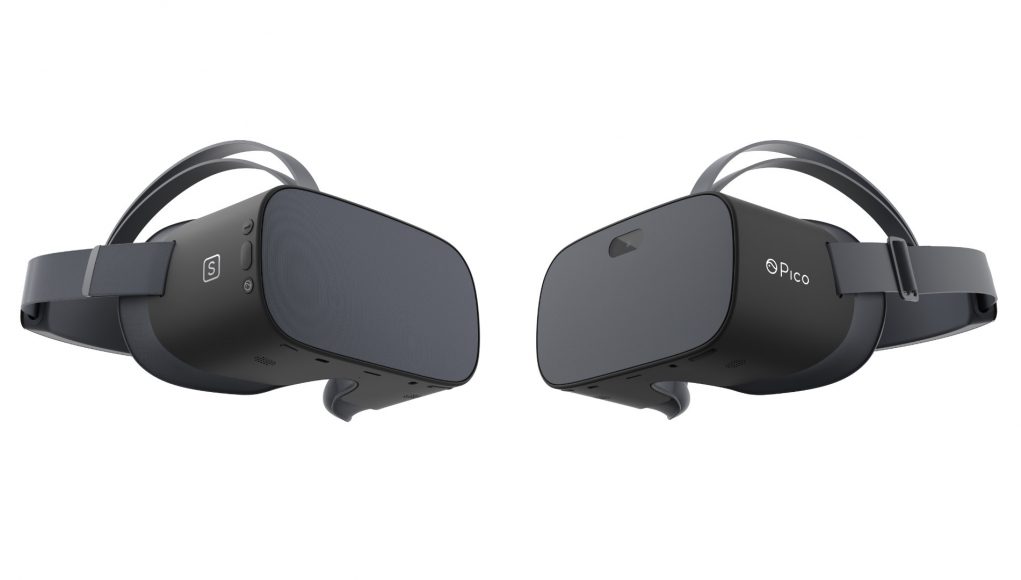 Originally released in North America in may of 2019, standard G2 4K is offered to corporate customers with a higher screen resolution compared to the resolution of the Oculus Go 2560 x 1440 (1280 x 1440 for eyes) and a higher degree of individual support for business than Facebook has provided, through its programme Oculus Go for business at the time. Both headsets provide tracking only 3DOF of the head and include one controller 3DOF.

Today, the company announced G2 4K and 4K’s G2 Enterprise that, according to the company, was the result of customer demand for more memory and longer battery life.

The newly announced Pico G2 4K S offers more internal storage than the original, increasing it from 32 GB to 128 GB. According to Pico, the battery capacity is 20% more, which increases battery life 2 to 5 hours compared with the standard headset.

The Enterprise version also includes 128 GB of memory, and the battery larger, but goes even further with one built-in 16-megapixel RGB camera. 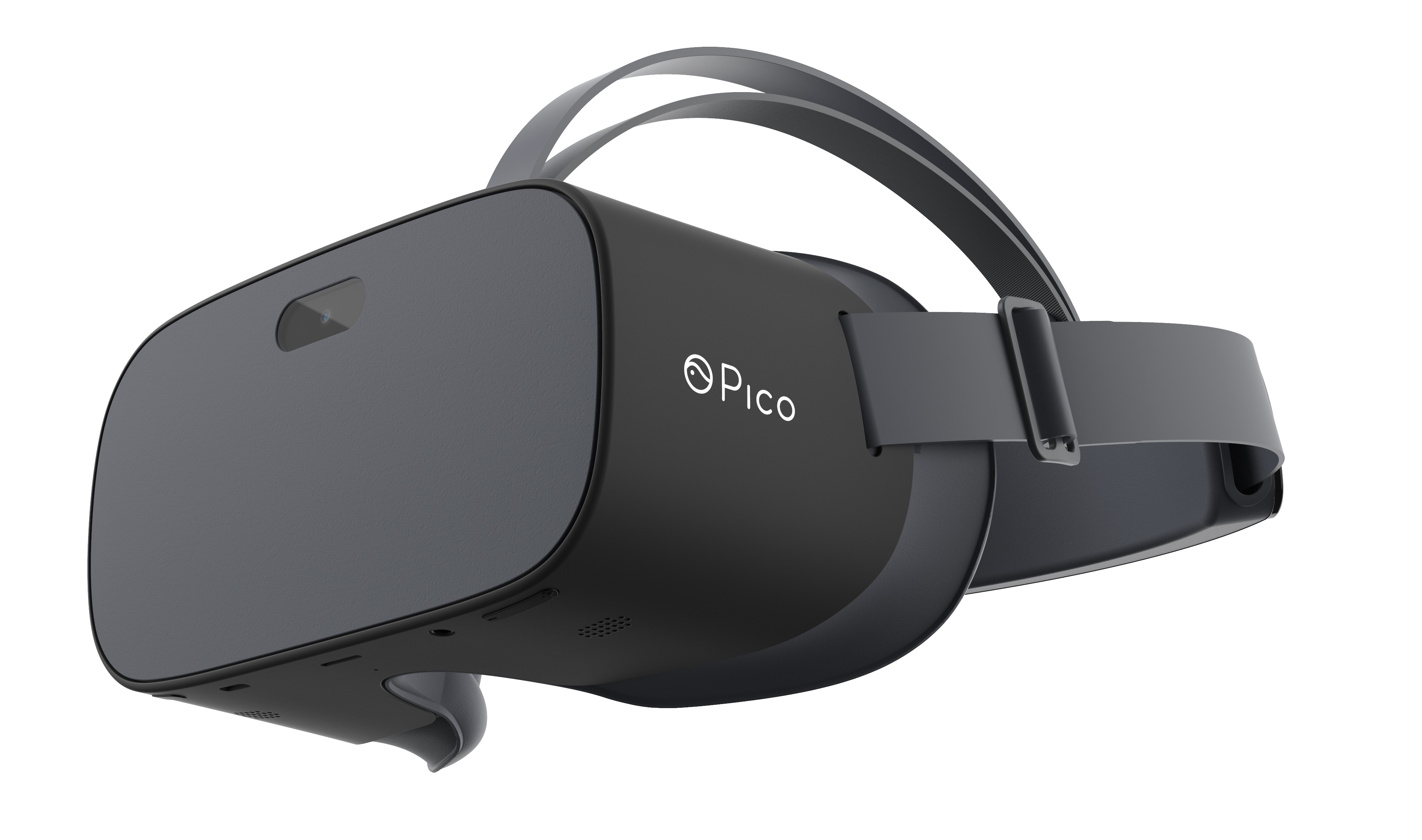 The company says that the new camera was turned on after long discussions with the team in NuEyes , a company using an immersive headset to aid the visually impaired.

In addition, the line G2 4K now comes with a easy to clean polyurethane material, which should facilitate the process of disinfection of the headset.

Like the standard G2 4K, two new additions are sold through corporate channels, and this means that it can buy only the company. Check out the full specifications below: 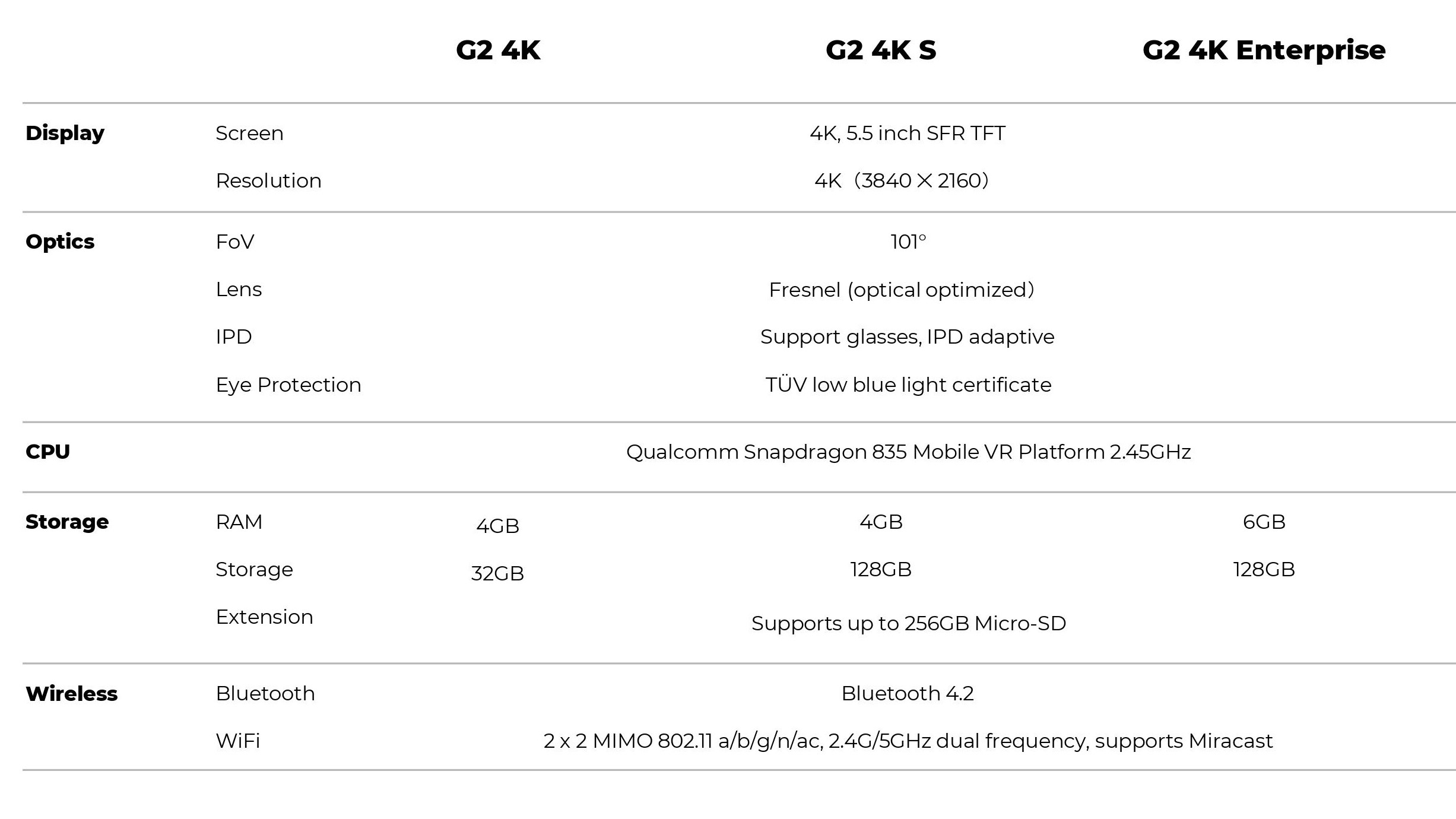