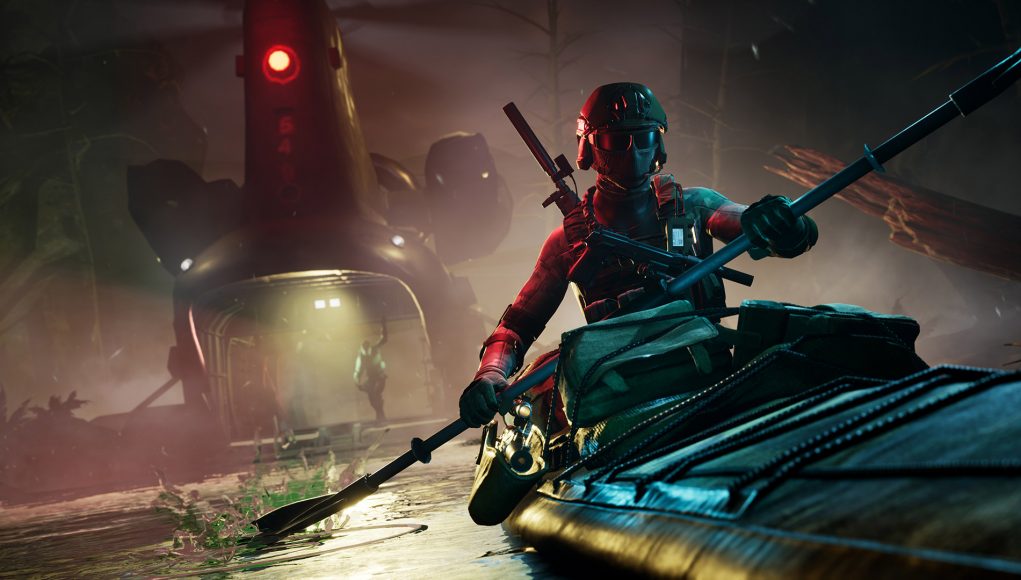 “Just keep rowing. Don’t look back. Just keep paddling!” is those words that will repeat a gamer, trying to avoid the fire of the approaching machine-gun fire after caught the attention of nearby enemies, destroying an active missile silo. Whether it’s a nervous mission, a unique movement of the kayak or explosive environment in the Phantom: Covert Ops is something for everyone.

Available now on Oculus Rift / Oculus Rift’s Quest, “tactical shooter” from nDreams is a pretty unique game in the genre of stealth-action game, available in the Oculus store. Not less important is the fact that the game uses virtual reality technology, bringing a unique immersion cannot be played on consoles or PC.

Phantom: Covert Ops is forcing you to take the place of an elite secret agent, tasked to penetrate the naval base during the cold war, located on the coast of the Black sea. Your job? To stop the Soviet troops from the beginning of a new war. After deployment in a hostile wetlands and penetration in the massive complex, you will need to perform a series of increasingly complex tasks as you try to sabotage enemy operations and stop General Nikolai Zhurova, prone to resumption of war on a world scale, from the beginning of the deadly attacks.

However, not everything depends on you. Along with a remote work team, providing ongoing logistic support, the player will from time to time to get help from the friendly Soviet agent assigned to his team to prevent terrible actions of his countrymen. It’s an interesting combination that adds a more personal touch to the experience. Unfortunately, the dynamics has been studied very little; like most relationships, represented throughout the game. The main villain, General Zhurov, there is very little throughout the adventure, making your last meeting a little disappointing. However, there is at least one mini-boss, which has done a commendable job to eliminate you out of Commission for several levels. 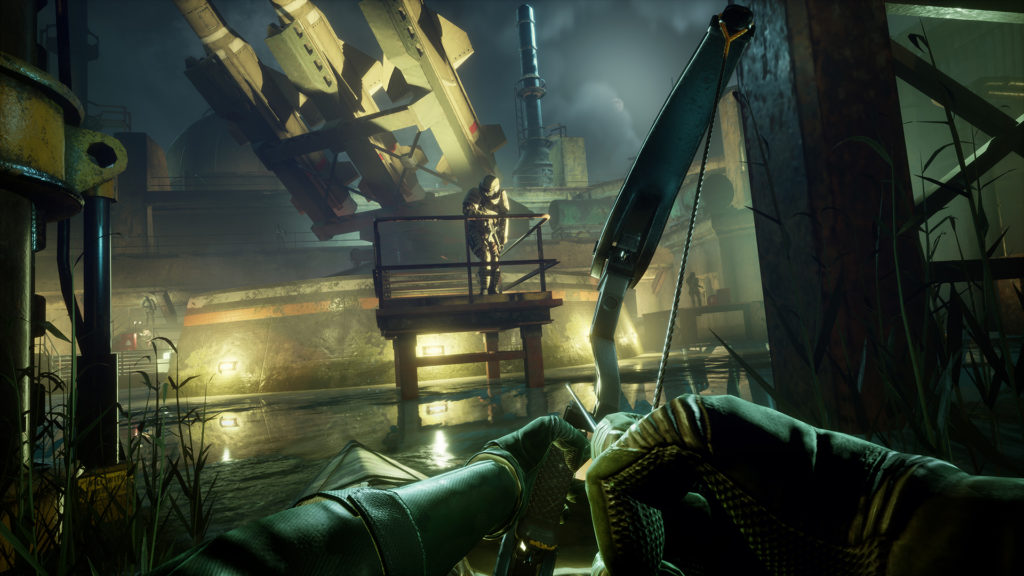 Of course, not everything goes according to plan, and you’ll soon find yourself cut off from your team and surrounded by enemy forces. Then you have to secretly move through enemy territory, using the extensive network of waterways, and to reconnect with your team. Like games such as Metal Gear Solid or Call of Duty , Phantom: the Covert Ops is built on the nervous missions of Black Ops, accented explosive places. Approximately 6 — 8 hours the game offers the right amount of content to satisfy your desire for intense covert war, and at the same time, never abusing her “hospitality”.

Action Phantom: Covert Ops takes place entirely from your tactical kayak. To navigate the massive complex, you’ll use your controllers to work their way through a number of narrow waterways. VR kayak feels quite shaky, allowing you to lean left or right to change direction, turn the wheel and push against solid objects oars. Along the way you will be presented with various obstacles, from an enemy guard and patrol boats up to night vision cameras and trained snipers. Fortunately, each environment has a number of items that you can use as cover, including dense thickets of reeds, docks and overhead crossings, hidden tunnel system and various other obstacles.

There are also several non-human threats, such as automated turrets and deadly water mines. Every situation can be solved in various ways. One level, for example, gives you the opportunity to approach a certain goal from several different angles. You can choose the route And take the risk to be spotted several armed guards, or choose route B and take the risk to fly into the air among a large concentrations of water min. You can also distract enemies by shooting certain objects located around your environment, such as fire extinguishers and alarms. Whenever you find yourself under enemy fire, expand your Arsenal of weapons to even the odds. Remember, however, that you are sedentary goal in this kayak, so stick to the shadows as I can.

Each mission has a new objective, as you move deeper into the complex General Zhurova. Many of these jobs include penetration into the protected area and use a blowtorch to break into, and then sabotage the key sources of supply. Along the way you can use your binoculars to identify objectives and potential distractions. Sometimes you will encounter really bad guys that you can get extra points. At the end of each mission your performance is evaluated based on your stealth, homicides and speed. 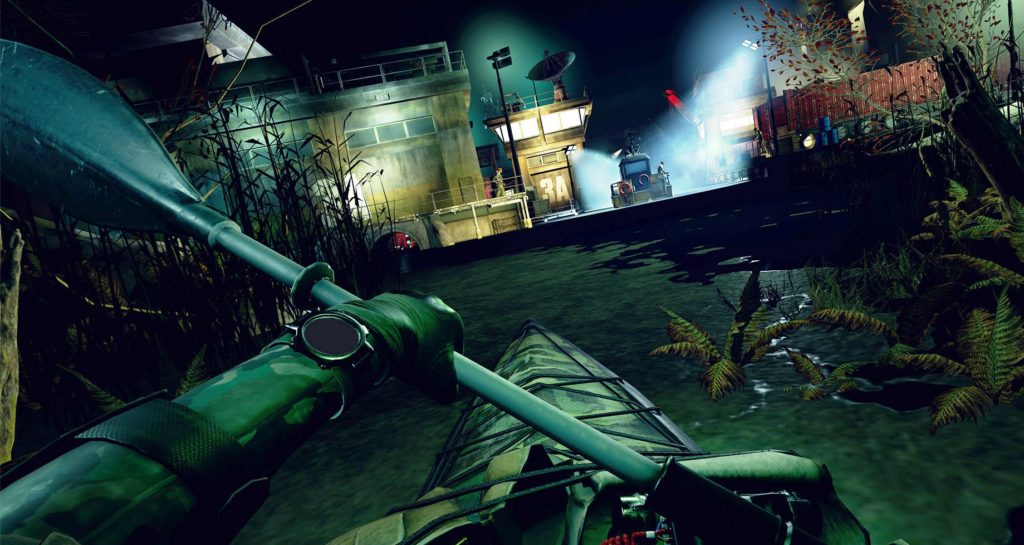 One of the coolest aspects of Phantom: Covert Ops is a mode of testing. Completing missions with a high enough rating, you will unlock additional tests, maps, and modifiers of the game that you can use in the main campaign. This includes additional kayaks, more powerful weapons and other settings. You will also unlock a series of challenge cards, each of which has different obstacles to overcome. One call puts before you the task to eliminate a certain number of enemies for a certain amount of time; the other requires you to move through the narrow waterways teeming with water mines. These tasks, though simple, are a great addition to the linear campaign, adding some much-needed additional playability to the core experience.

While the phrase “tactical kayak-shooter” in the beginning it will make you smile, after spending a few hours in a military kayak, you might say: “”Phantom: Covert Ops” is one of the most refreshing stealth VR games I played on the Oculus Rift and Oculus’s Quest. Realistic movement of the kayak, carefully furnished and magnificent scenery make this game a virtual reality one that is definitely worth a try, especially if you are a fan of classic stealth games such as Metal Gear Solid and Splinter Cell .

Phantom: Covert Ops is available for $ 29.99 on the Oculus Rift / Oculus Rift’s and Quest support cross-buy.