Overview Medal of Honor: Above and Beyond

Overview Medal of Honor: Above and Beyond 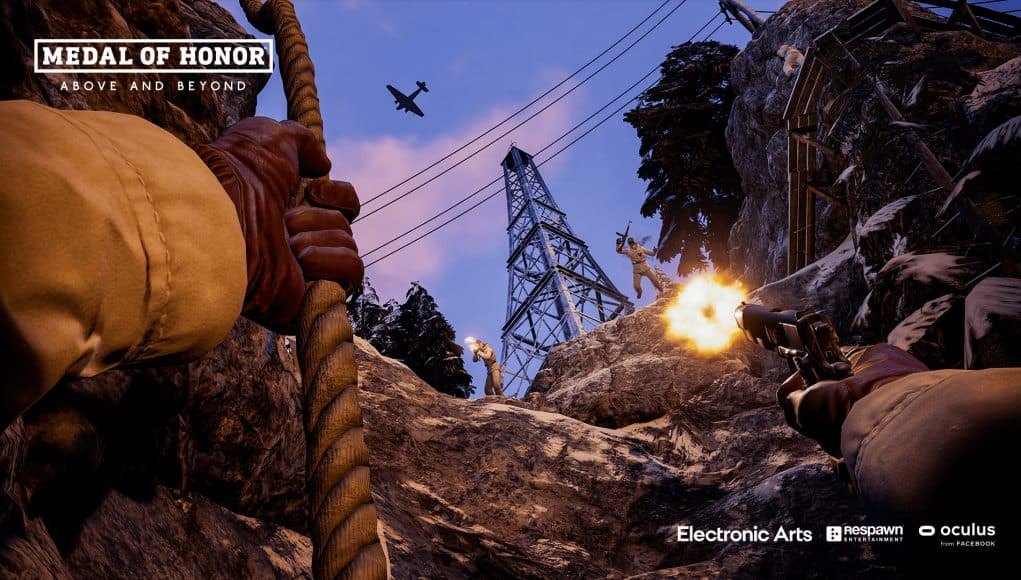 Medal of Honor: Above And Beyond Review — the Campaign

It is obvious that Medal of Honor has always been dedicated to the war. In particular, the Second world war, rising to the first game drew inspiration from “Saving private Ryan” before they debuted on the original PlayStation.

Over the years, Medal of Honor fell out of the field of view, and for more than eight years of lies, covered with dust, on the shelf EA after a lackluster start Medal of Honor: Warfighter in 2012. Now Medal of Honor: Above and Beyond is aiming to get back to the series, this time exclusively in VR, but it is a complex decision that is difficult to understand what Respawn did it in virtual reality.

On the one hand, Medal of Honor: Above and Beyond is more than a 10 hour campaign full of breathtaking scenery, iconic places and great attention to detail. It doesn’t take long to understand why this requires nearly 200 GB of space on your computer after complete installation. But on the other hand, it is clear that this is the first VR-game Respawn. Because of the frequent tedious loading screens and a complete lack of connectivity between 54 “scenes” of the game it’s more like assembling than real coherent narrative.

The entire game consists of loosely linked scenes, each of which is filled with long loading screens. For example, you may find yourself at a table listening to a group of French resistance fighters discussing their plan to disrupt German train, followed by a transition to black and awkward, “Victory!” and a small sound effect that replaces the loading screen. Then you will find yourself in the back seat of the jeep that takes you on the battlefield. After a few minutes of conversation the screen will darken again and you are going to ambush a group of soldiers.

“Victory!” appears on the loading screen after each individual segment of the level, even if it was just to talk NPC (non-player characters). It makes no sense.

The whole game is the same. You cast a short series of content, wait until it has loaded, and then transported to another location. It’s a bit like if you took a typical mission from games such as Call of Duty and chopped her to pieces. Part of the problem with being addressed as development of the game, the level segments are longer and more difficult, for example, intense air battles — but the problem still remains. 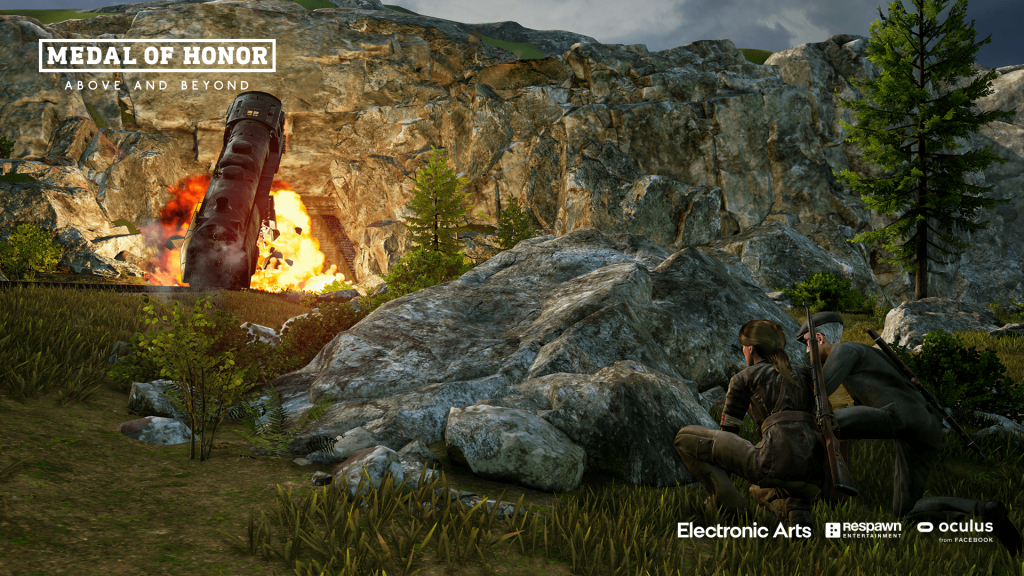 It is very frustrating, because from time to time, Medal of Honor: Above and Beyond demonstrates excellence in creating a Hyper-concentrated moments thus, as it can only make large-scale AAA game.

For example, it looks pretty good pump-action combat shotgun in Medal of Honor: Above and Beyond. Respawn shows excellent balance between accessibility and realism of most weapons, and the shotgun as a good example. After each shot you down their not dominant hand to reload, aim, shoot and repeat all the steps again. It looks fantastic, and the recoil is enough to really seemed that you shoot real guns — or at least as much as allow current tactile sensations in virtual reality.

Smartest thing the developers did here is that instead of require you to reload individual shells, they just automatically reload for you, like magic. First, it slightly breaks immersion, but the tradeoff is worth it. You can focus on the rest of the game (aiming, shooting), it won’t take the part that is never as simple as it should be, given random problems with the tracking controller, and occlusion. 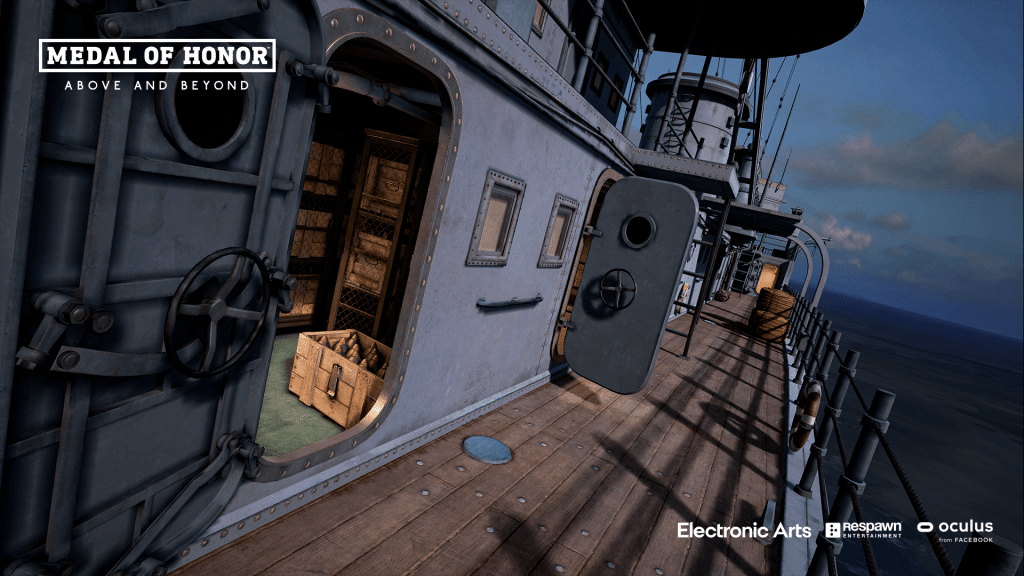 Options of comfort in Medal of Honor: Above and Beyond is actually pretty extensive. In the game, among other things, there is a mode of the seat and the ability to enable and disable screen shake effects for things such as damage and explosives.

Squatting under the window, diving for cover, pull the corner of the head, etc. can really improve the experience. It’s not technically a shooter in its purest form, but it can also be played as a shooter, and it makes firefights much more intense.

It is separately possible to consider artificial intelligence. There are many questions for the AI in the game, since NPCs often behave, to put it mildly, strange. Just wish the NPC AI was consistent. Sometimes the allies literally just stand in an open field and get shots, not budging. Sometimes the enemies just stand up, stop, and then start shooting, it’s like giving you a chance to kill them first.

Medal of Honor: Above and Beyond is absolutely insane hardware requirements. The game requires at least 200 GB free space, I mentioned that it is preferable to SSD, and then in the recommended specs is requested “RTX 2080 or higher” with i9-9700k. This is an extremely high level, even for VR, and it’s a little unreasonable. The same i5-9600k with RTX 2060 Super is not absolute cutting edge, but they should allow you to play new games in 2020 without variable resolution and stuttering frame. Medal of Honor defaults to “AC” permit, which reduces it to pixel quality, if your system is experiencing difficulties, but the criteria for when this happens is arbitrary.

However, with time things are getting interesting. Bright side of the big number of loading screens that break the game in many segments is that each scene is really unique. Hardly a lot of assets (repeating things), re-used, if ever used in this game, and many levels seem and look quite open. They just don’t add up into a dynamic game with a coherent narrative.

Medal of Honor: Above And Beyond Review — multiplayer

Multiplayer in Medal of Honor: Above and Beyond is very exciting. It is difficult to say which of the major network VR-shooters to give away the first place (Firewall Zero Hour, Population: One, Onward, Contractors, Pavlov, Solaris), but Medal of Honor may be at the top of the list.

The reason is that offer multiplayer for Medal of Honor: Above and Beyond has all the same great mechanics of the weapons from the campaign mode, which seem to be extremely good balance between accessibility and realism, but since you play online, it fully eliminates all problems related to rhythm, sound and loading times. As soon as the battle begins, you may have to wait a few seconds before the Renaissance, but even then you will still be able to look around and customize your gear between “lives.”

It is a pity that in online mode there is no greater depth. There is no mechanics of development, and also unlock character skins in the single player campaign you earn nothing for the time spent playing. Nice to have a shooter that really adheres to the old design philosophy and puts on the first place fun and challenging gameplay.

Leaves much to be desired and the variety of guns. Of the eight types of weapons, two are the same, only one has the gun, both gun are very similar, but the rifle and the M1 Garand are very similar. Also, there are no game modes — mostly it’s just four version of the game “to the death”.

On the other hand, the card is just gorgeous. All 10 felt distinctly and uniquely with some really impressive environmental effects such as fog at the level of “Crash snow train” or any drill debris surrounding the crashed plane at the level of “Church.”

Fortunately, you can also just play with bots or invite friends to a private party to play co-op mode against bots or in small teams if you want. AI not so smart, but it’s better than any options bots.

While the cross-line between two Steam and Oculus, you can’t invite people to your party from another platform. Multiplayer parties are either “Oculus Home only” or “Steam only”. 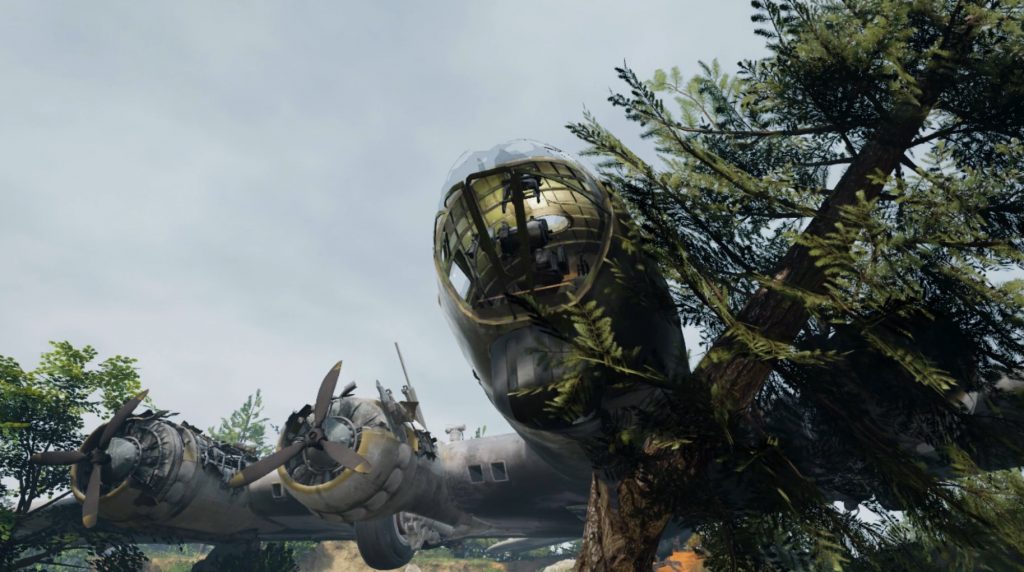 The last two pieces of the puzzle Medal of Honor: Above and Beyond — a gallery or archive the actual filming, full interview made on the set and more, telling stories and places of the Second world war. This is one of the best digital sources of information about world war II.

There is also a survival mode. This is exactly what it sounds like. You will fight off waves of Nazis that will rush into the map and force you to defend. It’s very simple, but at least gives you a quick and easy way to dive into the fight without first having to progress through the storyline. However, the support of the co-op could really help improve it. 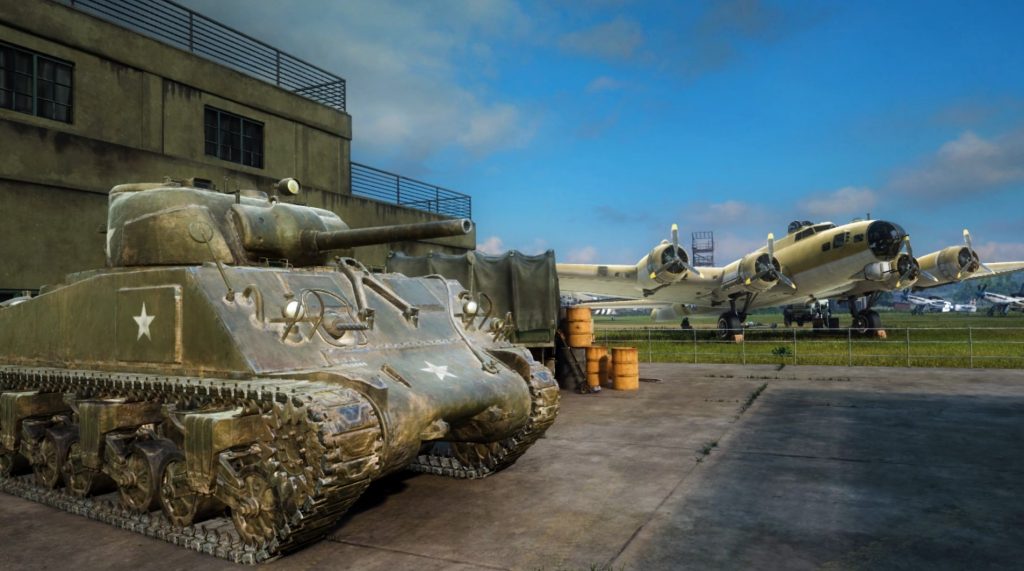 Medal of Honor: Above And Beyond Review: the verdict

Medal of Honor: Above and Beyond can be both frustrating and captivating, but behind it meaningful VR-shooter, which includes several aspects of a successful AAA game. This is certainly not enough to make the game mandatory for gamers, but there are a lot of bright moments. If you want to take a VR version of Second world war with exciting scenes of authentic historical images and addictively fun multiplayer online mode, you will be satisfied. But if you are looking for an exciting story wrapped in the ultra-modern the evolution of game design VR with a high rate — you can expect disappointment.