Orthodoxy sure, astronomy is not? Teacher vs 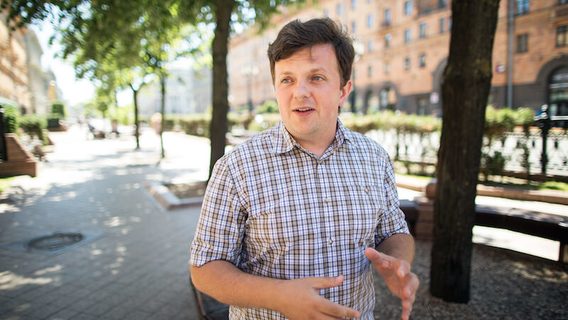 The Ministry of education makes the public discussion of school curricula, reports “Nasha Niva”. So Belarusians can choose to study their children astronomy in the framework of mandatory programs or optional. The same patterns can be studied and drawing, or just without assessments.

Two electives can add — ethics and psychology of family life and the fundamentals of Orthodox culture. The second is invited to consider younger students or fifth grade.

dev.by discussed the proposal of the Ministry of education with a teacher of astronomy and famous Belarusian astrophotographer Victor Malysian. It it resent.

— I have to say, it is not about how to remove one object and instead enter another, Ministry is simply interested in our opinion. But we know: if a question arises, it is possible that somewhere above already, decisions are being made and ask the so for show.

In my opinion, astronomy is one of the important objects, it shapes a person’s worldview. It gives a complete picture of the world in which we live, and in this respect it is no worse than geography or biology, for example.

And I look at my students with such admiration watching the SpaceX launch, come and tell us: “Yesterday, the rocket exploded” or “the run was successful”, — interested. Space technologies and, accordingly, a fundamental knowledge of astronomy is the future.

Victor said that astronomy is “one of the most impractical things”. However, we should not focus on criteria of practicality, insisted the teacher.

— Many of us in the Bahamas or in Antarctica never go — but we study geography because I want to know their planet, and because the task of the school is to not give a specific profession, but a General concept about the world in which we live. But astronomy only expands knowledge from the scale of the Earth to infinity, from a few thousand years in human history, to billions in the history of the cosmos.

I specifically looked at: in many developed countries — in USA, in Germany astronomy is also necessarily taught in schools. In Germany in some schools there is no computer science, no literature — and astronomy is. In Russia in the early 90’s astronomy was removed from the curriculum, but 2-3 years ago back.

Victor notes that the MoE aims in particular to simplify the curriculum, to reduce the load on the students — parents constantly complain that children are hard. However, in the “hothouse environment” where Malisic, Lyceum of BSU, students are coping with the programme and love astronomy and studying with interest.

— Often heard complaints about the fact that astronomy is taught poorly. Yes, there is such problem: some physics teachers do not want to strain to learn the subject well and therefore show a couple of movies, give kids two or three of the abstract, and then replace astronomy with physics lessons. But this is more a problem of the whole education system, the object itself is not guilty.

Her Facebook Victor jokingly wrote: let’s then instead of astronomy to study astrology. In an interview with dev.by he notes that in fact, astronomy gives a good vaccine against pseudoscience and various drivel that we often try to “sell”.