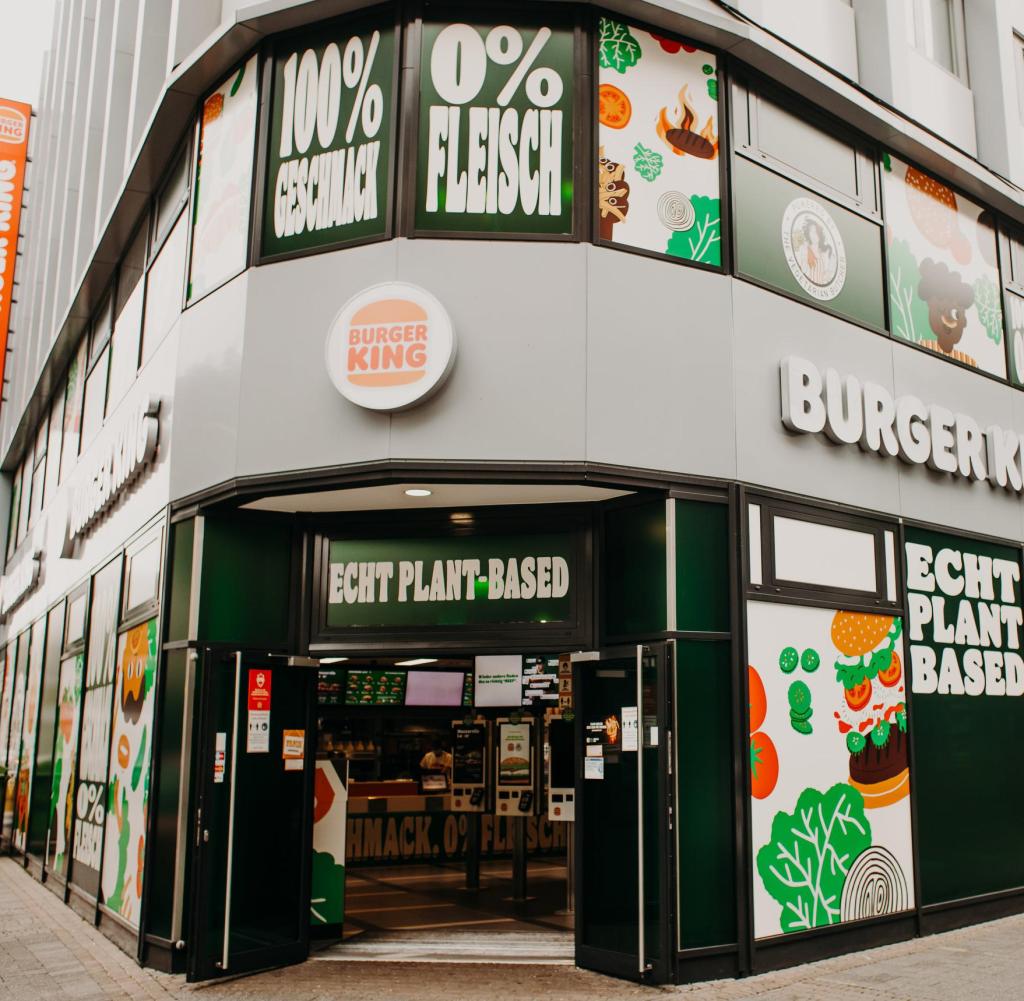 Burger King miscalculated. From Monday to Friday this week, the restaurant chain sells exclusively plant-based burgers in its branch on Schildergasse in Cologne’s city center. “Plant-based Burger King powered by The Vegetarian Butcher” is the somewhat bulky title for the pop-up store on the popular shopping street. But the concept works.

“We had to reorder goods on the very first day,” reports Germany BOSS Cornelius Everke in WELT-Gespräch. Although he had certainly hoped that the action would go well. “However, the current rush exceeds all expectations.”On Monday, for example, sales were as high as usual on a Saturday. And there was also plenty of frequency on the following days.

One reason for the high popularity for the Pflanzen-Burger-Restaurant in Cologne can be the re-start in the retail sector as a result of the sharply reduced corona incidences. Finally, after several weeks of lockdown, consumers are drawn back to the inner cities. So there is just a lot going on, which then also benefits the gastronomy on site.

Everke doesn’t attack that. But at the same time, the manager believes that there is also a great attraction from the products. “Customers tell us that they have made an extra trip to Cologne from surrounding cities to eat with us,” describes the 56-year-old.

In fact, Burger King has now made a name for itself when it comes to meatless meat-and has convinced plenty of customers: Every fifth whopper in this country is sold with a meat substitute patty made from soy and spices, reports the US chain.

And even with the plant-based chicken nuggets introduced only last autumn, the rate is already at 20 percent. “That surprised us,” admits Everke. But now he wants to use the momentum and establish Burger King as a pioneer.

“Others do the same, but not so consistently. We want to take advantage of this and take market share from the competition.”Because the topic of meatless has become established in society, says Everke and refers to the visitor structure in the Cologne pop-up store, which appears in dark green to match the action and whose windows are pasted with posters for the action:” We see the cross-section of society here, even if the younger generations are certainly somewhat outnumbered.“

A total of 14 different dishes are on the menu during the special promotion. This starts with the already established whopper and the vegan chicken wings and extends to new products that will only be available in other stores nationwide from autumn, including the Long Crispy Chicken, a whopper wrap or vegan mayonnaise.

The meat alternatives come from The Vegetarian Butcher, a Dutch company founded in 2010 by farmer Niko Koffeman and now owned by food giant Unilever. “In the coming weeks, we will analyze exactly what went well and what feedback the guests give us. And then we roll out the topic even more broadly“ ” Everke announces.

For the former Vapiano boss, meat alternatives are the big topic of the coming years in burger system gastronomy. In the medium term, he already believes that a share of sales of 30 to 40 percent with fast food on a plant basis is possible in his own company. Especially since Burger King does not focus on vegans or vegetarians.

“We deliberately address the Flexitarians,” says Everke. This refers to people who basically eat meat-but deliberately only very rarely. Almost every second German citizen now describes himself as such a flexitarian, shows a Forsa survey from November 2020.

In plant-based alternatives, these consumers see their own contribution to more animal and climate protection. This demarcation between vegans and flexitarians is important for the chain. Because all the patties – i.e. both those made from meat and those made from vegetable ingredients – are on the same grill at Burger King. Therefore, cross-contamination with beef fat can occur-at least if the classic menu applies again. But this is a no-go for vegans and vegetarians. Just like classic mayonnaise on the meatless burger.

Therefore, all products are only advertised as “vegetable”, but not as “vegan”or ” vegetarian”. Although some processes in the kitchen have been adjusted in recent months. The nuggets, for example, now come in a separate fryer with vegetable fat. And with the sauces used, in turn, purely plant-based alternatives will be available in the future, as Everke announces. But whether and when there will be two types of grills is not yet clear.

The kitchens and their processes are also the bottleneck in the planned further expansion of Burger King’s meatless range. “Our product development has worked well, we have a lot in the pipeline,” says Germany CEO Everke. And this goes beyond the planned innovations in autumn.

But he could not yet say what will be added to the market and when. It cannot be ruled out that there will be further weeks of action in advance, as in Cologne. “Further pop-ups are conceivable,” says Everke, according to which Burger King lost around twelve percent of sales in 2020 to around one billion euros in the 750 German stores Corona-related on a comparable area.