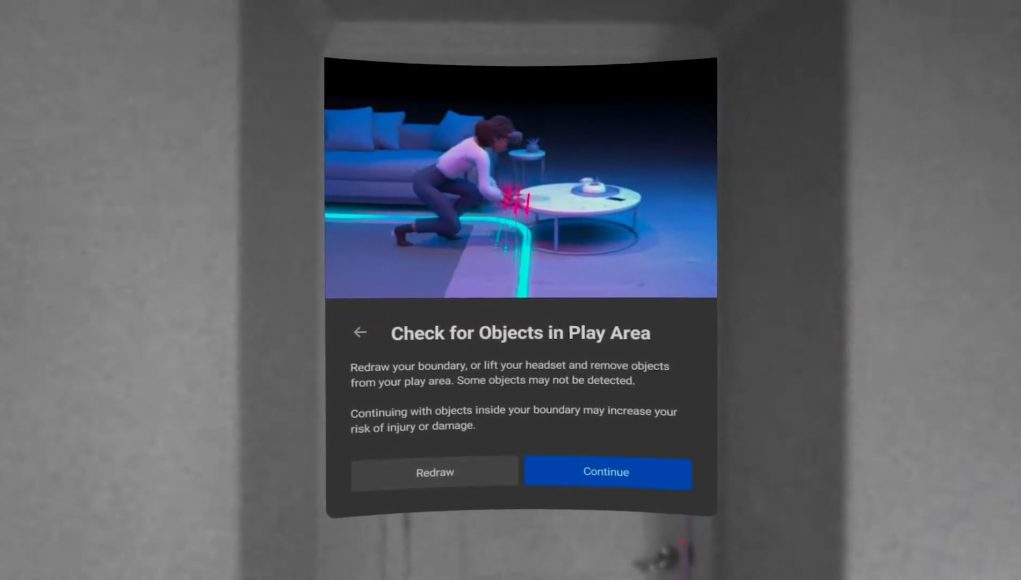 In honor of the first anniversary Quest Oculus Facebook today announced that popular standalone VR headset gets a new feature “Playspace Scan”, allowing the Guardian system to detect objects that may confuse you during the game.

Guardian, first released on Oculus Rift, 2016, allows users to define their play space before you move in virtual reality, reducing the likelihood of damage to the walls or broken TVs and furniture. With the release of Quest and Rift’s users can visually define the scope, which greatly simplifies the installation process.

The company claims that soon it will also add functions color settings in the Guardian, which will allow you to change it to blue, purple and yellow.

Since the launch in 2019 Facebook is doing everything possible to populate the set of features Quest, adding experimental hand tracking, which comes out of beta. However, it is unclear whether or not Rift’s new feature Playspace Scan; Rift’s still not got the hand tracking, so it is possible that Facebook is now focused on the Quest.

Many still expect to see the function of dynamic tracking of objects, which hypothetically will allow you to know when someone or something got in the predefined area of tracking. Doesn’t it also violate user privacy? — that is another question.