Oculus Link: 10 best games of Rift, in which you can play on the Oculus Quest

Oculus Link: 10 best games of Rift, in which you can play on the Oculus Quest 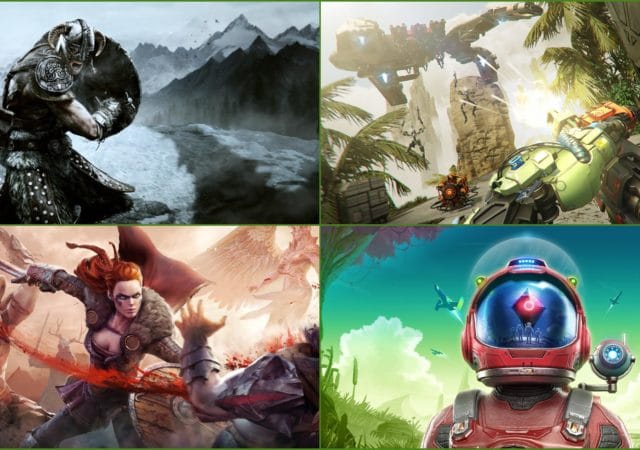 Oculus Quest is home to many great VR games, but more recently you can play games on your Oculus Rift headset thanks to Oculus Link.

Link now available in beta, requires a USB cable connection 3 to a PC. If you have all these things, you can get access to tons of content PC VR. But what games and apps you should definitely play?

Three and a half years since the launch of PC VR, and The Lab remains one of the best VR experiences you can get on this platform. Collection of mini-games Valve offers a taste of the brand of humor and, more importantly, a template for an incredible virtual reality interactions that separate this new technology from its traditional gaming roots. Plus, it’s free.

GORN is a VR arcade action game from the creators of Broforce and Genital Jousting, where players battle in arenas in the role of gladiators. Players expect a lot of weapons, realistic physics, and based on her combat system that allows you to work with opponents of different bad things.

In the game L. A. Noire: The VR Case Files you have to try on the role of detective Cole Phelps to investigate violent crimes, intrigues and conspiracies inspired by real events of 1947, one of the bloodiest periods in the history of Los Angeles.

Game from the creators of Heavenly Sword, Enslaved: Odyssey to the West and DmC: Devil May Cry journey into the depths of legend and madness.

In the era of the Vikings exhausted the Celtic warrior goes into a horrible land of the dead to fight for the soul of the deceased beloved.

It turns out that Skyrim VR is, well, Skyrim! Bethesda has done an incredible job, moving its legendary role-playing game for PC VR headset, offering a huge open world to explore with quests that require many hours of effort. Plus, when you add mods, Skyrim is getting its own VR Metaverse of possibilities.

5. Wolves in the Walls – Oculus Home

There are times when a lot of amazing experiences from virtual reality to border on games, movies and something completely new. Wolves in the Walls from Fable Studio is the best example. In this interactive story you made friends with a young girl. The storyline will go all out to make the bond between you is so natural as possible. If you are looking for something other than games, that’s it.

Classic science fiction, its diversity and unique spirit of adventure come alive in creation Studio Hello Games. No Man’s Sky is a game with incredible scope and ambition. You will explore an infinite universe, discover countless unique planet and meet never-seen-before life forms.

Stormland – shooter for virtual reality helmet, which takes place in a world populated by androids. As one of them and you have to speak. You will be able to climb rocks, descend into the gorge or fly for the air flows, to fight with the electric weapons and explosives, to play alone or in cooperative mode with a friend, and much more

Lone Echo is a space adventure sci-Fi action game for the Oculus Rift. The player will play the role of a humanoid robot Jack working on the space station side by side with people and helping them to cope with difficult situations.

Our hero hankering for the divine, the unfathomable — he asked Loki, God of deception, immortality, godlike strength and subordinates. Asgard’s Wrath is a role — playing game in first person with excellent graphics, worked out in detail; with an interesting plot, divided into additional quests and simulator sandbox to farm. This is a game about how one death wanted to be godlike, but will not lie to Loki this time?

And finally, Grand Prix: the Edge of Nowhere – Oculus Home

Edge of Nowhere is an adventure game from Insomniac, which is set in the Arctic. The main character of the game to find traces of the missing expedition, trying not to die under tons of snow.