Nreal Light: the opinion of the tester about the AR glasses

Nreal Light: the opinion of the tester about the AR glasses 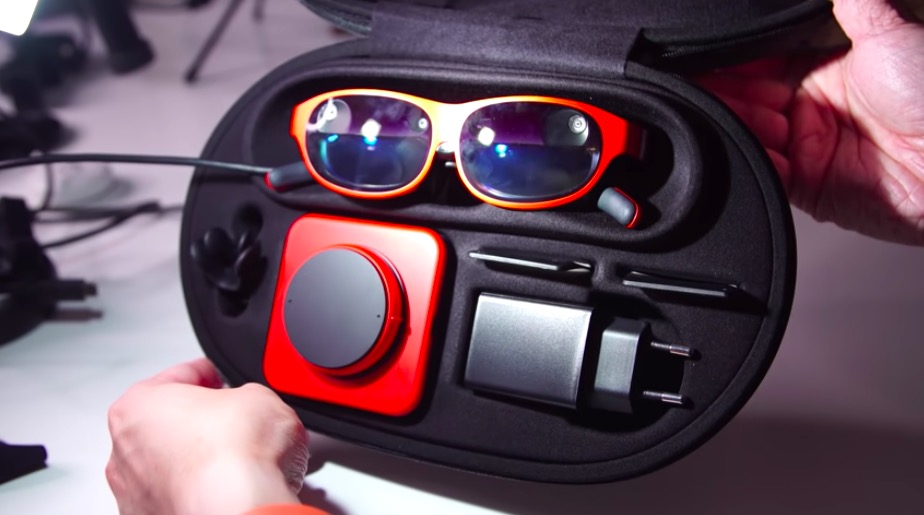 YouTuber Norman Chan during the week tested the developer kit Nreal Light. What conclusion he made about AR headset?

Nreal Light technically and economically positioned between the ultra slim smart points to transfer data such as North Focals , which can only show simple notification and powerful, but clumsy high-performance devices such as Microsoft’s Hololens or Magic Leap. Glasses AR from Nreal needs to be released at the end of this year, and can accommodate a lot of technology just in the frame, reminiscent of sunglasses, and cost at the same $ 500.

In the introductory part of the video Norman Chan discusses this technique and explains the characteristics of the optical system, which redirects the light and color signals from two FullHD displays and projects them onto a darkened lens. The result is a stereoscopic three-dimensional digital image, where you still can see the physical environment.

A lot of technology in a confined space

Eyeglass lens attached to the frame, so there is no manual knob interpupillary distance. However, AR glasses are optimized for people with the distance between the eyes from 53 to 73 millimeters .

Chan is the upper acceptable threshold, and he had no issues with blurred images, malaise or headache. The headset he could wear perfectly over its own points. Those who do not want to, can stick magnetic corrective lenses.

Most of the equipment is at the top of eyeglass frames. These include motion sensors, two black and white cameras for spatial tracking, RGB megapixel camera for photos and video, ambient light sensor and proximity, as well as dual microphones and stereo speakers. 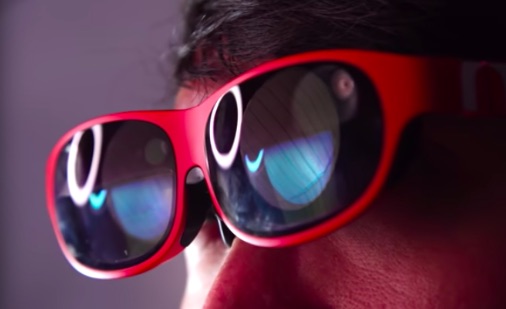 In the case of development kit the processor and the battery placed in a pocket computer which is connected to the points AR via the USB cable C. Instead, the version for end-user connects the cable to the smartphone, which serves as additional 3DOF controller is a pocket PC.

Chan praised the quality of the image points AR in the highest tones: the impression of the image was plastic, sharp and contrast. The details were well known, and the lyrics are perfectly readable. However, this can be done only in the case if you use AR glasses in the room. Outdoor, the picture is vague, so it is only conditionally suitable for outdoor use.

Diagonal field of view is 52 degrees. Chen says that when it comes to optics, there is an ideal distance to the object AR, which corresponds to the fixed focal plane of the points AR. The tester noticed that the pixels move a little bit when he quickly moves his head. This may be due to the low refresh rate of 60 Hz.

Tester praises spatial tracking and describes the binding of AR objects in the room as “durable”. You can leave the room and return, and digital object will still be in the same place. Chen is not umbel to notice that physical objects obstruct the digital. He hoped that a software update can help. 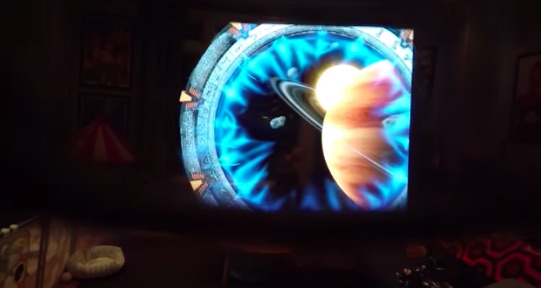 AR glasses are not (yet) a replacement of the smartphone

AR glasses weigh 88 grams and is very comfortable. However, he did not want to wear them all day. Rather, the big advantage of AR glasses is that they can quickly and easily put on and take off to view the exciting content.

“Nreal Light should complement the smartphone, not replace it,” says Chen

The tester could test only the developer kit along with a series of demonstrations, which prove, however, that Nreal Light is able to display detailed graphics. How to look super-cool application for such technical points and wants users to put on glasses more than once, we can only guess.