Miniature the concept of the "Beat Saber" — the future of AR gaming?

Miniature the concept of the “Beat Saber” — the future of AR gaming? 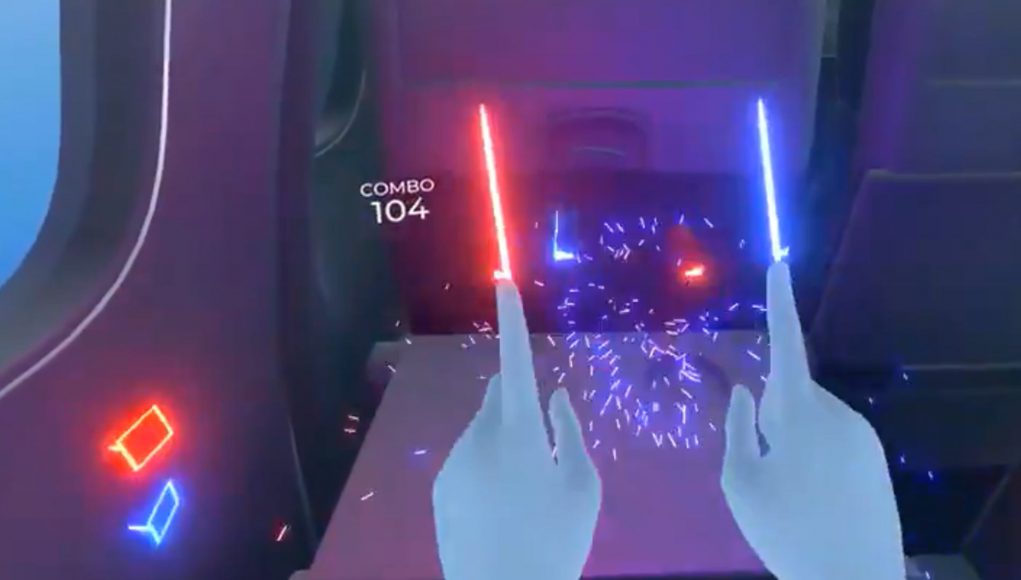 At the end of last year, Oculus released optical hand tracking on a Quest in an experimental feature, and since then the developers demonstrate their own unique and creative ways of integrating the user’s hands in virtual reality. And again we look at the developer Daniel Basama that inspires future design of the XR, since it has collected literally a mini version of Beat Saber.

Over the past few months Beauchamp was busy creating a large number of high-speed prototypes, many of which have been seen in recent times. I think he knows how to create fun and interesting game concept, which, if I may say so, to some extent, reckless.

However, recent work of Bosham called Miniature Beat Saber, gives us a glimpse into the future of AR games, using as background the virtual interior of the aircraft.

View the video below, which Beauchamp slices through the flying blocks with their fingers with luminous mini-swords, presumably while he waits for the flight attendant, carrying his lunch.

Beauchamp, head of VR and AR in ecommerce Shopify actually makes their public prototypes in his spare time. He revealed his design philosophy, stressing that the speed and stupidity is his personal way to create new things.

“One of the best ways to discover new and powerful ideas to develop foolish ideas. This is what I do with the hand tracking. Instead start with “How can I create a useful product with the hand tracking”, I play with many small ideas, which bring a smile on the faces of people. They may seem random, but I learn so much about what is possible with technology and interactions that can be applied in other places,” said Beauchamp. “I wish more developers did this VR. Do not burden yourself with creating a game or creating a whole product. Build lots of little things, no matter how silly they may seem. You’ll be surprised at how much you learn. And it’s not much sillier than cleaning virtual blocks after the game.”

It is expected that the hand tracking in the Quest, in the end, will leave its experimental status behind and become a full function headset.

If you want to see more creations from Daniel Bosham, be sure to follow him on Twitter.