Microsoft suggested to change virtual reality into the field of view

Microsoft suggested to change virtual reality into the field of view 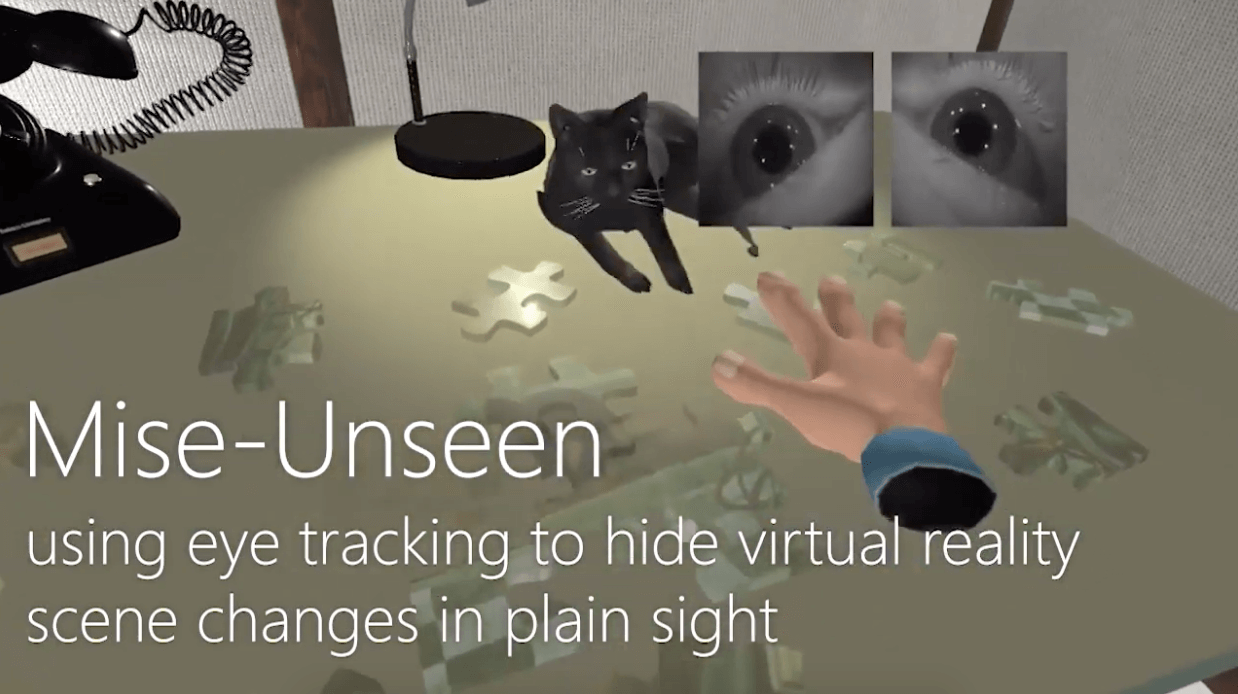 Developers at Microsoft have proposed a method allowing to seamlessly change the virtual environment by using the VR helmet. To do this, the authors propose to track the direction of gaze of the user, and to distract his attention, and at this time to change the environment in the field of peripheral vision. The authors suggested several applications of the system. For example, they propose to determine what picture style to attract the user, and discreetly arrange the exhibits in the virtual exhibition in accordance with this. Development was presented at the conference UIST 2019, article published on the Microsoft website.

Engineers used a VR-helmet HTC Vive Pro and the eye tracker PupilLabs. In addition to tracking the direction of gaze, the system allows to estimate the cognitive load on the user and his attention on the basis of the diameter of the pupils, the frequency of saccades (fast, strictly coordinated movements of the eyes, occurring simultaneously and in the same direction) and other factors. This allows you to adjust the environment under a person’s reaction.

The developers have created several programs for the demonstration. In one of them the user is in the virtual Museum. The system keeps track of which paintings are riveted his attention, and can quietly change a picture on the edge of the field of view in accordance with the preferences. In another demonstration the system draws the person’s attention to a moving cat, and at the same time, changes the location of the elements of the puzzle so that connecting part is closer to each other.

Previously, the tracking direction is already used in an unusual way. Perhaps the most notable example is from the work of American researchers, who proposed to solve with the help of sensors the direction of view the problem of the limited size of the virtual world dimensions of the room in which the user is located. They developed the system detects the saccade of the person, and at this point a little bend in the image, causing the user to involuntarily turn in the appropriate direction. This allows you to redirect the user and quietly for him to drive in circles in a small room.