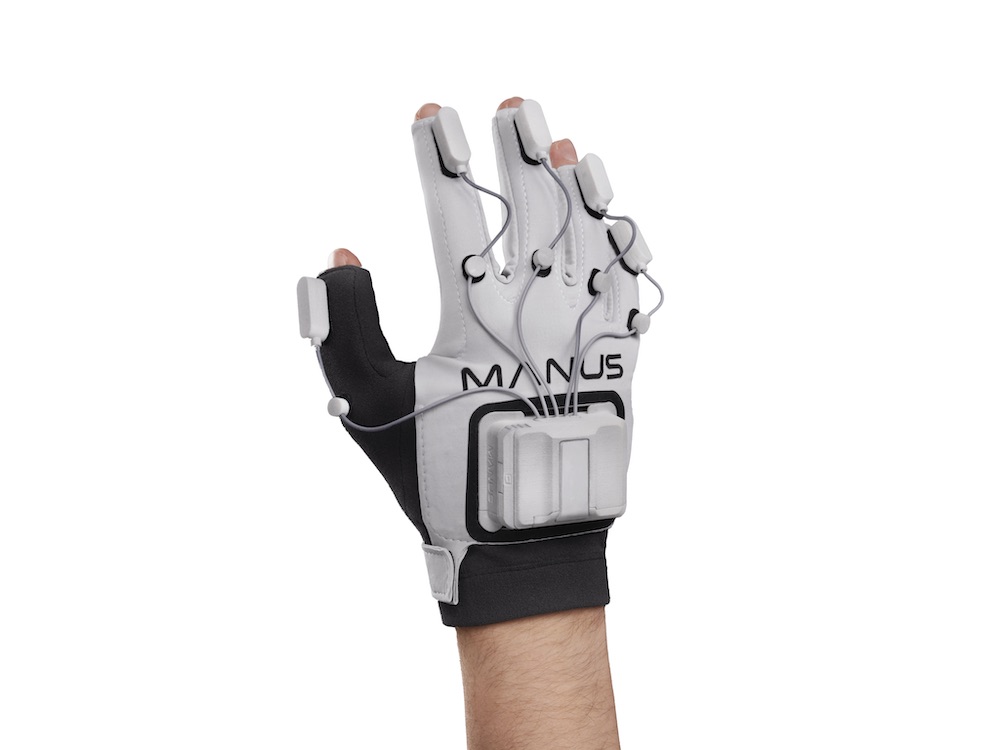 The glove of the data entry of the second generation Manus Prime brings a lot of improvements.

New gloves became black and white and has been thoroughly technically reviewed. Motion sensors now measure two finger joint and offer tracking 11DOF for each finger. Even a complete pulling of the finger now fixed correctly. Calibration of individual hand size is 45 seconds and is performed using three simple gestures.

The battery attached to the back of the hand, now works for five hours and can be replaced without having to recalibrate gloves. In addition, the gloves can be charged via the cable during use.

If you want to wash the gloves, you can first remove all the electronics. Manus offers cloth gloves separately. Thus, users can always use their own gloves and, if necessary, to connect them to electronics.

Manus and Manus Prime II Prime II Haptic offer additional holder for tracking of third party equipment such as Vive Tracker, with which the gloves are read in space.

Gloves are working with Oculus Rift’s Quest through Oculus Oculus and SteamVR Link with compatible headsets. Developers need to integrate support into their software using the plug-in Manus. Plugin available for Unity, Unreal Engine and Motionbuilder.