Kayak through the marble caves in Aysén

Mathematically, each of the 100,000 inhabitants has a square kilometer to themselves, but most live in the capital Coyhaique, the hub of tourist expeditions into the wilderness. Most of the few visitors to Aysén, which is part of Chilean Patagonia, are drawn to the Bernardo O’Higgins National Park.

Chile’s largest protected area in the Andes, named after the independence fighter and first head of state of Chile, welcomes its guests coldly: large parts are covered by Campo de Hielo Sur, the largest ice field in the Southern Hemisphere outside Antarctica. It is about the size of Schleswig-Holstein and stretches across the border to Argentina. Glacier tours are offered on foot and by boat, for example along 70-meter-high ice walls in the San Rafael Lagoon, where albatrosses and sea elephants live, the largest seals in the world.

Tens of thousands of Magellanic penguins breed in the Isla Magdalena National Park on the Taitao Peninsula. Those who come to Aysén must love challenges, loneliness and functional clothing and sometimes accept a domestic flight in the country with little roads. In summer, i.e. in January, it gets really warm in Aysén with over 30 degrees. The town of Chile Chico on Lago General Carrera is therefore also called “City of the Sun”.

Lago General Carrera is already a shimmering turquoise beauty. Chile’s largest lake, which spills all the way to Argentina, is fed by cold Andean rivers.

From Puerto Río Tranquilo, excursion boats and kayakers head for unique caves, sometimes blue, sometimes pink, sometimes white-edged cavities in the rock that the water has washed out of a huge block of marble for thousands of years. The so-called marble chapel is a popular photo motif. 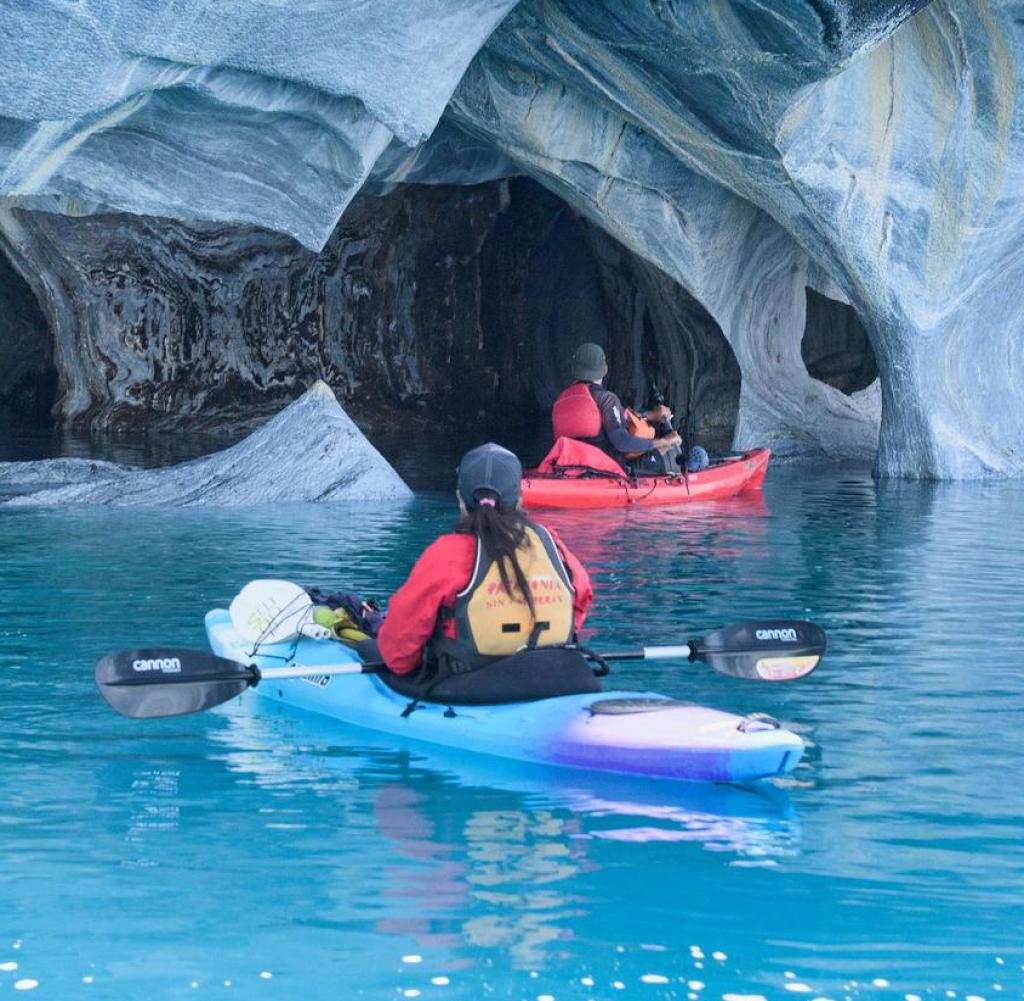 How the volcano Mate Grande got its name

Stimulating and sweaty: Mate tea is a popular drink in Aysén-as in other South American countries. The caffeinated hot drink is traditionally prepared in hollowed, dried pumpkins, called calabashes.

Mate culture is so popular in Aysén that a new volcano discovered in 2016 south of Coyhaique was named Mate Grande because its cauldron resembles a calabash. At 1280 meters, the Mate Grande is similar in height to Vesuvius, its crater has a diameter of five kilometers. Inside, however, is seething magma, not mate.

One of the smallest deer in the world

The southern Pudu must beware of the eagle owl or the forest cat – because the carnivores could kill him, there in the mountain slopes of the southern Andes, which he roams preferably at dusk in search of food. It is one of the smallest deer in the world and, with a shoulder height of less than 40 centimeters, is hardly more impressive in its appearance than a hare.

The antlers of the pudus hardly deserve the name, young animals do not even weigh a kilo. Notable occurrences are in the Laguna San Rafael National Park. The South Pudu (Pudu puda), which is listed as endangered by the World Conservation Union (IUCN), is only undercut by the North Pudu (Pudu mephistophiles), which is native to Ecuador, Peru and Colombia, and whose body is somewhat squat. 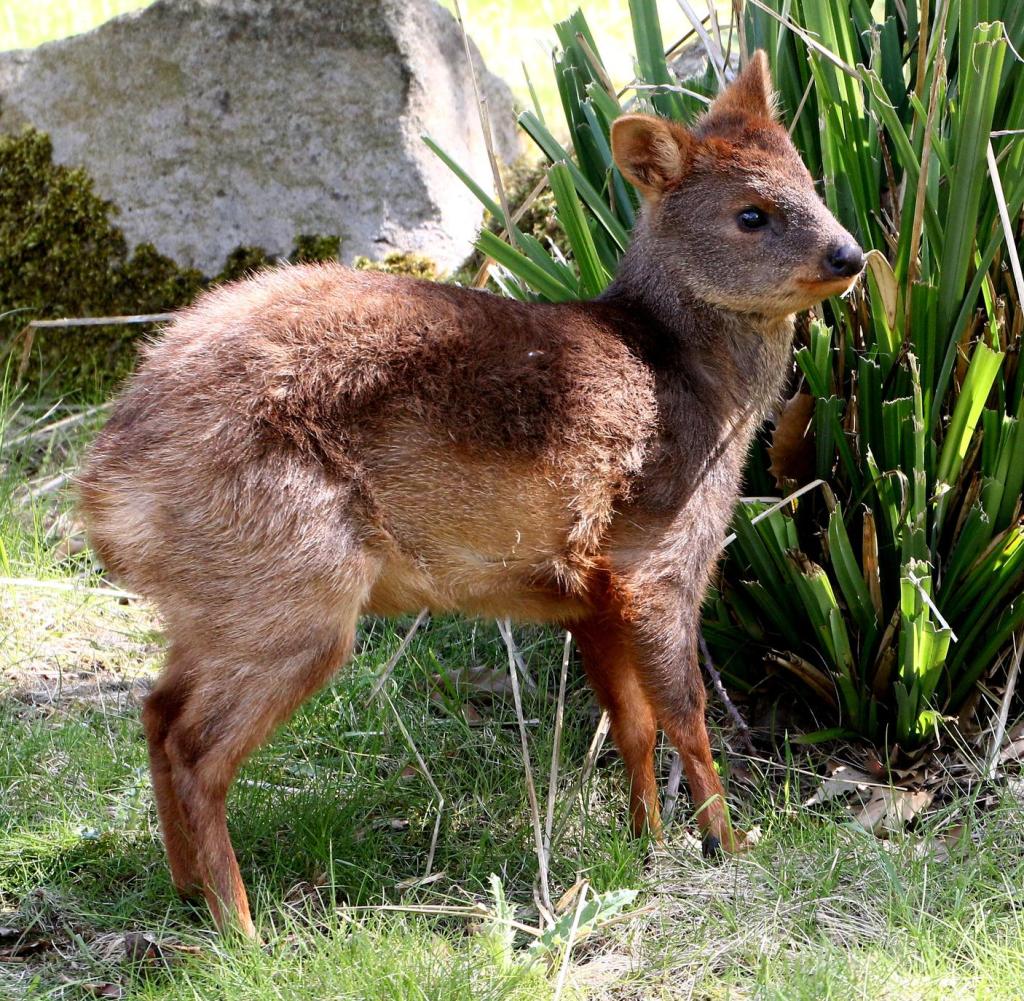 Sheep in the Pampas

The expanses of the Pampas in Aysén are the realm of the Ovejeros, the sheep farmers. Sheep farming is one of the most important economic activities in the region – this is also proven by the monument to the shepherds Monumento al Ovejero in the capital Coyhaique.

Originally, the pampa was a huge forest area where indigenous tribes lived. The Spanish settlers cleared the forests, the indigenous people were displaced or exterminated.

The Carretera Austral is ideal for a road trip

The Ruta 7, also known as the Carretera Austral, measures 1,350 kilometres and winds its way through Chile’s south on long stretches of gravel and dirt. The” southern highway ” starts in the Región de los Lagos, but then runs completely through Aysén to its southern border at Villa O’Higgins.

The Ruta 7, the only main road, whose construction began in 1976 under dictator Pinochet, is a lifeline of Aysén, ideal for a road trip through Chile. The Panamericana, which runs further west, ends on the island of Chiloé and does not reach Aysén. 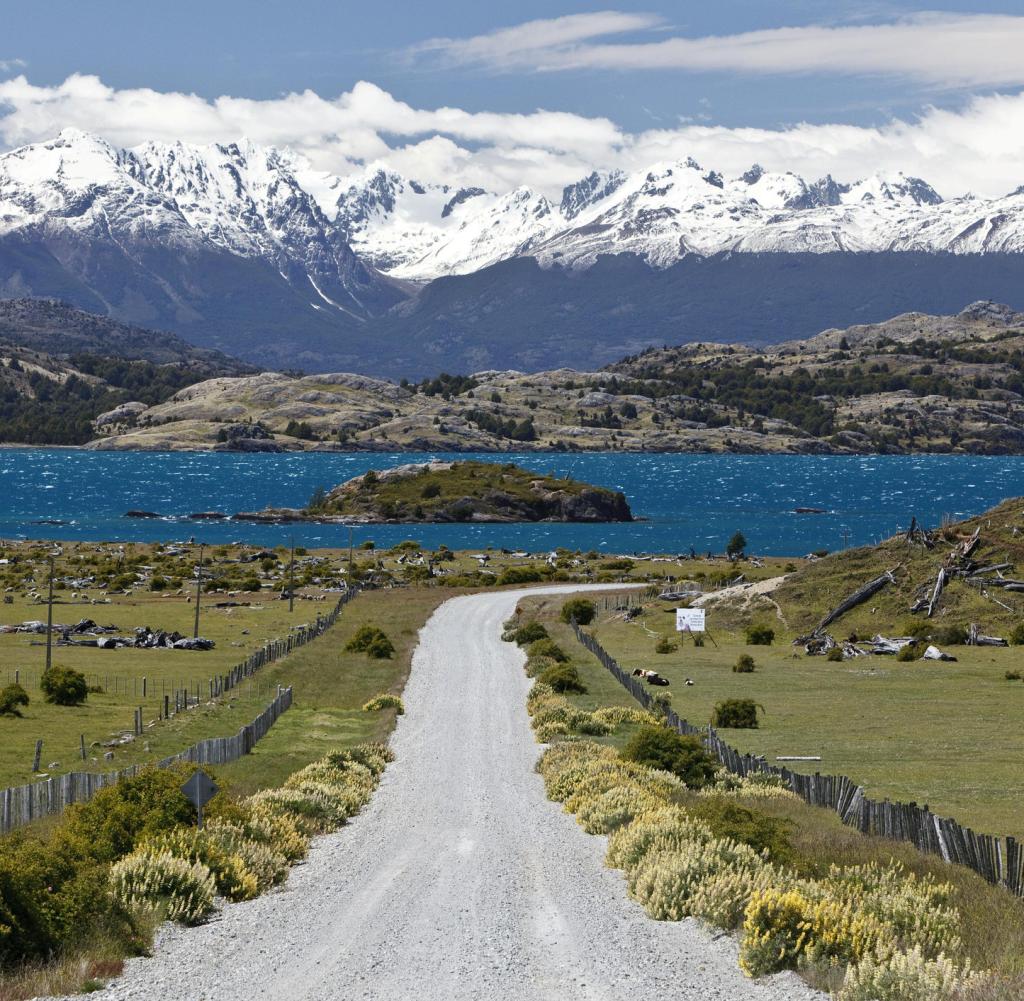 “Who hurries in Patagonia, wastes time”

This is an old saying that is often quoted in Aysén, part of Chilean Patagonia. Let’s take it as a travel rule: those who rush through the breathtaking landscape will not do justice to her or the people who take it rather relaxed.

If only because the journey by plane from Europe takes at least two days, you should have a lot of time in your luggage. Actually, the saying comes from a time when there were no roads in the area. One was exposed to nature and the elements, haste was completely inappropriate.