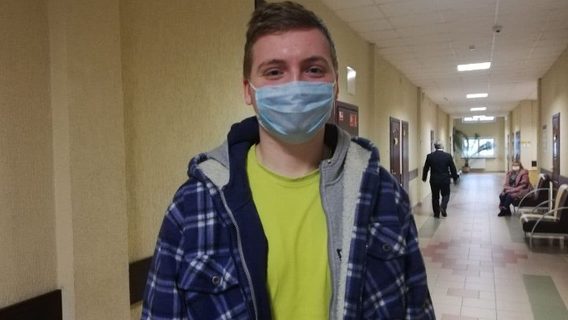 Today in Minsk was held the 8-th trial of the student BSUIR Jan editor-in-chief. The Partyzanski district court convicted students another 15 days, according TUT.BY.

Due to the timing of previous protocols behind bars Ian has to spend 114 days.

Jan editor-in-chief —the student 4-year student of BSUIR. He was detained on 1 November on a peaceful street procession and taken to the police Department of Partyzanski district. According to his mother, where he was interrogated, pressured, with the result that he admitted to 15 counts of participation in peaceful gatherings in August, September and October 2020.

Earlier, the mother of Jan editor-in-chief said “Our field” that the son was an Intern as an engineer in the Scientific and technical center of the KGB. After the arrest he was taken to KGB, where he wrote a letter of resignation. “Nasha Niva” supposes that the work of the Committee could cause such a harsh punishment.